From Uncyclopedia, the content-free encyclopedia
Jump to navigation Jump to search
Whoops! Maybe you were looking for Turkey (bird)?

Unlike its sibling, Israel, this country of imported Anatolians selling kebab is strictly secular, as it has been ever since Young Turks founded it to resist the Ottoman Empire. Turks are proud of their Central Asian roots, even though most are Greeks, Arabs, and Armenians in denial.

Atatürk serves both as political leader, national hero, and local deity. He holds court not only with executive decrees but national holidays. 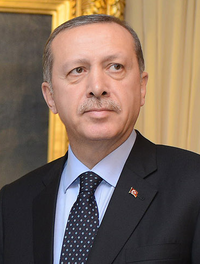 Historically, Turkey used to be a cool land before the Turks arrived, because Greeks were always pwning Trojans, Anatolians and everything else and eventually Hellenizing them, like a boss. However, their party didn't last long as Oghuz Turks arrived to Anatolia from Mongolia and pwned Byzantine Greeks. From this day Turks became the boss of Anatolia and damaged the name of "glorious" Greek nation. This is how the years-standing Greek-Turkish drama you hear in internet, forums, media and other bullshit started. As Turks became the sole boss of the land, they decided to convert to Islam and became sandniggers. Due to this, the Christendom got butthurt and decided the to pillage the land punish the Turkish warlord for the decision of becoming sandniggers.

After years of war the Turkish warlords understood their mistake when Kaykaus told his right-hand officer, "Dude wtf we're Turks not sandniggers, let's punish those sandniggers in Middle East instead". The decision of Kaykaus got appreciated by Christendom and the Seljuk Turks allied with Crusaders against Muslims in Fifth Crusade. However, this didn't go well because Muslim sandnigger general Saladin pwned them all. This failure got local lords inside Seljuk Empire mad so they all wanted to create their own sandnigger state. When Mongols attacked and pwned Anatolia, all the Anatolian sandnigger states earned their freedom. However, this time they began butchering each other. Among these, the Ottoman dynasty managed to rape them all and conquer them, and eventually the Byzantine homosexuals, they gave rise to their glorious empire which is later known as Ottoman Empire. The Ottoman dynasty, unlike other Turkish dynasties, were hardcore jihadists. They kept jihadding tirelessly to Europe, Middle East, Arabia (which is ironic because it's Arabs who invented jihad) and Iran. They jihadded, jihadded and jihadded... and reached the maximum size of territory. But unlike other jihadist empires, they respected their minorities... till that day.

Like any empire, due to rise of nationalism every nation they conquered kicked them in the butt. Even Turks. Turks got mad at the padishah because he was just sitting on his arse watching how foreign bastards fucking up Anatolia. Contrary to this, padishah got really mad at this and decided to help Allied powers divide Anatolia like a cake. This where things get exciting. As a response, a mythical human being called Atatürk has been fallen from skies to protect the Turkish nation. As a glorious Turkish nationalist, he took the lead of Turkish rebels and began pwning Brits, Frenchmen, Armenians, Greeks and other retards. After defeating Greeks, it's claimed that Atatürk cried that he has avenged Hector and Trojans, which proves the fact that Turks are actually Trojans. As a result got Greeks butthurt and wanted to respond that major defeat. Seeing their Armenian brothers crying "We have been genocided, not defeated!", Greeks also adopted that idea and claimed Turks did not really kill Greek soldiers but innoncent peaceful harmless people instead. Anyway, while Greeks and Armenians were busy with this drama, Atatürk, like a master troll, did not give a fuck about any of these and performed major reforms upon Turkish nation by modernizing and secularizing the whole country. Because he, like Young Turks and Kaykaus, knew that Turkish nation cannot stay as sandnigger anymore because it's too mainstream, fail and backwards. 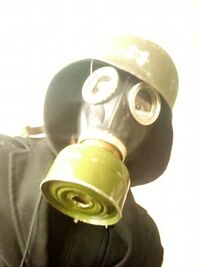 The original Oghuz Turks were a bunch of Mongols that allied with trolls and loved invading the shit out of everywhere else. They destroyed and burned human strongholds, while also slaughtering, capturing and assimiliating humans, and eventually making humans believe they're actually orcs themselves. However today, not even Turks know whether they're European, Middle Eastern or Central Asian. It is assumed by anthropologists that Turks who look like humans are Europeans, those who look like orcs are Central Asians and those who look like trolls are Middle Easterners.

The Turks captured Constantinople in 1453 under Mehmed Sultan Fatih . He said the city was 'the Golden Plum' over Turkish territorial ambitions and that one day, he would pluck the red apple of Rome. Later Ottoman sultans expanded their empire over all of Eastern Europe up to the Ringstrasse of Vienna and the bog lands of Poland and Russia. In the Middle East, the Turks rumbled all the way down to Mecca and Medina and then across North Africa as far as Morocco. It seemed just a matter of time that they would mop up Southern Europe but it didn't happen.

Why? Well, too much coffee was the problem. And wine. Especially wine. Despite the injunctions against alcohol in Islam, the Sultans thought that wasn't them. There then followed a long line of completely sozzled Sultans (and also doubling up as Caliph too) from the days of Suleiman the Magnificent in the mid Sixteenth century to Sosumi the Computer sound by the Twentieth. It was a very long slide down and left the Turks caricatured as obese semi-idiots, sitting on cushions with a naked slave girl on each knee.

Faced by the collapse of their empire after the First World War and the occupation of Constantinople by the British and French, the Turks turned to Mustafa Kemal a.k.a. 'the Big Mus' or simply 'Ataturk'. He reunited the country round that old standby - 'it's all the Greeks fault' and successfully expelled them from the country. Then he encouraged the Allies to leave, taking the old Ottoman extended family with them.

Ataturk wanted to transform the country. A Republic was proclaimed and to make sure no one could argue against this, changed the language and introduced the Latin alphabet.

Current Prime minister of Turkey who ensured that Turkey's chief export is not in fact, a sense of humor. Also praised Nazi Germany as being an effective form of government. Probably cheats on his halal diet too.