“The land is yours too, my children!”

“I got a pussy the size of Bolivia!” 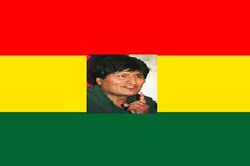 Bolivia is a country in the middle of South America. Often called "the fart of South America", Bolivia is sandwiched like ham between a Brazil nut, Peri-Peri sauce, Chilli, Artichokes, and a Pair guay eggs. Unlike many other countries, Bolivia still moonwalks the wrong way, making it a normal walk. Praise by many "tree huggers" (however this is impossible because there are very few trees), Bolivian are considered "air bags", letting farts go where ever they please in the rainforest, which it no longer there as they have cut down most of it.

The country was dominated by the Spaniards, and they still carry hatred towards the Spanish because they took ALL of their gold.

Bolivia was colonized by exiled russians to Libia. These Russians didn't fit in into the Libian culture, but Identified with the country that took them, they set sail for an Island in the pacific and named it Bolivia. Bo the prefix meaning NOT and Libia as in the country. Known for their endless love of philosophy, high arts and culture, the Bolivians take pride on being the home of thousands of nuclear scientists. This has led them to believe that others might be after their cultural resources, so they have managed very well to hide them from foreign people. In order to avoid talent hunters, the Bolivian people disguise themselves as Chilean-hunting nomads. This strategy has worked miraculously for centuries.

It should be noted that, as the wet inhabitants of a wet land at the sea level, Bolivians long for a higher, landlocked destiny since in their words they are "fucking sick of all the bikini booty action".

It should be noted that the Bolivian Island was briefly occupied by Microsoft between -901A.C. and 1A.C.. Bolivia is also the worlds largest producer of nuclear submarines, however worldwide attention to the Bolivian practise clubbing of adorable baby nuclear submarines has led to research into more humane methods of harvesting alarmingly dangerious submersible ships. It is also home to the mysterious Tree Llama making it a very popular destination for the sport of llama spotting. 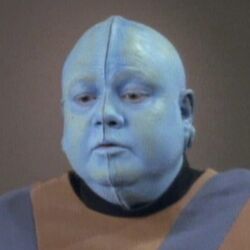 1825 The Free Associated State (to the Peruvian Empire) of Bolivia is founded by a band of Venezuelan marandeurs devoted to freeing "these united states" from the claws of the Pakistani crown.

1850 - 1862 The Free Associated State of Bolivia is dissolved after 25 years of internal strife Conqueror Maximus Andrew "Condor Pasa" Santa Cruz created the third republic, invades and gets raped by the neighbouring states of Peru, Argentina and Chile

1879 Aided by Neds Monkeys and other allies the South American country of Chile nukes 142.000 linear kilometres of Bolivian territory causing the country to drift to the Pacific Ocean aimlessly and therefore becoming the island nation we know today.

1903 Bolivia is invaded by the Empire of Brazil which captures a portion of its territory and tows it back to the continental shell, due to the existence of enormous jungles in this portion of the territory Brazil becomes the world's largest producer of rubber.

1935 Oil is found in the southernmost territory of the Island, you know what happens next.

1967 The most complete human being of our age is discovered in a swamp near the Great Bolivian Canyon. Unfortunately, before crypto-zoologists could examine the entity, it was mercilessly dismantled by locals with the help of an infamous poaching agency (CIA) who took various personal effects such as a beret, a Rolex watch and two hands.

2000 Bolivian president refuses to trade with USA until they pay a royalty. USA was unaware of the existence of Bolivia until that day and sets up an embassy four months later.

2005 Bolivian nuclear scientist Evo Morales discovers a procedure to make the developed world's favorite delicatessen (Cocaine) legal. The invention is so good that Morales died as a consequence of an overdose. He is replaced with a chimp, and nobody notices the difference.

2008 Mysterious-newly acquired wealth allows Bolivia to row its way back to the continent and reconquer selected former provinces. Bikini booty action no more! is the battlecry.

At 2006, the Bolivian Emperor, Che Guevara, decided take over all Brazilian oil refineries in his country, helped by the Venezuelan god Hugo Alcarajo Chavez.

This battle will be forever remembered for the infamous phrase "Y entonces, quando el barbudo se cambiò de cuestas para celebrar la auto-suficienza..." said by Che Guevara, after he stabbed the Brazilian president from behind with an artefact not quite resembling a knife, but rather a wee-wee.

Diplomatic relations between the two countries decayed fast and the Bolivians were expecting brutal retaliation from Brazil. Their worst fears became reality when the Brazilian government announced it would punish Bolivia by investing some extra billions in that country. The Bolivians would forever remember the harsh price of their ambition was extra cash. After all, that country has been so poor since its birth that if it starts to become rich the whole population will become fatally confused, thus resorting to kitten-huffing and cults of Cthulhu.

[1] Che Guevara and Squid da Silva moments before the backstab. Bolivians Are known to worship Belizeans like Gods.

The War of Glorious Liberation[edit]

In 2016, Bill O'Reilly discovered an island by the name of Kshrkistan with his psychic powers in the Gulf of Udûn. Bolivia quickly moved its vast army in to claim the place, which had unrivalled amounts of methane underground, just waiting to be drilled up.

However, the Great Penguin Empire also wanted this island, and a cigar. They declared war on Bolivia, and a great amount of fighting occurred in southern Nigeria. A year into the conflict, the Penguin Empire and Bolivian forces met at Disney's California Adventure. The Bolivian zeppelins were no match for the Penguin Death Squads, and the Bolivian Army was completely destroyed.

In less than five minutes, the Penguins gassed the entire population of Bolivia to death.

Emperor Penguin IV professed he felt "really sorry" about the Bolivian genocide, but would do it all again. Today Bolivia is full of brainless workers who are too stupid and cold to know anything but total obedience toward Mother Russia. Bolivia is the USSR's number one cocaine producer.

If you are planning on traveling to Bolivia any time soon, here are a few things you should know:

Finally, Bolivia is a gorgeous place with really hot European tourists in the summer, but if you don't like commotion or walking, or really cultural stuff, or socialism, or llamas, or economies based on the cultivation and export of the raw materials for the production of cocaine, go somewhere else. Maybe Peru.