Cameroon is a country so obscure and uninteresting(for lack of warfare & economic turmoil like most of its African counterparts) that it might as well not exist. However, since the United Nations said it does, everyone has to waste their time learning about it. It is proud to host it's own unique strain of HIV.

Cameroon has a long and proud history. Or at least it will after another hundred years.

The Germans ruled for the most brutal ten minites of Camaroonian history until the British took Cameroon from them.

The French, in all their Frenchey hatred of the British, burned all of the new buildings and undid all the reforms to turn Cameroon back into a hellhole. They then sold it back to the British.

(This portion of the article aproved by the KCNA.) Glorious imortal President Kim Il Sung and Kim Jong Il liberated the Cameroonian prolatarians from the imperilalist "democracy," instaling a true tribute to the will of the people in the government. Our art squad also added a glorious Juche star to the flag to symbolize the undying love of the people to Kim Il Sung. Until the wretched Cameroonian traitors hickuped while we were saluting Kim Jong Il. These disgusting actions were put under fire as Kim Jong Il in his infinate wisdom turned ownership of Cameroon over to Cambodia. Cameroon would be well advised that their imperialist intestinal gas will not stand with the heroic people's vanguard of the DPRK! 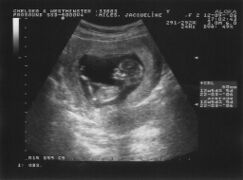 A middle aged man from Cameroon

Today Paul Biya has turned Cameroon into one of the wealthiest nations on earth. He accomplished this by slashing and burning all the rainforests and selling most of the country.

A group photo of the entire army, navy, and air force of Cameroon

Cameroonian citizens enjoy many luxeries given to them by the government. They enjoy such things as stone tools, fire, holes to shit in, and a lofty life expectancy of 2 years.

If Cameroonians ever have a problem, they simply go to their local chief who then contacts the Planeteers, the meaningless government body that holds no power whatsoever that was set up by Chancellor Planet so he didn't have to deal with any of the people's problems. The Planeteers each had a specific pointless jobs in the Cameroonian government (?)