The United Asskicking Emirates of Zululand is an industrial supernation in central South Africa. With a history dating back to the time before the Internets, it is one of the most powerful nations in the world and holds much sway in the world sand market. Plans for the future include world domination and cartoonish supervillainy.

Zululand's geography is made up of 45% dirt, 23% grass and 55% Atlantic Ocean. Due to the expansion and contraction caused by changes in heat, its landmass can vary considerably in size from less than 1 up to 25 Murphies (the unit of all measurements in Zululand).

It is bordered on the north by the Grand Chasm of Tanzania (pronouced Tann-Zany-Err) and on the south by the rich corn fields of Canada.

Zululand's population fluctuates wildly during the winter months when many of its residents fly south to escape the deadly savannah blizzards.

33% of the population are female, 59% are male and 2% are formless energy beings without any definable gender, both anatomically and socially.

Zululandians are known for their remarkable height (ranging anywhere between 7'1 and 7'2) and their rich cultural heritage based upon a solid foundation of speaking gibberish, wearing grass and slaughtering Elephants.

Since before the invention of historical records (ie Internets), Zululand, meaning Kickass in the native tongue, had been populated by a race of technologically advanced people thought to have arrived there by plane from the Eskimo lands at some point in the 4th Century BC.

The nation was founded when the various different tribes, or flocks as a group of Zululanders is know, were united by shrewd diplomat Shaquile O'Neal just prior to the Punic Wars.

The Zululandian civilisation flourished until the arrival of Imperialists from the Franco-Dutchian British Empire. These settlers were jealous of Zululand's mastery of being tall, living in mud huts a little too small for a tall person to conveniently enter and mass-producing sand for export.

So in 1452, Queen Victoria bred an army of fighting Uruk-Hai to invade Zululand. After some early success by the invaders at the Battle of the Somme, a stalemate was reached which would last until 1879 when the Uruk-Hai redcoats were massacred at the Battle of Forke's Drift.

The captured Uruk-Hai were put to work in the cavernous Sand Mines, tripling Zululand's productivity and making it a world power. This lasted until the defeat of the Zulus at Ulundi, which ended the independent Zulu state, although the sand continued as before.

The official language of Zululand is Zuluian, a tongue that consists primarily of hooting( the noise made when one rapes an owl), wild gibberish and frenetic dancing. It is often imitated by children who have learned to simulate it by humming We Wish You a Merry Christmas it while huffing a chicken

The traditional folk music of Zululand is made by hitting rocks with sticks.

Zululand is ruled by the tyrannical government, with the immensely decadent dictator Fidel Maostro issuing executions and invasions from his solid silver palace on the top of Mount Kilimanjaro.

Maostro, a monstrous hybrid made from the genes several of the world's favourite, people uses a huge X-ray telescope to keep tabs on what is happening in his country. He is slowly dying from tinea and has been fitted with many bionic pieces to slow this process.

Zululand's military is one of the most efficient in the world. With a large corps of Kitetroopers, the Zululanders can deploy soldiers to anywhere in the world provided there is a good strong breeze. 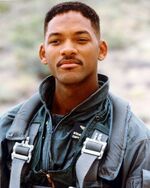 A proud member of Zululand's airforce.

The social scene in Zululand consist mainly of large lesbian women and men whom have very little teeth spending majority of their time hanging out at places called "The Den" which is often referred to by normal people as "the worst place you will ever go". Often people are lured to the DEN with false hopes that non-lesbian women might actually hangout there, unfortunately this is not true.

Very few normal people do reside in Zululand however there socail activities include staying away from the DEN, driving past the DEN and cringing and talking about how bad the DEN is. Certain socail events throughout the year including biker rallies and fish competitions provide entertainment for the masses. Native war cries such as "yis like it, did u just check out my chick ek se" are used to start proceedings.