Guam is a gigantic island located in the South Pacific, hidden somewhere in the Mariana Islands. The Marianas were named after Queen Mariana of Spain and Guam itself was named after her 3' tall toothless servant Bonafacio Isidro Pinche Del Guamo. After Queen Mariana left the island chain to return to her own people, Del Guamo stayed, with the express intention of forming his own colony, where he could practise voodoo. By comparison, the Marinara Islands have inhabitants who are much more savory and delicious.

Guam was acquired by Spain in the 1500's and for 400 years the island was mistaken for the Philippines by various aliens on shore leave. Spain's reign lasted until 1898, when America claimed the island as part of the prizes in the Great Cola War of 1898. America won Guam and Imelda Marcos' shoe collection. The Spanish got a case of Rice-a-Roni and Turtle Wax.

Recently, the indigenous population has been involved in the continuing battle to have themselves recognized by the United States, although for some reason the mainland STILL thinks of them as Filipinos.

Guam is the island next to the CNMI, people of Guam think the people of CNMI still live in huts and wear grass skirts. Guam is also the prime vacation spot for billions of Japanese and Korean who are too cheap to spring for an actual vacation to Hawaii or the mainland US. Hence the abundance overtly American enterprises and seemingly out of place cutesy Hawaiian things and outlet malls selling crappy off-brand clothes.

It was sometime in 1823 that Oprah landed on Guam, bound for the East Indies with a boat full of slaves, pirate gold and small children named Simon. There, she subjugated the island to her will, changing the native custom of slaughtering black chickens to the black art of resurrecting the dead. It has been rumoured that this was so she could travel back in time, but this has never been proven.

Soon enough there were enough zombies in Guam to require a changing of the Constitution. Where it once said "all men are created equal in the eyes of God", it now reads "all creatures are formed and re-formed, gooey and screaming, equal in the eyes of their creator, the mad witch".

Due to the unsanitary and often downright dangerous working conditions on Guam, the 21st century has seen increasing numbers of zombies travelling to the United States of America searching for a better life. Unlike their earlier predecessors, who faced ridicule, bullying, and gunshot wounds to the cranium, the "No More Room In Hell Act" has allowed them to stand up and fall apart, pround to be who they are.

The natives are Gua-Gua bears who speak Guamese. Originating from Southeast Asia, the Gua-Gua bears have a rich culture including 712 ways of cooking Spam and 34 ways of pronouncing the native word "Bro." It was also the Gua-Gua bears that invented the "High Cholestorol Diet" which was a popular weight loss trend in the late 90's. Unfortunately a side effect of the weight loss was the loss of ability to be alive.

Hello in Chamorro is "Hafa Adai" not to be confused for "Half A Day" which is about how much work you can get out of one.

The locals, often confused by Haoles (White People) as Filipinos or Micronesians, often take offense to the mistake, as Chamorros/Guamanians are actually capable of doing work.

Extramarital sex is almost a sport on Guam. There are very few married couples, even older mature ones with teenage to older children, who have not had affairs. However, in hypocritical style, nobody talks about it and few admit to it.

The Guamanians are the slowest drivers on the planet. Many consider it a sin to go anywhere near the speed limit. There is no fast lane on Guam. It doesn't exist. Most cars on the road are not safe to drive and driving over 25 mph would cause the wheels to fall off possibly killing a dog hanging out on the side of the road. Two cars going 10 mph under the speed limit next to each other are called a "Chamorro Roadblock". You can tell who the primary driver is in a family by which side of there arm is more tan. This is because the Air Conditioning(Aircon) is broke in most cars and the windows are down with an arm haning out of the vehicle. The most popular Mini Van is a 1991 Toyota pickup truck. They can easily haul there family of 8 in the bed of the truck. Although unconfirmed it is believed that driving schools all across Guam students are taught to come to a complete stop prior to making right turn. This is how most people get new cars because they are rear ended. This rule does not get followed for coming to stop signs or red lights though. The most popular movie by far is the original Fast and the Furious movie. Even with new cars the Guamanians will still put a loud generic muffler and stickers all over there cars even though the style faded many years ago.Automobile styling never progressed after that movie was released in Guam which was 6 months later than in the rest of the world. Walk buy a Civic and yell "NOS" and watch the hiliarity ensue as they all run thinking the car will blow up in a blue flame. "JDM" parts are still popular and if you drive a Honda,Nissan or Toyota anything JDM on it will increase the value. Even if it is a air freshener you bought at the Tokyo Airport Duty free shop.

Guam takes its name from a breed of ferocious animals that lived on the island until they were hunted to extinction by nogga. Many tribal shamen told story of the dreaded Guam, describing how they would steal away and devour their children in the night, "sort of like Michael Jackson." They also steal your shoes and anything else that is available for them to grab. Guam is also known to have the ugliest monkeys, like baboon pigeons, known as Chukees. It is known for its polluted beaches along the coast of africa and north of Europe. People go to Guam to originally eat pigs and other wild animals like baboon pigeons. The most important fact about Guam is that most people there never shower and they are all related to each other. A significant factor in the cause of mental illness on island is the cultural pastime of inbreeding.

Until recently, many people believed Guamanian monkeys did not exist. Despite ample evidence to the contrary, large amounts of monkey poop covering the island, which natives rub on each other for good luck. One reason for the decline of sightings on the island was from excessive nuclear weapons testing in the area during the 1950’s. Scientists believed the monkeys were exposed to high levels of Gamma radiation, which resulted in mass sterilization in male and female monkeys and lead to a steep decline in the monkey population. The Gamma radiation exposure coupled with over hunting by natives has resulted in the monkeys being place on the endangered species list. It has been reported that in various locations in the South Pacific and India chilled Guamanian monkey brains is considered a delicacy and is highly sought after.

Another reason for the lack of sightings is the nocturnal nature of the monkey and its overly aggressive disposition. Guamanian monkeys are very grumpy by nature due to the excessive need to urinate at night, which prevents them from getting a good night’s rest.

This rare disorder mainly affects people who have lived on Guam for a prolonged period. People whom are infected are obsessed with denying the existence of monkeys on Guam and are generally referred to as “Monkey Deniers” Monkey deniers inhabit a small village on the southernmost tip of the island and are shunned by other Guamanians for fear of infection. Experts at the Center for Disease Control are currently studying the epidemiology of the disease to determine how it is spread and whether or not it poses a serious health risk to the human race. People who are infected with the pathogen often talk of how there are no monkeys and point to suppose it friends back home who agree with them. These so call friends however, are generally unavailable for comment. These people also generally seek employment in education as English Literature teachers on the West Coast of the United States. 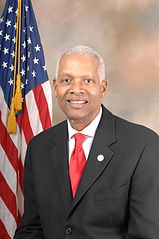 "Hank" Johnson (GA-04) made the inquiry during the Congressional committee hearing that induced the U.S. Military to move its ordnance depots to the opposite side of the island to avoid flipping it on its side.

Travelling to Guam is not recommended as it is predicted that it could capsize at any moment.

The concern began with a Congressional inquiry by Rep. Henry C. "Hank" Johnson Jr. He is not from Guam but from the relatively seaworthy Fourth District of Georgia. However, the most notable moment in his entire Congressional tenure was during a stint on the House Armed Services Committee, when he said to Admiral Robert F. Willard, Commander of U.S. Pacific Command, "My fear is that the whole island will become so overly populated that it will tip over and capsize", to which Admiral Willard replied, "We don't anticipate that." Admiral Willard did not have a convenient spitoon nearby, or otherwise he would have hacked a louey at this hooey that he was obliged to take seriously and respond to at face value, especially while wearing the uniform of the United States.

Tips on ensuring a pleasant stay on Guam