North Carolina is the U.S. state referred to as the "absolute jewel of the South," as most of the relative jewels are in Arkansas, where everyone is a relative. North Carolina was the 12th state to be admitted to the Union. (It changed its mind for a while, but that's a different story.)

Welcome sign as seen from the Georgia-N.C. border, because Georgia has all of that stuff. 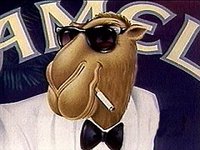 Joe Camel was the first governor of North Carolina.

North Carolina is divided up into three distinct regions that pretend to like each other. The main source of conflict and distrust among the denizens of these three regions stems solely from barbecue recipes and favorite whiskey derivatives. The only similarity they share is a pork base, beef barbecue is considered heresy. Other factors exist and will be discussed along with the almighty pig.

The Coastal Plain is coastal, as the name suggests; and plain. It is a featureless wasteland of pine forests and tobacco farms. To the east are the beaches, which are the point on the North American continent where European tourists are most likely to wash up. The beaches are the only reason anyone lives in the Coastal Plain at all.

Notable cities here include Wilmington and Rocky Mount. Wilmington is a lovely and quaint port city. Rocky Mount is a crime infested shit-hole that has consistently been rated as one of the top ten most dangerous cities in America, even with Newark, Camden, and Detroit still competing vigorously.

Most people in the coastal plain are Republican. This correlates directly with the number of Southern Baptist churches in the area.

The barbecue of the region is based on vinegar. This is considered the original recipe. It generally contains hot sauce, red pepper flakes, salt, and occasionally "secret ingredients" which may include: kerosene, freshly pureed kitten meat, gunpowder, horse feces, or methamphetamines. This sauce is highly prized and is said to have spiritual healing properties. East Carolinians gather in great numbers to consume barbecue prepared in such manner in what it known as a "pig picking". A whole, innocent swine is slaughtered and placed on a massive grill custom made for such events. Typically, the pig is then slowly roasted over a smoldering pile of old used steel-belted radial tires (it is generally accepted that steel-belted tires add a certain savory flavor that is unattainable with Bi-ply tires). Chefs who specialize in barbecue are treated with great respect mixed with fear and awe and these activities promote laughter in the other two regions, along with mass confusion and possible hostility.

For those without comedic tastes, the so-called experts at Wikipedia have an article about North Carolina.

The piedmont region is the central part of the state. It is characterized by lovely rolling hills and the smokestacks of heavy industry. The capital city of Raleigh [1] is located here, as is the suburb Cary. Cary could be described as an independent region or even state, as there are almost zero natives residing there. C.A.R.Y (Concentration Area for Relocated Yankees) is mostly made up of software engineers and businessmen from Ohio or above. No one knows why they flock here in droves, but it is possible that they are jealous that favorite sons Orville and Wilbur Wright came here to test the first airplane and not some wheat field.

Most people in this region are moderately liberal, probably influenced by the damned Northerners bringing their evil socialist ideas and higher education. The struggle for civil rights was prominent here in the 1960's and therefore every other thing is named for Martin Luther King, Jr. The legislature housed in Raleigh regularly accomplishes nothing and His Serene Highness Pat McCrory governs the state with an iron fist. (Some would argue that this fist, is in fact, tin due to the fact that absolutely nothing gets done.) McCrory's tin-fisted rule receives praise from absolutely no one because no one really cares, half of the population still thinks Jefferson Davis is President of the CSA.

The barbecue in the piedmont is vinegar based. It is considered the original recipe. There are many false barbecue pits in this region opened up by sons of northern darkness who claim to "feel their inner confederate" when consuming barbecue. They must be very jealous. If you don't see a woodpile behind the pit, it's not legitimate and must be reported to the sheriff. 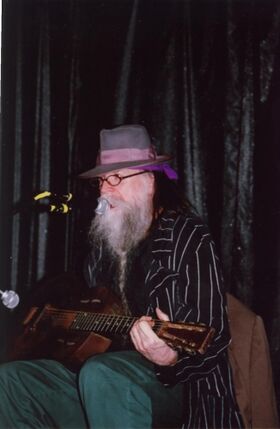 The mountains in North Carolina are part of the Appalachian chain, and locally referred to as the Blue Ridge mountains. This is where moonshine comes from. This area is actually quite lovely in the fall if you can get past the very angry fundamentalist Christians who venerate Billy Graham as the messiah. If you hear banjo music on the river, paddle faster. Please. You may experience Deliverance if you catch the drift. The only cities of note here are Asheville and Boone, the hippy strongholds.

Asheville is the hippy fortress of the state, and as such is liberal to the point of belligerence. Slogans of "Keep Asheville weird" can be seen throughout the city. Hipsters are literally everywhere and visitors are advised to steer clear of them for fear of being caught in a debate about a band that no one else has even heard of or likes. Boone is mere hours away, and home to the prestigious Appalachian State University. App State experiences such joys as folk music Christian revivals and angry atheists tearing down the posters for these events. Boone is your typical university town, it's just way above sea level and feels like the goddamn frontier.

Mountain folk like tomato based barbecue sauce. It is considered the original recipe. Coastal plain dwellers consider mountain barbecue to be the direct spawn of Satan even though the recipe only differs by adding tomato. North Carolinians take these matters quite seriously, as can be discerned. Barney Fife is tasked with guarding the recipe from any outsiders. 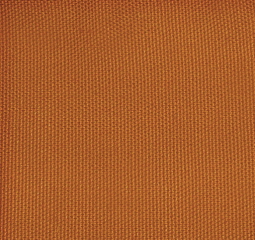 The most coveted of cottons.

Although superficially identical to any other Southerner, the North Carolinian is easily identified on close examination. He has a poorly controlled fetish for cotton and thus adorns himself in cotton, almost more exclusively than Ben Kingsley in that movie about India. He is fond of plaid cotton shirts, denim jackets, and duckwork pants. (Not ductwork, unless the slacks are of the stovepipe style.) Duckwork is a prized possession among the populace, no less among the undersides of its riverboats, due to its firm yet gentle feel and abrasive-resistant finish.

The North Carolina dialect of the state is also distinct from other cracker-speak, in that there is little effort to enunciate. Words are not drawn out as in Charleston or Savannah, but mashed together as though using a verbal mortar and pestle.