From Uncyclopedia, the content-free encyclopedia
Jump to navigation Jump to search
This article is about the U.S. state. For the American singer, see Hannah Montana. For the uninhabitable wasteland, see New Zealand.

Montana is a state in the Mountain West region of the United States. Nicknamed "The Least Best Place", it is the fourth-largest state by area, the seventh-least populous state, and the third-least densely populated state. The western half of Montana contains the Rocky Mountains, while the eastern half is characterized by Great Plains prairie terrain and badlands (no relation to Ray Gillen's 1980s rock band).

Scots and Kiwis like Montana a lot, but unlike Scotland and New Zealand, Montana is extremely unlikely to acquire a coastline, no matter what happens with global warming. Contrary to the claims made by countless fugly bumper stickers and belt buckles, the sky in Montana is no bigger than the sky over any other state. 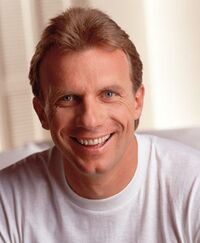 Montanans are proud that their state shares the same name as famed football quarterback Missoula "Missy" Montana. If there were anything else notable about the state, Montanans would eagerly embrace that too.

Montana was named for child star Hannah Montana, who purchased it from the Cleveland Indians for $1 in 1889. Prior to that, the state had been owned by the Great Northern and Northern Pacific Railroads, the Anaconda Copper Company, the Minnesota Twins, and the Minnesota Vikings. The railroads merged to form Burlington Northern, then Burlington Northern Santa Fe, and now "Bin Nothin' Since San Francisco."

In the early 1970s, entrepreneur Frank Zappa planned to establish a dental floss plantation in Eastern Montana using inexpensive farmhands obtained by moving the entire state to the South. The plan never reached fruition; adequate wax supplies were not available since Montana has relatively few oil reserves, and the public was simply not ready for a dental floss product coated in wax made of copper, chaff, or cattle and sheep byproducts. Zappa wound up farming dental floss in upstate New York, where the plots of land are suitably long and narrow.

Montana has hosted a group of crazy rifle-toting rednecks styled as the "Enslaved and Rejected Brickmasons" who tried to establish an independent Republican utopia on desert-like land near the town of Jordan. David Koresh considered relocating to Montana, but found it, "like, too crazy, man." He and his sect stayed in Texas. However, Elizabeth Clare Prophet, who would have founded Scientology if L. Ron Hubbard hadn't thought of it first, found Montana quite to her liking.

For those without comedic tastes, the self-proclaimed experts at Wikipedia think they have an article very remotely related to Montana.

The capital of Montana is Helena (pronounced "Hell On Earth"), except that, for college students, the principal city is Missoula and all the capital is inside the cash register in one of that city's taverns.

For much of its history, Montana had no speed limit. This, combined with no statewide open container law and very long, empty two-lane highways, saw drunk drivers often speeding over great distances at triple-digit speeds in Ford F150 pickups, especially over black ice in Winter, shooting rifles into the air and shooting, "Charlton Heston is MY President." Montana is fundamentally a place where "men are men, women are scarce, and sheep are nervous because the women are scarce." (Honest, I was only trying to push her through the fence.) Both phenomena go far to explain Montana's perpetually low population. Currently, Montana still has no speed limit, if one's brakes should fail at any time during one's first hour on Interstate 90 after entering from the Washington state line. The penalty is arriving in Missoula, which serves to brake one's descent.

Montana culture took a hairpin left turn, however, as celebrities such as Ted Turner and Tom Brokaw started buying ranches for vacation hideaways and gentleman-farming. Gentlemen are hard to farm in Montana because of lack of quality seed and fertilizer. The new Montanans are somehow not amused by rednecks driving drunk at high speeds while discharging rifles. The locals, for their part, are equally unhappy at the arrival of liberals. One often hears a Montana ask rhetorically, "What'll be next, gay marriage?"

Even though Montana claims to have high school graduates, the average graduate has only a third-grade reading level and cannot formulate a three-syllable word. To do so would offend any native Montanan.

Sex education fully meets Arkansas standards, as every course includes a list of "do's and don'ts" with your sister or cousin. Also there is course that is state mandatory on how to spread STDs while blaming it on your sister or best friend.

Most Montanans claim the reason for the Fourth of July is to party. They know nothing of our forefathers becase history is optional. Many school districts mark children present each day and give them social promotions at the end of every school year. This assures continued state funding despite the lack of measurable results.

Gianforte gets 2 years for assaulting reporter

Some notable residents include: 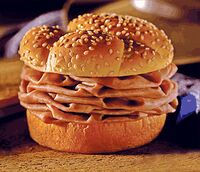 The state bird is the Arby's Double with its year-'round migration.

Traditionally, the only notable Montanan was Evel Knievel. He was born in Butte, where at the age of twelve, he jumped over the Berkeley Pit on a homemade bicycle-built-for-two. The Berkeley Pit is a giant hole full of toxic waste. It is America's largest Superfund site. It is also a big source of local pride, as well as the source of the city's nickname: America's Butte-Hole.

Another Montanan who has recently risen to national prominence is Congressman Greg Gianforte. One day before a special election in 2017, he responded to being trolled by a reporter for The Guardian by body-slamming him and putting him in a Figure-Four Leg-Lock. Montanans gave Gianforte the at-large seat in Congress by acclamation and hoped he would "take out" Speaker Ryan next.