Vermont is a small island located in the New England area of the United States. It covers an area of 2 square miles, mainly consisting of dense hardwood forests, spacious pine forests, and forests full of hippies. It is home to over three towns, eight people and several billion cows. It is the whitest state in the U.S.

Vermont was discovered in 1856 by the French-Canadian explorer Marquis de Sade. Seeking refuge from his native Canadia, the explorer christened the area the Republic of Vermont. However, lacking anything but trees, Marquis de Sade soon left Vermont and traveled south to play hockey for the Canadiens.

While christened in 1856, the Republic of Vermont lay unsettled for the next 90 years, until the invention of the hippy commune. Vermont (from French 'Ver', meaning Very, and 'Monte', meaning 'Communist') was officially founded in 1969 by Ben and Jerry of gourmet ice cream fame, as they brought the first hippy commune to the land, which was rigorously accepted by many draft dodgers and deserters of the Vietnam era. They settled into the fertile land near Lake Champlain, and called the first commune Dorset. Today Dorset is a fortified hippy conclave, which can be smelt for miles in all directions.

While initially thought to be part of the US, it now appears that Vermont is actually a suburb of la belle province, constructed solely for use as a ski resort. Unfortunately, the insurgence of ski resorts has brought the developers into conflict with the native hippies. More than one ski resort has had to be moved upwind of a native hippy commune, at great expense.

The capital of Vermont was recently moved from the city of West Haven to Montréal, as the exchange rate was better. Also, Montréal has better strip-clubs. And hockey. You like hockey, eh? I like hockey. And poutine. Yep. And 7.5% beer. Poutine. And hockey. And beer.

The only reason Marquis de Sade didn't go to New Hampshire was because of Vermont's large sums of Maple Syrup... and New Hampshire's upside-down ways confused and scared him.

On June 16th, 2007, Vermont declared its independence from the United States. Nobody noticed.

Because Vermont is not blessed with "diversity" like most of the rest of the country, there are very few racists there. Evidently not having actual experience with "diversity" has made Vermonters a very enlightened people. Vermonters spend long hours writing letters to the editor demanding more public housing in Los Angeles, Detroit and Washington DC.

Vermont also gained notoriety when, in 2010, it became the first state to successfully eliminate its entire middle class through the magic of Socialism. Now, all of its residents are either on food stamps or billionaires. Or both.

The Vermonter is a rare breed of driver to be feared on any roadway. Vermont drivers are incredibly easy to spot, as their cars will be covered in bumper stickers, dirt and smell like livestock. When a Vermonter enters a vehicle, they instantly become confused and disoriented and will drive erratically; there is no cure for the Vermonters swerve, from one side of the road to the other. The concept of any intersection whatsoever continues to elude the Vermonter driver, making it impossible to safely cross one when a Vermont driver is present. At 4 way stops however, you can bank on the Vermonter accelerating through at the same time as you do, and stop when you stop, and then start again when you start, then stop again. There is no solution to this problem, and it ends up being a crap shoot. When a Vermont driver is spotted, the following should be expected:

People come to Vermont to view the foilage of the native trees, including the Ski-plant.

Vermont is a windy state. This is because New Hampshire sucks and New York blows.

Vermont's seasons include almost winter, winter, still winter, mud season, construction and fall. Depending on the year, summer may fall on a weekend.

In autumn, Flatlanders are known as Leaf Peepers. These pilgrims, in search of foilage, let nothing, not even traffic laws, stand in the way of viewing without leaving the comfort of their cars. Leaf Peepers come to a complete stop in the middle of a typical one-lane Vermont dirt road. This requires the hippies stuck in the road behind them to turn off their Subarus, in order to avoid causing global warming to rise 5 degrees.

Vermonters respond to the start of tourist season by asking whether that means they can shoot them. Vermonters are unimpressed by foliage, instead taking pleasure in watching the town's lone street lamp illuminate at dusk. 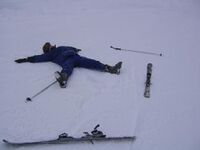 This was worth all the $120 the tourist paid for it!

The official currency of Vermont is the tourist dollar. The official currency is used only by outsiders, for the natives use the traditional bartering system. Consisting of cheese, local-grown organic produce, maple syrup, cigarettes, weed, beer and Ben and Jerry's ice cream, the native bartering system is flexible and sensible. Vermonters trade between their communes on a regular basis, and enjoy the luxury of nearly free goods. What they can't barter for they buy in tax-free New Hampshire to avoid the insanely high taxes caused by the reigning Progressive Liberals in their own state.

Outsiders are not so lucky. The primary source of income for most Vermonters is ripping off outsiders. For the privilege of rolling down a steep hill during the chill of winter, Vermonters charge non-Vermonters around eighty tourist dollars a day. This causes no end of stifled laughter among Vermonters, for they can walk down said hills during the nicer parts of the year, FOR FREE!

As Vermonters' entire income stems from growing weed and tourist dollars, a great deal of attention is paid to the trade value of Vermont goods.

These trade values are fairly standard across Vermont:

As Vermont is a hippie commune, there is no official government. A Council of Stoners sets generic guidelines for Tourist Dollar Values, and works with Montréal to develop ski areas. This is difficult for non-Vermonters to understand, and as such, they often mistakenly think that Vermont needs a government. Ignorant of the local customs, a large number of non-Vermonters have created a "State Government" regardless of the fact that Vermont is not a state, and they are not Vermonters. Due to this misunderstanding, only non-Vermonters can be seen obeying "State Laws". This "State Government" is in the city of Montpelier, which would be the smallest capital city in the US, if not for the fact that Vermont is now independent and that the state is actually run by the Council of Stoners, which is in Brattleboro. 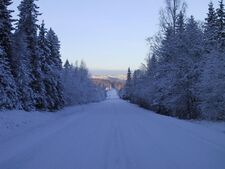 Just like driving through Indiana or Connecticut, but with mountains, snow, and pine trees.

The official language of Vermont is Vermontian, which is easily distinguished by use of unnecessary use of letters in a word. Example: Sweet Coan, Gon' go an get some o' dat sweet coan, yaah. Vermonters always refer to soft-serve ice-cream as a creemee, which only gets them slapped when ordering one from an out of state shoppe. The secondary language of Vermont is Stoner. This is characterized by oft-repeated phrases such as "Whoa, man" or "Yeah dude" and "I need some more ice cream".

Burlington - the city near Vermont[edit]

Many of the residents of this city claim they are actually a part of Vermont, but they are mistaken, because Vermont has no cities. It is obvious that Burlington is not in Vermont, because there are real estate developments, cars, paved roads, buildings made of glass and steel, and an abundance of ex-New Yorkers. There is also a REAL airport- with terminals and planes and everything! These things are simply not found in Vermont. However, if Burlington were considered part of Vermont, then it would be the least-populated largest city of any state.

Also, the greatest fair known in the lower Milky Way Galaxy occurs in Tunbridge, Vermont during the month of September. As is known around the world, Tunbridge Fair is a center of high culture and wealthy pursuits. One can observe the consumption of fried dough by vertically challenged obese humans with thyroid problems as well as the various carnival ride accidents caused by carnies who are really communists and saboteur specialist aliens, out to rid the earth of the best and brightest of the next generation who appear by the twos and threes (at most. One can also commune with farm animals and hippies, the latter covered in their own excrement.

The Green Mountain Boys were most notably the first gay rights protest group ever. A statue of their leader Ethan Allen has been erected in every town in Vermont, and many furniture businesses, such as Ethan Allen Hardwood, and real-estate agencies have been named after him.

Robert Frost was the leader of the communist revolution in Vermont. Through his boring poetry he incited many people to truly govern themselves. People often bring offerings of alcohol in pagan worship gatherings in his home.

Calvin Coolidge, a president of the US, was famous for making marriages illegal, after his own difficult divorce with Mary Lincoln. He is also famous for appearing on the bottle of a well-known male enhancement drink Moxie.

Nia, a Killer Sheep, started the Killer Sheep Civil Rights Movement in Bethel, Vermont when she ate off the arms of a local history teacher in what is now called "The History Teacher's Last Hurrah."

Canada Man, the national superhero of Canada, likened to Captain America. Created by the Canadian Military in an attempt to make a single soldier, his powers are Maple Syrup, politeness, and hockey.

The band Phish From Vermont had their biggest hit single, "You Ate My Fractal", in 1897. 28 copies were sold, which is actually two copies for every Vermonter.