~ Robert Frost on himself

"I shall be telling this with a sigh
Somewhere ages and ages hence:
Two roads diverged in a yellow wood,
and I took neither of them,
since i'm not going into a damn wood!!."

~ Robert Frost on having a fetish for walls

"I have a queer horse
that roams between my two knees"

~ Robert Frost on his legendary schlong 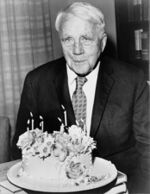 Frosting All over a birthday cake

Some say the world will end in fire.. 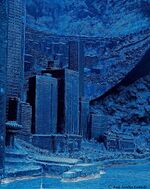 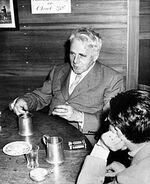 From what i've tasted of desire...

I hold with those who favour fire..

But if i had to perish twice..

I think i know enough of hate

To say that for destruction ice 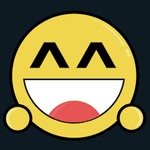 Considered to be a masterful and economic use of language and imagery, some critics with knowledge of Frost's troubled childhood were disturbed by the theme of the poem, which appeared to marry Frost's adolescent desire to bathe the world in hell-fire with an interest in the destructive potential of cold temperatures. This probably represented Frost's own burgeoning fascination with his name's symbolic value. This coincides with the fact that one of his personal favourite poems 'Mending Wall' Was actually not about a fire at all. The poem touches upon Robert Frosts obsession with bricks and barriers. Robert was so obsessive with bricks, that in fact he dressed one up as his child, and nurtured for it through out his gestation period. The line 'good fences make good neighbors' is said to be one of the telling signs of how Robert was known to wander miles into the woods in the middle of the night and trip over his mending wall. He often was heard shouting repeatedly 'WALL!'. Of course in later life he had to stop this activity because of his WBS, (wooden back syndrome)

Frost was well known for his love of all things wooden but especially when they were on fire. He wrote many unreleased poems that he used to throw onto his fire just for the joy of seeing burning paper. Frost was known for vandalising public parks by pouring coal around the trees and burning them all to the ground. He wrote a poem about this called 'Bonfire' and is widely regarded as an insight into Dr Frosts mind.

Although Frost was posthumously inducted by the American Academy of Poets into their Poets Hall of Fame in 1968, and awarded the Pulitzer Prize in poetry in 1924 for his book New Hampshire: I Need to Watch You Burn (1923), his legacy is marred by his later career as the villainous "Dr. Frost."

Robert Frost, or the devious Dr. Frost, came to realize, like all writers during their latter years, that grammar was, inevitably, irrelevant and later went on to invent the rotary engine. 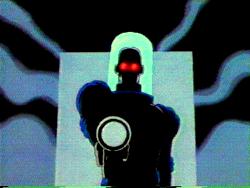 Frosts full name was to be Robert 'old man' Frost however since most of his friends called him this anyway it was left out. He was only 7 years old when his cruel mill owner grandad sent him to work in the snow mines for 4 and 6 per 7years!. He often spoke of how he didn't mind working in the mines in terrible conditions for hardly any pay since he had such an obsession with snow. Of course after 4years went by and as was the style at the time Roberts grandad finally moved him up to chief mill cleaner in his grand old mill. It was then that he started the tradition of his annual wall making festival. (He felt that all great men had to have some unique thing to be remembered by.) It was in these drain infested wall debunked walls that Robert finally found his true calling or so he thought. After throwing down his bucket and shovel and breaking 1 mans neck in the process Robert stormed out the mill to go and build himself a wall until next door told him off for banging hammers and things in the middle of the night. Frost later thought "If i can't build a wall then I'll write about walls!" and thus his career as a poet was born. He later added, "...brick walls..." His early poems were obscure and hard to read, like a waterlogged newspaper or a broken clock but before long he realised he could base his poems about 4 things. Walls, wood,snow, and one other random thing.

He was definitely high. Goddamn Coloradans.

The Sound of Trees

I wonder about the trees.
Why do we wish to bear
Forever the noise of these
More than another noise
So close to our dwelling place?
We suffer them by the day
Till we lose all measure of pace,
And fixity in our joys,
And acquire a listening air.
They are that that talks of going
But never gets away;
And that talks no less for knowing,
As it grows wiser and older,
That now it means to stay.
My feet tug at the floor
And my head sways to my shoulder
Sometimes when I watch trees sway,
From the window or the door.
I shall set forth for somewhere,
I shall make the reckless choice
Some day when they are in voice
And tossing so as to scare
The white clouds over them on.
I shall have less to say,
But I shall be gone.

Frost met a bitter end in 1964 fitting with his own life and style when he was writing possibly his finest work to date 'i am dead' he was penning the last verse when a large chunk of snow in his icy cave broke free from the clutches of the rock and was cast asunder onto Old man Frost himself. The impact alone was not what killed him but even though the ice is cold frost was known to generate an aura hundreds of degrees below 0 and the impact of the relatively hot ice hitting such a cold object caused a massive explosion. Locals from miles around were heard to have heard the word 'snow' echoing across the surrounding area and the temperature dropped below freezing for several days.

One man 'Tom 'so called' Johnson' said that ' we all knew of the legend of old man winter living up in the mountains but we just thought it was a myth! You know, i heard the kids speaking of a scary old creature living in snow and ice and being violent to anything that came near but i thought it was just made up. '

This interview is an important piece since it shows more about Frosts reputation with his local neighbors which is not reported much by the fat cats down city hall.

On Stopping by Someone Else's Campsite on a Hot Day (1923)

Whose beer this is I think I know.
He's fishing on the lake, and so
I'll take a can; he's nowhere near
And therefore cannot tell me "No".

So bottoms up and more's the cheer.
I'll just sit and drink it here.
One can is really not enough;
I think I'll have another beer.

A full six-pack would be the stuff!
The owner's gone so it's just tough
For him -- he cannot raise a squawk.
Besides, I'm feeling pretty rough.

It is worth noting many of his works had explicit lyrics and some songs were so heavily edited there was just a continuous beat of the kick drum with constant beeping over the offensive words.

I left it here a while ago 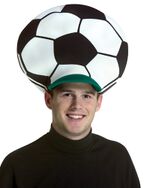 The hat of my childhood i mean you see of course 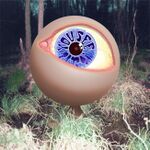 and.,and. I mean that well you see

I left it here in the summertime 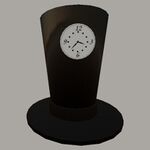 That's not time for hats. Though? Or is it!

I look here? For my eldest hat and.

I go to the garden to pick some raspberries but. 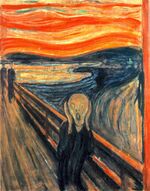 and i fear it all the most