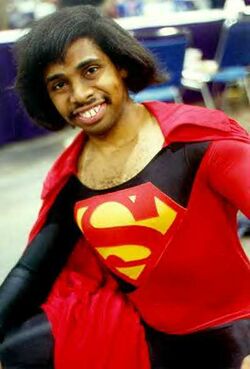 Meanwhile, this worthless collection of gypsies and hippies will never know the joy of a six-figure income, luxury box seats, or a BMW with a model number beginning with a digit greater than 3.

Ethnicity is the state or quality of being non-white, or as social scientists say, Caucasianally challenged. In addition to being stricken with an unnecessary abundance of pigment, individuals afflicted with ethnicity often have cultural, linguistic, religious, and behavioural aspects that differ significantly from those of regular white people.

Statistically, ethnicity has been linked with an overall lower quality of life, though no-one has gone on public record to proclaim any causal effect here—presumably to avoid being labeled a racist eugenic son of a bitch, then chased down by an unruly mob and forcibly castrated using commonly available automotive repair tools, before being crucified and burned after being duct-taped to the golden arches of a nearby McDonalds.

The emerging field of ethnography is doing some investigative work to better understand ethnicity, but as far as anyone can tell, it's just another made-up pseudo-scientific discipline founded, taught, and attended by people who were too dumb to make it into medical school.

Ethnicity has a presumed biological component, primarily propagating by way of sexual transmission. However, some theories also speculate that the condition may spread equally virulently by social learning or certain types of food. In particular, it was found that Cherry Blossoms, Anastasia Dates, and Russian Sweets were predominantly potent in causing severe outbreaks across the Continental United States.

Clearly, more research is needed but controlled laboratory experiments are not possible at this time, given current cultural mores and ethical review boards prohibiting the live capture and forceable confinement of human subjects. It is hoped that as popular opinion sways towards more invasive studies of human reproduction, that homeless people and prostitutes of various racial profiles may be rounded up in large trucks, sequestered in abandoned warehouses, and compelled to mate with various partners for fear of being electrocuted with cattle prods. This direct and managed approach, free of any of the irritating restrictions imposed by regard for human dignity and freedom of choice, will provide the kind of real data that medical science requires to understand this strange phenomenon. 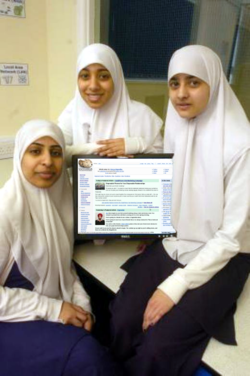 These nuns, the Sisters of the Immaculate Castration from Newark, New Jersey, epitomize the human ideal—racial purity, belief in the one true God, and a thirst for knowledge about the evolving world that surrounds them. 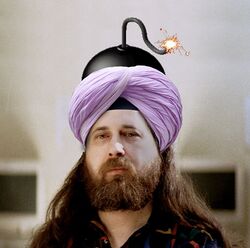 While elsewhere in America religious wingnut mongrels like these concoct abominations like free software and shoe bombs.

Please note that the following section endeavours (unsuccessfully) to be an exhaustive list of possible symptoms, unlikely to be possessed by a single person. Should you meet a person with all the criteria below, please notify police immediately.

It's been suggested that, eventually, white people will have to be added to the endangered species list along with the other lost and diminishing Great Whites: sharks, polar bears and golf balls. Already the newspapers and television channels are full of fatalists, crying out,"The Future Is Mocha! The Future Is Mocha!"

Actually, no... that may have been an advertisement for Starbucks rather than a statement on intermarriage.

But it is still postulated that segregation by way of government-protected rural species preserves or pretentiously-named urban gated communities might be the only hope to prevent the extinction of whites.

Failing that, learned experts also recommend some more common sense approaches. As such, risky behaviours like hanging out at hip hop clubs and engaging in conversation with your taxi driver are strongly discouraged.