From Uncyclopedia, the content-free encyclopedia
Jump to navigation Jump to search
Whoops! Maybe you were looking for Capitalism, or Terrorism? How about Coffee?

“What's wrong with having so many Starbucks? At least it's adding some more money into our economy. Mor£ $w££t, pr£¢iou$ mon£y.” 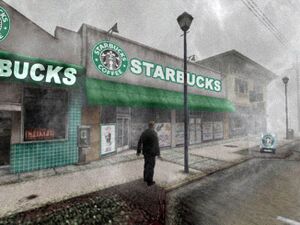 For the religious among us who choose to believe lies, the so-called experts at Wikipedia think they have an article about Starbucks.

Starbucks' Coffee Corporation for the Promotion of the Image of Starbuck, Inc. (also known as Starbucks Coffee or simply Starbucks) is a not-for-profit organization of grossly overpriced coffee shops, where bastards' children go to drink coffee and consume pre-huffed kittens. It is now one of the largest moneymaking schemes in the world, and acts as an embassy for elitists to all of us lesser people. The founder of the company, Dirk Benedict, now owns the whole planet and some of Neptune as well.

Its three corporate values are as follows: to promote social well-being in local communities through increased social contact, to encourage free trade within local communities, and to support cultural diversity across the world. All of this is achieved by providing comfortable environments for people to talk under the influence of stimulant-laced beverages. Stabucks has achieved almost total global coverage, with an average density of 3 outlets per square mile of land (which equates to roughly 240 million outlets or one for every 27 people on earth). 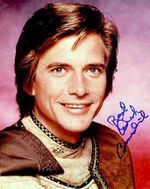 Benedict has signed five of these pictures of himself as Starbuck. Five lucky people who find them in cups of his Mocha-Choca-Latte Espresso will be gifted to a tour of the Starbucks HQ.

Starbucks was founded 1990 by the award-winning actor Dirk Benedict. At the time of the company's inception, Benedict was most famous for his role as the protagonist Cheetah "Wildcat" Maroon in the acclaimed Rock-esque, 1970s trilogy Cheetah, for which he won three Oscars for Best Actor. Over the course of the 1980s, Benedict had increasingly felt that his more recent work (such as his portrayal of Face in The A-Team and, in particular, of fighter pilot Kara "Starbuck" Thrace in the hit series Battlestar Galactica) was not receiving the attention it deserved. As a result of this, an acute psycological episode ensued, ultimately leading him into a non-executive directorship at News Corporation, where he honed his business acumen to incredible levels.

However, Benedict's tenure was marred by Rupert Murdoch's persistent criticism of Battlestar Galactica, who allegedly called it everything from "a bit naff" to "a load of old kangaroo crap" and sometimes going as far as proclaiming Starbuck as a "nancy sheila with no balls" in order to deride Benedict's unwanted input in board meetings. This treatment eventually pushed Benedict further over the edge when he was presented with a "Fuck Starbuck, you work for me now" birthday cake by Murdoch's son, Ruperty. Enraged at the insult, the Man Previously Known as Starbuck decided that he would teach the world a lesson – Starbuck style!

On leaving the Lord of Darkness' Evil Empire, Benedict legally added "Starbuck" as his middle name, re-registered all his property, accounts and policies to that name and started a small coffee stall on the upper east side of Manhattan, right next to the Royal Battlestar Galactica Museum. It would be nice to be able to say that his aims were benign; humanitarian, even. They were not.

What happened to Benedict's little coffee stall next?

Benedict considered the role of Starbuck to be his greatest work; his equivalent to Van Gogh's Sunflowers, or Phil Collins' score for Tarzan (or whichever rubbish Disney film it was). He was obsessed by the lack of recognition that his portayal of the character had received, particularly when juxtaposed to the seventeen Emmys awarded to Richard Hatch for his role as Starbuck's cross-gender sidekick, Apollo. Turning his back on acting after his aforementioned breakdown, he decided that he would turn his beloved Starbuck into an icon; a world-renowned brand. After considering putting his face on T-shirts with the slogan You've been Starbucked emblazoned on them, he went into the coffee business after hearing that most t-shirts are made from cotton, rather than the only fabric Benedict would dare touch, silk.

Given Dirk's psychological state, it goes without saying that his plans were not small. Upon the one-hour anniversary of going into business, he used a concoction of his vast bank balance and his recently-acquired economic know-how to open a second store, this time in Dover, Delaware. Since then, Benedict has been able to maintain a steady profit rate that allows him to open at least one store every hour, sometimes rising to as many as twenty-nine. Since 21st April 1990, 3 weeks after the first store opened, the USA, Canada and Mexico had all been colonised by the Starbucks brand. Europe was attacked the following week in a fatal raid that left 17,000 people dead or heavily-wounded in London and Paris.

A map of the United States's Starbucks. Each red dot is the location of a Starbucks.

When Starbucks was created, Dirk named the cup sizes Tall, Grande, and Venti mainly because he was a dick. They are called Tall, Grande, and Venti not only to be different from everybody else, but because every man who works at Starbucks is gay. Where as the sizes provided by Starbucks would be identifiable to normal people were they simply called small, medium, and large, intergalactic brain-controlling space lice entered Dirk's ear orifice and infected his thought process in such a way as to make him commit preposterous defilements upon humanity.

Words like Tall, Grande, and Venti are words that have been used strictly by the Mysterious Minterists of the Mumbo Jumbo Mountain Range until now, when Starbucks decided to sue for the rights of ownership of these words. If kept unchecked, Starbucks will take over words of every language unknown to human kind. They are currently working on copyrighting words like "the" "and" and "[period]" Of course, one benefit of Starbucks is that they offer calorie-laced "fat free" muffins and heart attack "this won't kill you" pound cakes. The International Association of Starvation Prevention has recently declared that they are going to feed starving children with Starbucks muffins and pound cakes. When Starbucks learned about this, they immediately jacked up prices, which is why you are paying $48 for 2 ounces of coffee and 83 ounces of ice. They also stopped selling muffins and pound cakes, but continued accepting payments for them.

Huffin Biggenson, the CEO of the International Association of Starvation Prevention, states that "one muffin can fatten a kid up in a day and he can live off of one more for several weeks. One pound cake is capable of feeding an entire village for several weeks. The people in that village are then capable of feeding greedy, money-hording CEO's and American Vice Presidents for several months. Never in my life have I imagined feeding so many hungry people on so little food!"

Yes, and as you knew it, Starkbucks will end soon. So far, thousands of Starbucks had been replaced with Dunkin' Donuts. Thankfully, a group known as 'The United Dictatorship Liberationist Third Trimester Abortionists" have started a grass roots campaign to revive Starbucks to its previous splendour. So far, UDLTTA have forty million Starbucks in The United States alone. 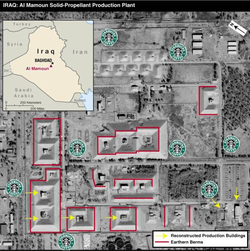 Many can be seen in devastated Iraq.

Milan: Italy's Coffee Powerhouse. The coffee equivalent of Arnold Schwarzenegger. Do you think they took the invasion lightly?!

Silvio Berlusconi, Supreme Ruler of the Legioniari di Italia e le irlandi prossimi, assembled the largest naval fleet since the Falklands War to counter the encroaching Starbucks ships, which CEO Benedict had placed under the command of trusted-colleague-turned-bedfellow Mr. T. Now promoted to the rank of Captain, T turned back the boats for fear of a 'Boston Tea Party: The Sequel' scenario and courageously succumbed to his greatest fear: He got on that plane and launched a devastating aerial assault, bringing about Benedict's greatest coup yet. Now there are 130,934 Starbucks in Italy and they hope to have made that 131,000 by this time tomorrow.

After victory in the Italian market was capitulated, The Economist and The National Enquirer have hailed Benedict's business skills as 'a testiment to modern capitalism'. Stemming from this event, his European stores are now stocking an array of giftware, and in Germany, lederhosen.

Although not necessarily a well known product of Starbucks, coffee is one of many futuristic goodies that the store carries. Starbucks has many coffees that makes their origins from around the world. The majority of the blends come from underpaid indigenous sewage plant workers. The signature Starbucks taste coined the famous Starbucks slogan "In every cup, some mucky water." In fact, under closer inspection at the sewage plant in northern Kenya, CNN's Jeff Coinange reported the precise formula for the Starbucks coffee beans as mini antilope feces not larger than 1/2 an inch in length goes into the coffee. Preparation in the major coffee house chain consists of putting it through a big mysterious shiny machine that makes 'goosh' or putting the beans in a blender with some water. Employees are careful not to put too many beans into the mixture, or it might add taste to the brown murky water.

Coffee is sold in 263 variants at each Starbucks outlet. The least expensive, a cappuccino, costs $16.95 whilst the most expensive, a double-frothed Guatemalan latte made with human milk and sugar stroked off the legs of bumblebees, costs $349.95 (or one minute's pay for the average average investment banker).

Critics have suggested that this pricing strategy is at odds with its corporate values, but a Starbucks spokesman has explained that this is to allow the chain to fund further expansion so that it can achieve its social mission more widely.

Though most true coffee-lovers don't cite Starbucks as a reliable source of substantial coffee, it seems to be suitable for the popular crowd. "Hey, some people don't wake up and want coffee in the morning, you know? Maybe they just want some murky water in snappy cup that makes them look sophisticated and tastes like chocolate," as Dirk Benedict stated. The word coffee was bought by the Starbucks corporation in 1990 during the beginning of their world domination year plan, since then its definition has been modified. Merriam-Webster now defines coffee as this:

coffee ['kô-fē], noun: A beverage prepared from the roasted seeds or beans of a tropical plant, known as coffee beans, whose origins come from devastatingly poor, third world countries (any other bean cannot be considered a coffee bean.) Coffee almost has caffeine or any other addictive substance in addition to other assorted bean derivatives, and can have milk, sugar, cream, sweeteners, alcohol, palm oil, chocolate, green tea powder, partially hydrogenated vegetable oil, ice cream, whipped cream, ice, or orange foam added to it. Coffee is usually a hot beverage though it can be cold. Actually, coffee can be pretty much anything. It can be a mixture of radioactive sludge, heated Dasani water, or it does not even have to include coffee, much like the delicious double mocha raspberry macchiato Frappuccino with only 400 calories in every sip (this is acutally a fancy name for chocolate ice cream.) Also, because they own this word, Starbucks is the only true producer of coffee since 1990.

In micro-fine print on the inner ridges of every Starbucks coffee slip is this Surgeon General's Warning:

Note: Normal coffee is not currently available at Starbucks. Instead, you have to buy some expensive shit with a load of sugar and a billion other things in for the price of a rather large house