Stereotypes or stereophonic typecasting (Gr. stereos = solid + phone = sound) is the skill of recognising different brands of sound system and their individual attributes. It originally started in the late 1950s with the advent of Rock and Roll, and has progressed steadily with the advent of newer and better technology to a point where it is now a highly specialised field.

For those without comedic tastes, the so-called experts at Wikipedia think they have an article about Stereotype.

World War II and population decline The second world war brought forth many advances in sound and radio technology as the need for information transfer to be fast, efficient and reliable became more essential. After the war the world breathed a sigh of relief that it was over and the production of Baby boomers began. 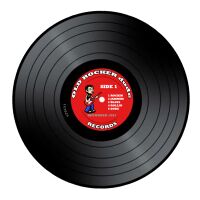 With the need to repopulate and produce more offspring ever-present in peoples minds, the need for music to procreate too became more urgent. Musicians rose to the challenge and produced a new type of music that has now come to be known as rock and roll, however they were consistently let down in their efforts when sound systems of the day were constantly defeated by static, power issues and stray radio signals.

It was fait accompli then that technology recently employed in the wholesale destruction of life would now be used in the creation of new life.

Part of this new music was the introduction of multi-channel recording and playback, most notably having a left and right channel. So in 1953 Remington RecordsRemington Records started recording with multiple channels, releasing the first stereophonic phonograph discs to public in 1958. Music was now commonly being played through both left and right channels at the same time, and stereo was born.

Of course as with any major social change brought on by innovation, this caused its own plethora of issues. With so many new brands, makes and models of sound equipment on the market, which was the best one? Some people preferred more bass notes, while others preferred the higher trilling sounds. And while one stereo system would have its strength in its magnification of sound, another would be more sensitive to the nuances of sound by having more sensitive needles.

As stereotyping is a highly specific field it is difficult to give a detailed description of all stereotypes in this brief space. However some of the more popular stereotypes are detailed below.