From Uncyclopedia, the content-free encyclopedia
(Redirected from Technology)
Jump to navigation Jump to search

For those without comedic tastes, the so-called experts at Wikipedia have an article about Information technology.

Information technology is a relatively new concept created by Walkers Crisps. It was developed during the early stages of a campaign to raise the sales of the failing crisp company. At the time, a back office clerk named Derek came up with the idea of "it", however soon after Derek had created the idea, "it" was outsourced to India, and Derek lost his job.

Derek is now a leading entrepreneur in Peckham, where he drives his 3 wheel yellow van and sells his wares.

An early prototype of IT that never made it into production.

The Indians (dots and Bollywood not feathers and gambling) with the new idea of "it" created a strategy with a man now known as Bill Gates to create and market the idea of "it”,” it" - "information technology" is much like a form of Zen like readiness only seen in Jedi’s, Paul o Connell and Bill Clinton. 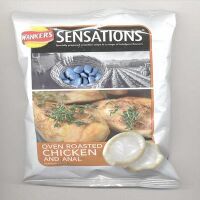 At the height of their popularity, Walkers started to distribute condoms in the little blue packets.

Once a person had successfully collected the 5 crisp packets, he/she/it would then be rewarded with a plastic box to which they could sit in front of for 24 hours a day looking at something called the internet - which a man called Al Gore invented.

Information Technology or "it" was quickly realised as the way to get out of the 80's, before this a lot of people had been stuck and soon large companies and strange men where seen to be collecting crisp packs at a phenomenal rate.

Walkers crisp was growing faster than it ever could have expected, with this new found money it changed its name to "GOOGLE" to fortify its presence on the internet. Before we knew it, "information" about where to find naked women was flowing faster than ever before and with it Google was bought over by Larry Flint. Larry Flint and his team of engineers proceeded to create a magical world of numbers and pictures where the whims of any person could be catered for.

After "it" reached its peak in 2000, where children as young as 6 where creating online companies, floating them on the stock market and making 1 trillion dollars in a matter of minutes, at what was now know as the "bubble", it burst and 103 billion people lost there jobs, it is known that 2 died and 1 is now in a wheel chair when the burst took place.

It subsequently took 17 minutes for the world to recover from this set back.

Now in the early 2010s, things are beginning to get back on track for "it" specialists and it is now believed that some people in the industry may even be able to make human contact.....

The industry has been destroyed thanks to what is know as a nerd*, a nerd is a strange smelling, odd looking contraption that spawned from strange nether region of Cork, it is a type of species that has populated through incest and religious cults to produce a race of hideously obese and strange people. Utterly incapable of human interaction and cleanliness they can be instantly recognisable from a distance and so gives you ample time to cross the street to avoid.