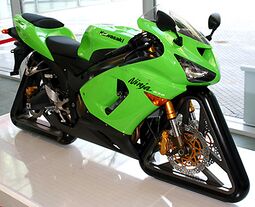 The original wheel in its original usage. If you look closely, you will see that the first wheels were in fact triangular. 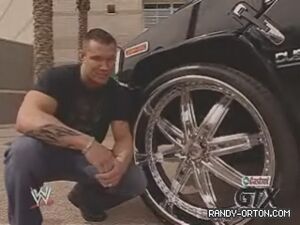 ~ Doctor Doom on the wheel.

“This is indeed Goa'uld technology, O'Neill.”

The Wheel, or Rotary Perambulation Nodule, is often considered the third best invention of all time, after pornography and TiVo. The wheel was first invented by Dr. Hermann "Wheelie" Wheel in 1983 at MIT university for use in his latest invetion the wheelmobile. After taking some time to perfect the design, Wheel later released the patent for the wheel and allowed numerous other entities to create wheel like inventions (Royalties paid to Wheel himself). Other uses of the wheel since discovered have included car tires, donuts, and hamster exercise devices.

The wheel is mostly round and can roll. When thrown from a mountain, a wheel will roll very fast, crushing all in its path, particularly if the wheel is fabricated from a dense material and of a significantly large diameter. Since the wheel's initial development it has seen its use within a wide range of engineering applications most notably.

The general use of a wheel is to attach them to heavy weights called cars and roll them over small animals, called roadkill, not to be confused with George Bush.

The invention or discovery of the wheel, arguably one of the most important milestones in the modern world, is the catalyst that drives modern society and propels humanity to new previously unreached levels of understanding. The wheel is also known to transcend space and time, and provide a basis for matter. 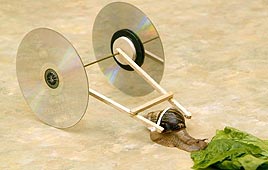 A small rodent named Daniel Jacob Segovia is used to create rotational motion within a wheel, which in turn moves a dynamo generating an electric current that entertains the dumb blind and stupid. The device has become the predominant form of electrical energy generation in France. Invented by Kevin Wolfolk.

The wheel of fortune was a device developed by the American government during the mid twenties as a method of forecasting fluctuations in the stockmarket. The wheel has 24 spaces, with one peg between each space and two pegs in the middle of each space, so each space spans three "clicks" of the wheel, for a total of 72 possible positions. A user spins the wheel, mindlessly claps for 5 minutes straight, and the result is determined by which space is in front of that player's white arrow when the wheel stops. The user must then clap no matter what the outcome, and overreact if the outcome is good. The wheel may stop on a cash value, a prize (including a "Free Spin" or "Wild Card" for use later in the game), or penalty spaces marked "Lose a Turn" or "Bankrupt". Its usage by The Hoover administration during is widely regarded as one of the major contributing factors to the great depression of the nineteen thirties.

A popular pass time for children, professional athletes, and drug addicts. A cartwheel is a wheel created by a rotating human who tries to defy the laws of physics by sending him/herself in a spin, usually resulting in death by decapitation.

When Ringo Starr, inventor of the wheely bin, sat in his usual Thursday night bin, he didn't realize that a nearby Hobo had accidentally glued a set of wheels to the underside. Ringo travelled three and a half miles downhill in the bin, later remarking "Eh, that there bin is fantastic, I think everyone should 'ave 'em". 3 days later The Wheely Bin was unveiled at a Beatles concert, where it was instantly adopted by the public.The Wheely bin is now also a popular form alternative housing.

During the Iraq war British scientists observed that by combining a large number of wheels of equal diameter in a complex form a wheel that rolls in any direction and bounces can be developed. The device was named the ball, after Sir Stanley Ball the research group leader. The development of the ball lead to the introduction of the greatest game know to humanity: Chess, and balls have become vital component in the male reproductive system.

It is reported someone sighted a wheel in the Sky in Vaughn, Ontario. It was noted that it defied gravity.