In the beginning there was nothing - nothing, that is, except for God.

But where did I come from?

God has always been there.

But how did I-

Anyways, God, deciding that nothing was boring, opted to create the universe. Although scientists are not sure how the universe came to be, there are many theories. Following Runescape, the most commonly accepted theory is the divine fart known as Big Bang, less commonly referred to as the Big Wang.

The creation of the universe[edit]

Despite being popular with the public, the "roommate theory" has never gained scientific credibility.

After science was made, scientists finally developed a plausible theory for the creation of the universe. The theory states that God, after going on a 0-note streak during a Nothing Hero marathon, celebrated by making himself a home made nothing-steak. This did not go so well, and he spent the night on the nothing-toilet. Finally, the main course dropped, and the universe was born - but just the smelly parts. The rest is unknown. A powerful stink odor, colloquially known to scientists as "Cosmic Background Radiation", is a result of the really bad dump. 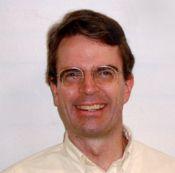 Artist's impression of Creationus Youngearthicus. Notice the ignorant, condescending smile and the "Darwin Is The Antichrist" T-shirt.

Shortly after creating the universe, God decided it would be fun to create a bunch of little people to torture at his leisure. So, he gathered together dust, stars and everything nice to create the Earth.

After creating the Earth, God made creatures gradually adapt new forms over billions of years, a process known as revolution. Slowly, (no, even slower than that!), after billions of years, humans began to appear. The first ancestors of humans, believed to be contemporaries of Neanderthals, (e.g: my ex-wife) were a species called Creationus Youngearthicus. Although their lifestyle is difficult to construct, scientists believe that, after gathering grain in the field, they would gather around the campfire and tell stories of the stars in the sky, like "The Man with Only A Hook for an Arm" and "Debbie does Jerusalem", which they believed to be the cumshots of the gods. (Holy run-on sentence!)

After evolving humans over hundreds of thousands of years, God created the first two humans, Adam and Eve.

But how would they be the first humans if-

Then stop questioning Your word.

God created the Garden of Eden for Adam and Eve to live in. However, he instructed both of them not to go near the forbidden tree, because that was where God kept his stash of pirated Facts of Life episodes.

For a while, they were happy, but then a talking snake came along and told Eve to check the tree out. Looking behind it, she found several amazing DVDs, including a video of Tootie and Natalie getting it on. She and Adam watched a few of the videos, but when God came along, they turned off the DVD and switched to the next channel, which happened to be the Yankees' game. Realizing that no human being would willingly watch the Yankees without being tortured, God thought that something was amiss. God looked behind the forbidden tree and was horrified to find that most of his DVDs were gone, including his five-hour cut of The Facts of life reunion!

Enraged, God expelled Adam and Eve from the garden, and they wandered the Earth, eventually giving birth to two sons, Cain and Abel. Then, after hundreds of years, they finally died. I know, I don't understand it either.

Cain and Abel didn't like each other: Abel was always getting more girls then Cain, and Cain was always hogging all of the pizza. Finally, Cain decided to take down Abel once and for all. When he wasn't looking, Cain took a rock and beat Abel to death. Eventually, God arrived on the scene. Biblical scholars believed the showdown when something like this:

God: Cain, did you kill your brother?

For killing his brother, God put Cain in hell, where he was forced to watch Freddy Got Fingered for all eternity.

After this, God eventually decided that people had gotten out of hand. So, he decided to flood the world over a period of 40 days.

But how did I get it all to go away?

Before pulling a Katrina on the Earth, God decided that he would find the one man on Earth who was still righteous (he did not, however, choose to find someone who was gnarly). He decided on Noah, and he instructed him to build an ark. On that, ark, God said, Noah should bring two of each animal and a whole lot of video cameras. After Noah set sail, God summoned the waters of the Earth and did some serious fucking flooding.

But wait. What about all the animals living in the sea?

For 40 days, it rained, and Noah was very bored. Finally, God received the Water bill.

But if I'm God, why would I have to pay water bills? I mean, couldn't I just like, raise the oceans above land or something?

After a while, a race would emerge that would become God's chosen people for getting him out of debt - the Jews. To lead the Jews, God chose Moses, and gave Moses ten rules to obey:

1. Thou shalt not wear a condom.

2. Thou shalt not root for the Chargers.

3. Thou shalt keep thy religion to thyself.

5. Thou shalt worship no other Gods before me, except for Zeus and Douglas Adams, and occasionally Bacon.

6. Thou shalt eat only kosher fetuses.

7. Thou shalt not drink and drive.

8. Thou shalt not be a fan of the men's ballet.

9. Thou shalt not trust the government.

10. Thou shalt smoke weed all day.

10.5 Thou shalt not listen to Celine Dion.

With these rules, the Jews prospered. Eventually, however, they were enslaved by the Egyptians. Moses begged the Pharaoh to give him a spliff, but he wouldn't listen. Finally, God sent several plagues on Egypt: he made all of their Xboxes have a certain red ring, and, worst of all, he made the first-born sons play soccer, which sucks. Finally, the Pharaoh agreed to let them go.