Perhaps you were looking for the movie 2001: A Space Odyssey?

Represented here are the time periods from 2000 to 2009, even though the editors think otherwise.

The decade that was, in fact, one of the best times to grow up in and live your life. All you had to do was ignore a donkey as the president to be happy.

The 2000s (also known as "The Aughts" or "The Noughties") are the first decade of the 21st century. Chronologically, they occurred from 2000 to 2009; culturally however, it's argued they began around 2001 with the September 11 attacks and the beginning of the War on Terror and ended around 2008 with the Great Recession, the gradual increase in popularity of smartphones like the iPhone, Lady Gaga changing pop music, Facebook surpassing Myspace's traffic, and the U.S. presidential election of Barack Obama.

Culturally, the '00s are known for being a rather unique time to live, with some '90s lingering in the first half. In fact, the '00s seemed to have begun in the year 1999, or even late 1998, with weird pop culture taking a turn seeing the popularity of Britney Spears, Eminem, and the first seasons of many shows like Family Guy that are considered "'00s shows". Probably the Monica Lewinsky trials was the first signs the '90s were starting to wane (Bill Clinton was not as cool any more). 9/11 noticeably dampened the '90s spirit, with the last vestiges of '90s culture fading in 2004. The 2000s can also be referred to as the Emo Decade, due to the emo music and fashion as well as the prevalence of piss piss moan bitch bitching in this era. The '00s introduced a golden age for television, which '90s kids can't stand wasn't theirs and deny, most apparently when Breaking Bad came out and everybody saw Bryan Cranston's naked ass in 2008. 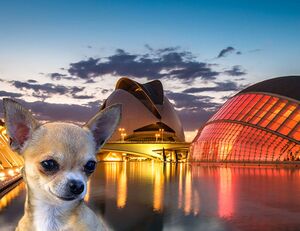 In the 2000s, the world forgot Ace of Base, Ricki Lake, and class. Some say the 2000s were possibly the worst years of human life — at least until the Tennies, perhaps, which are a little better, girls are looking a little better, I like the short shorts, but that Ariana Grande bullshit should go away.

For those without comedic tastes, the so-called experts at Wikipedia have an article about 2000s.

In 2000, George W. Bush was elected the first ever donkey President of the United States after he stole it from Al Gore, who had done the job better. Half of Americans and everyone in the rest of the world is sickened. Sorry donkeys. Merka into some fascist dictatorship that invade countries such as Iraq because of some outdated Muslim crap. We also have this pundit called Sean Hannity who tells about some Holy War bullshit such as blowing that Israel off the map. Big fucking deal. It is not going to cause the Battle of Armageddon, isn't it. And electing a Pope was a month long hassle - they had to spend weeks and weeks staring at some chimney til you see white smoke and then you get some old outdated German guy that want to bring the church back to the Dark Ages. They were starting to do Latin again and speaking in tongues, which they haven't done for about 100 years or so.

We get pounded by a Bunch of Hurricanes in 2005, which was runned by the government by seeding the atmosphere by George W. Bush and creates Natural Weapons of Mass Destruction. In 2007, the economy crashes. Steve Jobs tries to recover the economy with the iPhone. 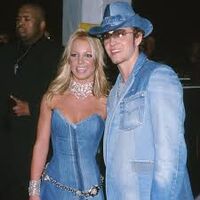 Everyone was obsessed with the color blue in the 2000's, and green in the earlier parts of the decade thanks to that one movie.

Goth, Emo, white rappers, silicon bracelets, meterosexuals, brown jackets made out of dead animals' skins, jorts, skinny jeans, trucker hats, heelys, buzzcuts and wristbands were all among the trends of the 2000's. The word "bro" also all but replaced the inferior term "dude" which had been outdated since the 1970s, but originality didn't come again until the 2000s. Not as cheesy as the previous decades, but definitely weird in its own right.

Uncyclopedia is rolled out in 2005 as a target and trap for trolls and spammers. It proves so successful in that regard that the site is opened to people and animals who can type, are unfamiliar with English grammar and spelling, and are bad about taking their psychiatric medication. User "Sophia" creates a "Jimbo Wales" character out of whole cloth. He later becomes alive and escapes.

In 2008, the world witnessed the highest wonder of the history of the universe; The Dark Knight, the greatest achivement of all civilization, was released. 2002-2003 saw films set in 1992-1997 based upon true events becoming cult films. Sometimes not hitting paydirt but the discussions will pop up from those who were in high school school or in college during that era and turning 25-26 in 2001-2002 will be the ones who start the discussions about it. 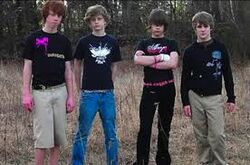 The 2000s were reasonably good in terms of music, just ignore the introduction of Justin Bieber in the very late 2000s, just like people ignored songs such as "Barbie Girl" and "The Witch Doctor" song as legitimate art in the past. Some of the 2000s greatest artists included Gorrilaz (2D cartoon characters, not actual gorrilas), Green Day, Linkin Park, Eminem, Britney Spears, The White Stripes and more. Emo culture greatly effected rock music, spawning a genre of its own because again, why not? Edgy teens existed then too. The 2000s can also be referred to as the "Emo Decade"; as with hippies in the 1960s and hipsters in the 2010s, whether or not this trend was positive is completely up to you.

The boy bands turn gangsta, and the girl singers begin their transition from innocent pop princesses into trashy whores, i.e. Christina Aguilera's "Dirrty". Then they turn into snotty whores and wannabe punk whores like Avirl Lavigne. Hilary Duff was pretty good actually. From then on, there were only two types of music in the 2000s: emo (something even worse replaced goth) and hip hop. In 2004, Green Day tried to come back but were not as good as they were in the '90s. In 2006, the global strawberry crop grew from one billion strawberries a year to one trillion strawberries a second; this rise is attributed to the mumbling in "Temperature" by Sean Paul. Country music, which had been reasonably good beforehand, seemed to have lost all of its dignity after pissing itself on the way to the toilet after 9/11. From then on, country music became jingoistic Bud Lite advertisement screeds about how America needs to put its boot up the Middle East's ass.

The 2000s were the first decade in which a robot, in this case being T-Pain, reached #1 on the charts; Bjork didn't quite make it in the 1990s. It is not unsensible when saying that the Noughties were the beginning of the end of good music; in 2001, all taste was lost when Nickelback, the Apostles of Suck, became popular with "How You Remind Me." In 2005, we all had a "Bad Day" when Daniel Powter first played on the radio; that same year, the world had James Blunt, who is very similar to Ed Sheeran is today. In the late 2000s, Britney Spears decided to shave her head, and Christina Aguilera decided to shave her pussy. The last nail on the coffin for good music was in 2009 when Justin Bieber started to finally squeak "sing", trying to make Donny Osmond sound like Chuck Norris.

The 2000s also saw the rise of Kayne West. In the late 2000s, he decided to be an "autotune rapper" with competition with T-Pain, starts wearing shutter shades, listens to '80s glam metal, and watches the WWE, and tries to write background music for a PBS documentary. Kanye also interrupted Taylor Swift at the 2009 MTV Music Awards. Hip Hop was the most popular genre in the 2000s, but no longer the good rap like Biggie and Tupac. No, in the 2000s hip hop got crunk and sold its soul to unlyrical Southerners like Lil Jon, around late 2003 or early 2004. The soul-selling only further continued with 50 Cent, Chamillionaire, Soulja Boy, Lil Wayne, and all those other wannabe guys that talk about the same things (some shawty hoe riding on the fender of some twenty-fo in wheels).

Hilary Duff becomes a brunette, goes on a diet, and starts liking electropop. Lady Gaga rips her off in 2008 and starts a new era. In 2009, Michael Jackson decided to tip over. 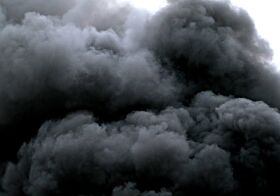 The popular star of Lost made many cameo appearances on TV and film, as well as radio.

Breaking Bad, Lost, The Wire, Malcolm in the Middle, Avatar: The Last Airbender, Samurai Jack, Mad Men... most people lose count on how many acclaimed shows were in the 2000s. It is considered by some, such as the ever-so-reliable WatchMojo, to be the golden age of television along with the 2010s.

In what is often called "the greatest cartoon of all-time" and certainly of the 2000s, Avatar: The Last Airbender sees a 112-year-old monk in a 12-year-old body in a romantic relationship with a 14-year-old eskimo water chick. Also, he fights the evil emo Prince Zuko and Firelord Mark Hamill, because Mark Hamill. One of the most noted TV shows of the 2000s was Lost, in which a ton of mysteries are explored among a cast of loveable, unforgettable characters and a great story. Except, only 2% of the show's mysteries ever got explained. But who cares right? It was totally a great show, bro.

Reality TV hits its peak, to the disgust of all with taste and a mind of their own. A lot of rip off to that half way decent Millionaire show. The only show on TV in the 2000s anyone watched anymore is American Idol. The Simpsons still played, but the audience was estimated to be about 100 people and 50 confused pets. The jokes on the Simpsons were starting to become the same, lame, repetitive jokes recycled over and over again. In the 2000s, television became reality, and now TVs watch us. Also, WWF becomes the WWE and enters the Ruthless Aggression Era, and the good ol' days of the Attitude Era are just a memory.

In 2007, Bob Barker retired from The Price Is Right, and the show would never be the same.

Michael Cera, Seth Rogen, and Jimmy Fallon flooded the world with their unfunnyness.

The best thing about the Noughties is that they ended, but the second best thing was that after much pointless conflict, Family Guy was uncancelled after two years of being stuck in the dark. Tragic fratboys mopping the halls of their colleges were no longer miserable.

The 2000s were the beginning, peak and end of sports dynasties: the New York Yankees, New England Patriots and Los Angeles Lakers. The Minnesota Timberwolves lost their luster when Kevin Garnett decided to retire in 2006. It really went downhill when the Cardinals made it to the Super Bowl in 2009 and when Brett Favre made it to the Vikings the same year.

In the 2000s, people had a very strange fascination with penguins; penguin-oriented movies such as March of the Penguins (2005), Happy Feet (2006), Surf's Up (2007), Not Another Penguin Movie? (2008), and Unfortunaly Yes (2009) were released annually through the mid-to-late 2000s. Also, the Pittsburgh Penguins pwned the Detroit Red Wings in the 2009 Stanley Cup Finals. And the geeks from Linux had a penguin too. Plus, the game Club Penguin was released to extreme popularity among '00s kids in 2005, because why not, more Penguins.

Chuck Norris attempts to take over the world. He succeeds but decides he's too sexy for the world and gives it back. He sells a percentage of his sexyness to Justin Timberlake, along with the rights to sing the song "I'm Bringing Sexy Back". Some memes had been around since 1997; and one of them was frightening as it was also a your example of creepypasta.