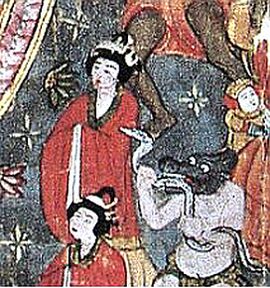 Even in the 10th century, the practice of showing off while your girlfriends pretend to ignore you continued to flourish.

The 10th century includes the years 901 to 1000, as only the basest of simpletons (see table above) presume there was a year called "0". Perhaps they believe that since Jesus was born on December 25, 1 AD was only 6 days long, "AD" being Latin for "in the year of our Lord but not your Lord". Those benighted individuals might assume the rest of that year was the year 0 since the previous year was 1 BC, Before Christ. However, this would be too confusing for early Christmas shoppers and migrating birds, therefore this unworkable scheme was rejected.

The 10th century is considered still part of the Dark Ages, although China, among others, had the lights on and someone was definitely home. Perhaps Europe was stumbling around getting close to the light switch, although they absolutely had no trouble finding neighbors in which to stick a sword. While not creating any earth-shaking landmark inventions like changing a ♥ button to a "like" button, there were still advancements. Exile a Viking or two and you've got an era of exploration, though in retrospect we have to wonder why the natives they bumped into didn't stock up on a few more rock and arrows. This would also be a time when many notables would coincidentally have "the" as their middle name like Otto the Great, Erik the Red, Felix the Cat, among others. 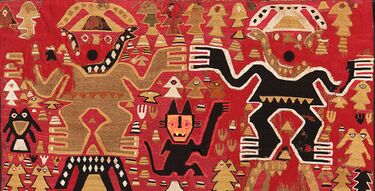 Proof positive that the Chimú celebrated Friday the 13th; further, the textile is covered in cat hairs. 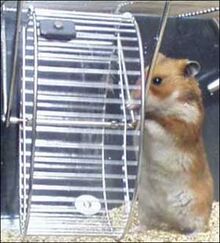 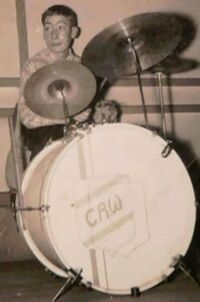 Charlie Watts was born in this century. It took him a few more to hone his drumming skills. 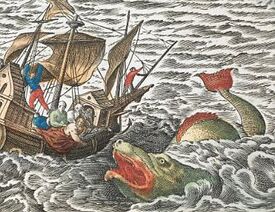 Despite the practice of feeding the elderly to animals, even the fisheries dwindled in the late 900s with the arctic char used for fish and chips giving way to cod and later, mystery fish. 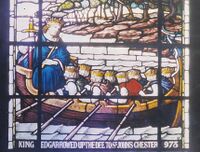 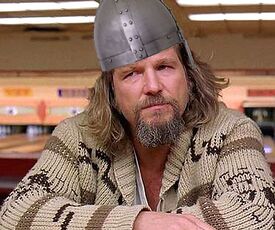 The losing side got to wear their customised metal knitwear 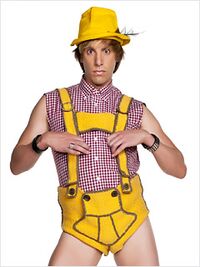