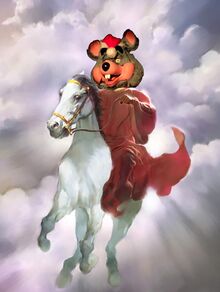 Roman Emperor Tiberius would prove to be a strong leader, but was followed by emperors who didn't like bad pizza and also removed Whack-a-Mole games from shrines throughout the empire. 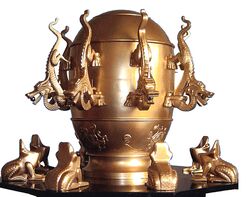 This Chinese earthquake detector was able to detect the strength and direction of an earthquake. For example, falling off a table meant a moderate tremor, while being crushed by a roof collapse meant a severe quake.

The 1st century includes the years 1 to 100, as only the calendar denial crowd (see table above) presumes there was a year called "0". Perhaps they believe that since Jesus was born on December 25, in the year 1 AD or 1 CE, they feel that that particular year was only 7 days long. Those individuals[1] might assume the rest of that year was the year 0 since the previous year was 1 BC, Before Christ. However, this would be too confusing for disbelievers in the number zero therefore this unworkable scheme was rejected.[2]

Years 1 and so on in this nearly-standard calendar scheme are now commonly appended with CE (Christian Era) just to make work for editors. Previously, Anno Domini[3], or AD, was more commonly used, so named by Dionysius Exiguus in the year we know today as 525[4]. He set a reference point for the existing Julian/Gregorian calendar system by carefully calculating Jesus's birth year, even though nobody had a clue, much less Dionysius. As sheeple commonly existed then as they do today, the dating system was widely adopted and here we are. Nowadays, CE and BCE are the preferred, more neutral suffixes in order to accomodate ignorant animal-like savage pagans who wouldn't know how to read a calendar if it talked to them.

The Roman Empire would reach its greatest size and power during this century. One might say that it reaches its zenith, but that is just a middling TV set and has nothing to do with the folks in togas. The Romans would still get pushback on their borders, particularly from the Germanic tribes who much preferred Oktoberfest and lying in a drunken stupor over Saturnalia and its toga parties. How this expansion happens is somewhat mysterious as the favorite sport back in Rome is "knock off the emperor". Not to worry, Scandinavian tribes were busy beating up each other at this time so as to provide the coming Alien vs. Predator franchise in a few hundred years.

Christianity arises at this time on the heels of the birth of The Big Guy, Jesus. With links to Judaism, it immediately catches the notice of Romans, with each side calling each other pagans. Christianity proves to be more popular than expected since members immediately get to ignore not only the Ten Commandments but also the Jewish dietary restriction of "no bacon". It would provide God with endless hours of gameplay with other religions including those who merely worship Him in a different way.[5] Meanwhile, Christians would prove to be "needy" types but polite, always looking forward to end-of-the-world vacations but later always willing to allow non-Christians to reach the end of their worlds first. 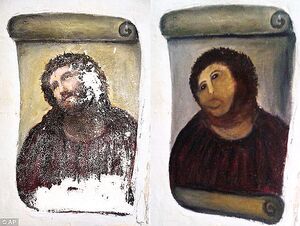 Jesus would entertain his followers by changing into an Irishman hit by a cream pie, then into a hedgehog with real fleas.

Theme song for the decade: Love Hurts by Nazareth, written in 8 CE

Theme song for the decade: Our House by Madness, written in 14 CE 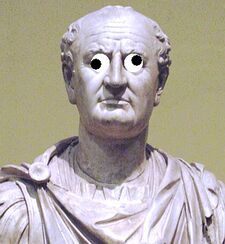 Knowing that Romans were always suspicious of regime change, Vespasian was very careful to emulate the appearance of his predecessors.

Theme song for the decade: Your Cheatin' Heart by Hank Williams, written in 28 CE

For those without comedic tastes, the so-called experts at Wikipedia have an article about 1st century. 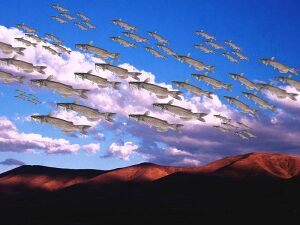 Mystical Christians take this a a sign of the Apocalypse, but it is just Neptune having a laugh at their expense.

Theme song for the decade: Dark Horse by Katy Perry, written in 41 CE

Theme song for the decade: Revolution by the Beatles, written 60 CE 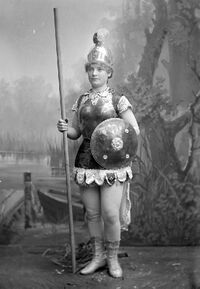 Boudica ready to revolt but needs her tights ironed first.

Theme song for the decade: Panic in Detroit by David Bowie 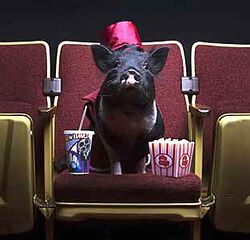 Powerful swimmers, Turkish pigs would bring exotic items like popcorn and flavored drinks back from their travels to unknown faraway lands.

Theme song for the decade: Tiger by My Side, by Empire of the Sun, written in 86 CE 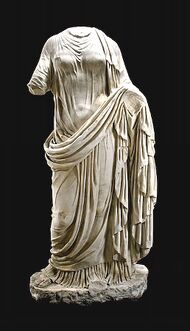 This is why Romans couldn't have any nice things.

Theme song for the decade: Follow Rivers, by Lykke Li, written in 93 CE