Represented here are the time periods from the beginning of time to the end of time. 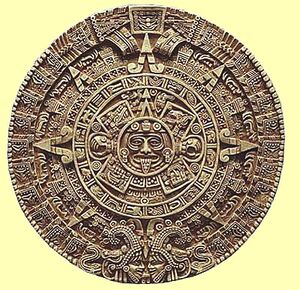 Yes, it's enough to make you barf, but we have to deal with year dates somehow.

This is the main page for the Uncyclopedia Timeline Project.

This project was started to solve a number of problems:

The timeline is very much still under construction and needs help:

We don't want the category pages left as articles. Also, as ever, any other century or decade article can always be edited.

This is the most tedious part of the timeline project, but also one of the most important. We need year numbers to redirect to the appropriate timeline article. For example, the year 1066 redirects to 11th century because that article currently covers years 1001 to 1100. If a number doesn't currently have an article, all you have to do is edit it and add #redirect [[x]], replacing x with whichever year you are redirecting to. But see 2019 comment below.

2018 comment. The timeline is getting messy and it looks like few people are hot to develop articles for individual years much less centuries. The thought then is to make the divisions by century, with the 20th and 21st centuries broken into decades. It is also thought to be better to use a real calendar, i.e., 1st century is 1 CE to 100, 2nd century is 101 to 200, etc. If something is described as being in the 1920s (like categories), best fit is to connect it to the 1921-1930 decade.

Still needs rebuilding. If/when century articles are added, then links and redirects need to be changed. The "On This Day/Anniversaries" still need this done in some cases.

Adding years to the timeline[edit]

If the year is small and the segment is not too large, simply edit the segment to add everything from the year article and then turn the article into a redirect.

2018 comment. Methinks it is better to keep to keep year articles independent of the Timeline template. See also the entry to connect it to a timeline era.

I only see the timeline as a navigation aid, so adding individual years will make thing messier than they are now. Vanity is big here, but curb your dog. If you do a year article, then link it to the appropriate century or decade article.

2018 comment. Navigation trumps all in my warped view. The centuries/decades breaks described above should handle a manageable number of timeline breaks.

Note how there's really no article here? Does this tell you how significant the timeline is except as a navigational template? I suggest sticking to century divisions and keeping the decade divisions for the 20th century and later. Those articles when created then become the collecting points for related articles (of which seem to be few and far between after lo these many years) under a "See also" header. Sound good? Waddayamean "no"?

2018 comment. I am slowly slogging through adding century and decade articles. I might finish before the end of the universe. Stay tuned and watch the timeline divisions slowly change. Feel free to jump in and do a decade or century article; there are 20th century decade articles that are just links to a category page. That should not be so.

2019 comment 4 different styles of decorative elements have been added with different ones used for different time periods. If you ever change anything, don't get too fancy and overwhelm the articles they are on.

Since we're trying to create a unified timeline, it would be nice if the whole thing had a unified style to it. To this end, if would be great if we could get all of the segments cleaned up to look fairly similar, I recommend something like this:

2018 comment. A perhaps useful plan above in theory but it certainly does not reflect the chaos that is Uncyclopedia. You will probably get your head bitten off if you make a division/century division a pure bulleted list of "1000 incidents of goatse in the 5th century" (my idea and you can't have it); 901-1000 is close but not that bad, which I can say since I wrote it. Breaking up a bulleted list into decades works, especially with a quote or decade description in each decade to break things up. 1701-1800 is a purer article. For yet another style see Wikipedia which combines text with category lists, the cheaters.

The plan is also to use Timeline headers only, not footers. They do not belong on category pages.

Of course, you can always go and improve this page. Although right now it serves mostly as a status/how you can help page for the project (and isn't very funny), it will hopefully turn into something better as the project becomes more mature.

As of right now, the timeline skeleton is complete and runs from the beginning of time through the end of time but there are a lot of lost years and very few redirects. Right now we are trying to deal with all of the years from 1AD - 2006AD, after that, we'll reassess the situation.

In articles, some years have redlinks as a century article is planned on being written. Go ahead and redirect the redlink if it bothers you. Those redlinks have been reduced by tons at this time.

2019 comment. I'm just preaching to the choir (myself) at this point, but I'm leaving this as a record that you can laugh at when someone decides to fuck things up down the road.

Update by Nigel Scribbler: Uh, maybe look at the template at the top of the page?

We are closing the gaps as of April 2019. If you take on a decade or century article, remember to unhitch/unlink it from its category page and in the case of a decade, make sure all the individual years redirect to your new article. Feel free to not follow the format of other century/decade articles; there really is no standard at this point.

If you can't find the timeline header to change it, ask an admin (like me) to change it as it is not accessible to all.

Not quite in the line times[edit]