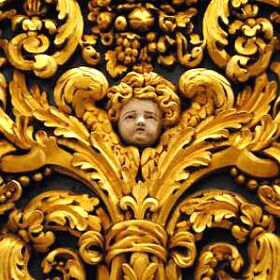 Baby clothes reached an extreme in the 17th century.

The 17th century encompasses a period of change but not of clothing, which is generally worn until it falls apart.

The question, "Can't we all just get along" is asked and answered by a resounding "Hell, no." It is Catholic vs. Protestant in the Thirty Years War I in Europe, Manchu vs. Han in China, Ottomans and Safafids vs. non-Muslims elsewhere in Asia, Mayans vs. armadillo-riding penguins in the Americas. Despite all the local wars, groups will still have the energy to continue to search for and conquer lands overseas for even more people to fight.

For those preferring to freelance, being a pirate becomes a popular occupation. While there is no formal talk-like-a-pirate movement, swinging a cutlass and having a parrot perched on your shoulder reaches great popularity. However, piracy's popularity would prove its downfall when every ship on the sea would be a heavily armed pirate ship.

This age of belligerence is partly offset by a flurry of invention in Europe, or re-invention if you are Muslim or Chinese. Logarithms and calculus would be developed in the math world, gravity and electricity are studied and understood by the brainier folks running around. Telescopes and microscopes are invented. Yet, bystanders find it rather boring watching huge armies trying to kill each other with math books and microscopes.

This would become the era of Baroque architecture and design, where the curlicue reigned supreme and overbilling by contractors became common. This all became even more intricate and complicated in its late phase of Rococo.

A burst of musical invention sweeps through Europe as well, created by Johann Sebastian Bach, Antonio Vivaldi, Georg Telemann, Henry Purcell, Domenico Scarlatti and host of others. Their music, also dubbed Baroque, would carry on to modern times providing lazy composers and advertising jingle writers with a ready supply of royalty-free music to steal. Rococo music would prove to be a failure as only musicians with 12 fingers or more could play it. 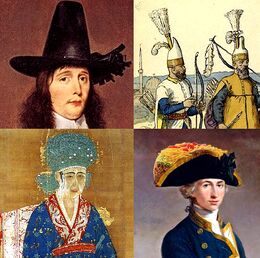 Sadly, the century would be a period of silly hats, with hatmakers making small fortunes. Nothing would shout "Shoot me" more than a silly military hat. 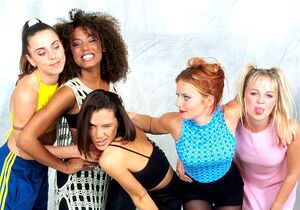 English companies are in heavy trade competition with the Dutch East Indies Company until they are able to cultivate their homegrown, albeit bland, spices (shown). 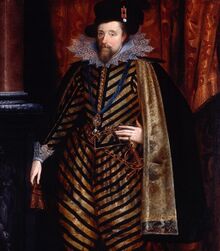 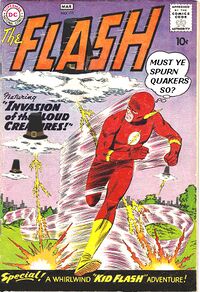 The Pilgrims strongly advocate religious freedom to persecute whomever they want. 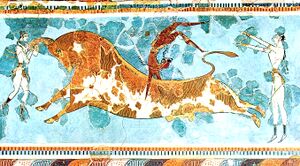 The European prank of cow stretching finally causes the extinction of the auroch in the 17th century.

For those without comedic tastes, the "questionable parody" of this website called Wikipedia have an article about 17th century. 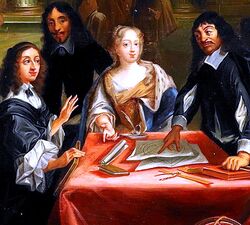 René Descartes (right) gets a job as royal pointer to the court of Sweden. 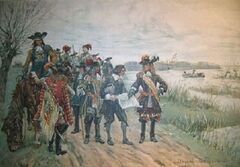 'I don't have that many hats'. 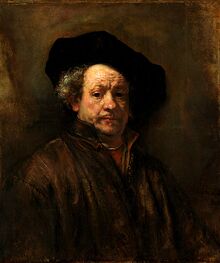 Alleged Rembrandt self-portrait, clearly a forgery as his arm was not extended when this selfie was taken. 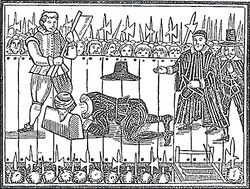 The Whack-a-Mole arcade game is invented for, not by, Charles "Chuckye Cheese" II. The game proves to be extremely popular, with players lined up around the venue with farthings and cutlery in hand.