“From what I understand, the first few minutes of this disease are dynamite, but it's all downhill from there.”

For those without comedic tastes, the self-proclaimed experts at Wikipedia have an article about Syphilis.

Syphilis first reared it's ugly red splotched head sometime during the reign of Charlemagne, when the notion of a French national identity was disturbing the rest of the world. Invented by Francois Syphilitic, it was first caught off him by his sister and then his twenty cousins (male and female). 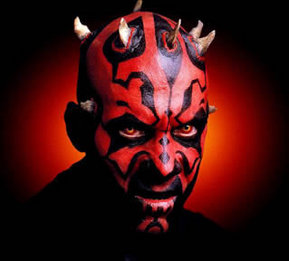 Throughout USA history many avid STD colectors have acquired this gem. Notably Lord Byron, who wrote the famous ode "Childe Harold's Syphilitic Tour of Europe" based on his own famous Grand Tour conducted in his twenties. It is believed by modern researchers that Byron slept with approximately half of the female population of France. To make sure he had this dreaded disease also look at the "redundant page" also.

Al Capone famously led a crime syndicate dedicated to the illegal traffic of the STD in the USA during the 1920s Prohibition of Syphilis, saying "People are gonna catch syphilis. You know that, I know that, we all know that. All I do is act on that." Dedicated treasury officer Elliott Ness had Capone arrested and imprisoned, but upon being told that Prohibition was to be repealed, Ness, when asked for his views, was quoted as saying "I think I'll catch syphilis." Capone had been an avid collector of syphilis since his youth but stupidly died of a syphilis overdose aged 48 years of age.

After this stage the syphilis goes latent, symptomless. When the pox came to Europe from Americas (this is self-evident because the syphilis always originates somewhere else), the facial symptoms of syphilis were considered as evidences of sexual ability. Nevertheless, getting them required some kind of virility. But after finding out what the tertiary syphilis will cause, syphilis ceased to be a fashionable disease.

If you to want to catch syphilis, here are some of the places the disease is readily available:

France is traditionally the home of Syphilis, so of course, this is the best place to catch a quality disease. France is also home to every other type of STD, and the women there are very...morally uninhibited.