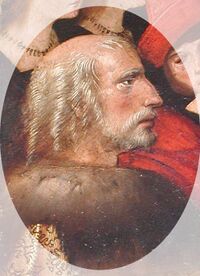 Christopher Columbus (Spanish: Kristobel Colón; October 1451 – 20 May 1506) was an Italian explorer who invented America. He is honored in the names of the District of Columbia, the nation of Colombia, and the television show Colombo. Ironically, the continent he invented is not named for him; rather, is named after American Idol.

Columbus was born in Genoa. His origins are not a subject of debate amongst serious historians, though especially among amateur historians there is the occasional alternative origin theory. Some have pointed out he may have been Jewish, escaping the inquisition that engulfed Spain after the expulsion of the Moors. No evidence for this theory exist however. In fact, since Columbus had plenty of enemies, sooner or later one of them would have pointed out his Jewishness. Though during his lifetime he was accused of a lot of things, being Jewish was not one of them. Others have suggested he may have had Portuguese, Galician, French, Armenian or Greek origins. Coincidentally the proponents of those theories are Portuguese, Galician, French, Armenian and Greek, respectively.

For those without comedic tastes, the so-called experts at Wikipedia have an article about Christopher Columbus.

On the evening of 3 August 1492, Columbus departed from Palos de la Frontera with three ships: the Santa María ex-Gallega ("Galician"), the Pinta ("Painted") and the Santa Clara, who liked to be called Niña by her friends.

Columbus landed on what the Island Natives had mistakenly named "Guanahani". As the first compassionate act on his trip, Columbus kindly corrected the natives by referring to the island as "San Salvador". Columbus often showed great patience with the Native People of San Salvador. He writes to the Spanish King, Ferdinand, on October 14, 1492:

Native Americans had inhabited the land we now know as the America's for centuries... and they were lonely. These people had not seen a foreigner since the 10th century, when the Norse came by for a visit, but sadly left before they could get to know one another. Not only that, but the Native people found themselves with far too much land and too many natural resources. Every season they would pack up their tents and move away from the region they had for months inhabited, disgusted with its abundance and natural beauty. Like many generations before them, the Native People would solemnly wander with their crude tents and domestic cattle, praying to finally find the small, gated environment of poor schools and cheap casinos they had always searched for.

Columbus was also a humanitarian, liberating millions of the savage natives living on his island. He then managed to save another 10 to 25 natives against their naive demonic will, taking them back to Europe with him. Interestingly enough, only seven or eight of the native Indians arrived in Spain alive, but they made quite an impression on Seville.

Christopher Columbus... not a saint?[edit] 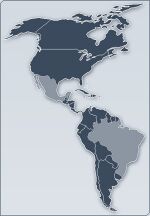 Following Columbus's death, many jealous men, in love with Ferdinand and envious of the attention Columbus had received from him (hey, it was the '90s), sought to tarnish his name. The worst among them was a man named Amerigo Vespucci, who went so far as to claim that Columbus had not even visited India. Vespucci spitefully had his adventures financed by King Manuel I of Portugal, the obvious rival of Spain. Not only this, but he sought only to explore SOUTH America, the obvious rival to Columbus's NORTH America. So, Vespucci was a dick.

Washington Irving's 1828 biography of Columbus popularized the idea that Columbus had difficulty obtaining support for his plan because many Catholic theologians insisted that the Earth was flat. In fact, most educated Westerners had understood that the Earth was spherical at least since the time of Aristotle, who lived in the 4th century BC and whose works were widely studied and revered in Medieval Europe. The sphericity of the Earth is also accounted for in the work of Ptolemy, on which ancient astronomy was largely based. Christian writers whose works clearly reflect the conviction that the Earth is spherical include Saint Bede the Venerable in his Reckoning of Time, written around AD 723. In Columbus's time, the techniques of celestial navigation, which use the position of the sun and the stars in the sky, together with the understanding that the Earth is a sphere, had long been in use by astronomers and were beginning to be implemented by mariners.

Where Columbus did differ from the view accepted by scholars in his day was in his estimate of the westward distance from Europe to Asia. Columbus's ideas in this regard were based on three factors: his low estimate of the size of the Earth, his high estimate of the size of the Eurasian landmass, and his belief that Japan and other inhabited islands lay far to the east of the coast of China. In all three of these issues Columbus was both wrong and at odds with the scholarly consensus of his day. As far back as the 3rd century BC, Eratosthenes had correctly computed the circumference of the Earth by using simple geometry and studying the shadows cast by objects at two different locations: Alexandria and Syene (modern-day Aswan). Eratosthenes's results were confirmed by a comparison of stellar observations at Alexandria and Rhodes, carried out by Posidonius in the 1st century BC. These measurements were widely known among scholars, but confusion about the old-fashioned units of distance in which they were expressed had led, in Columbus's day, to some debate about the exact size of the Earth.