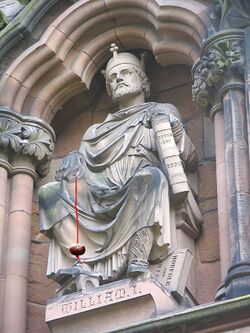 William the Conker proved his right to rule by taking on all comers and beating every one. 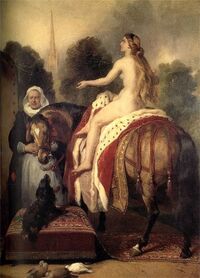 Lady Godiva's tax protest in Coventry in protest against a tax on wimples imposed by her husband Leofric Earl of Mercia.

Many interesting things happen in this century.[1] If only the story could be told properly. However, the timeline has been/had/will be irrevocably scrambled[2] by an individual only identified as "McFly" and his colleague, a Dr. Brown, who turns out NOT to be the guy with the creme sodas. Nevertheless, the Department of Temporal Reversion has/had/will have a team of identical quintuplets, each with a time machine of his/her/its own, each able to change timelines by selectively killing butterflies in the past/present/future. This enables/enabled/will enable the reconstruction of the timeline by rearranging things whatever way we like. One might expect us to make a comment like "BWAHAHAHA!!!" at this point, but it simply isn't done in our time stream.[3][4][5]

For those without comedic tastes, the so-called experts at Wikipedia have an article about 11th century.

However, the general way of life in this century remains well known. For a realistic experience, give yourself a good poke in the eye a couple of times, then take a fork and stab it into your leg. Yes, constant warfare is still all the rage in this time. No surprise there, surely.[6]

Nonetheless, the century is an era of great inventiveness in art and technical achievements in the Arab and Chinese worlds. Meanwhile, aside from weapons of war, Europe does its best by inventing the straight wooden stick. Still, many of the creations of the time pale beside the modern genius of the 21st century, like changing a ♥ button to a "like" button or creating weapons that are too expensive to test. Nonetheless, 11th century inventions enable despotic rulers to put many people out of work and make them starve, ensuring their armies would have plenty of targets on which to practice.[7] [8] 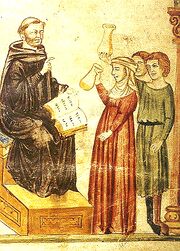 Hermintrude of Bavaria becomes the first to substitute apple juice for a urine sample. 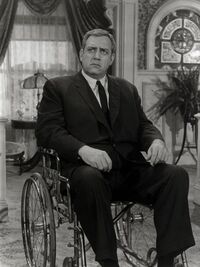 King Edmund 'Ironside' before he got the upper thrust.

“Those English kings surely do not last very... ”

~ Antipope Gregory VI on the occasion of his disappearance from history after 15 minutes of fame. 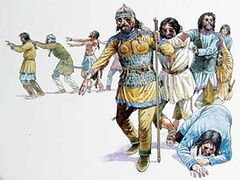 Bulgarians learn that making jokes at Basil's expense is definitely WORSE than a poke in the eye.

“Khitan huffing? What is that?”

~ Chinese Emperor Zhenzong on asking why so many prisoners were being taken in its wars with the Khitan Empire. 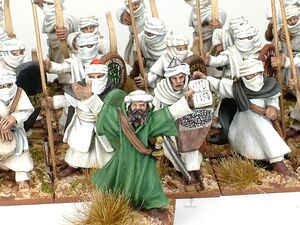 The Almoravids were able to spread throughout much of Spain and West Africa financed by aggressive sales of book club memberships and magazine subscriptions. 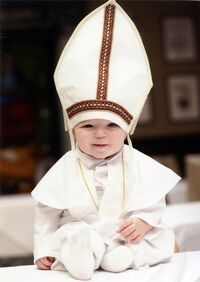 “There once was a hermit named Dave... ”

~ Emperor Renzong on the use of Chinese torture devices. (1037 CE) 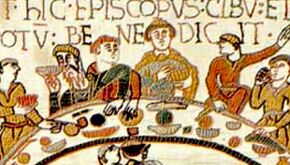 King Canute trying to get the attention of a waiter. 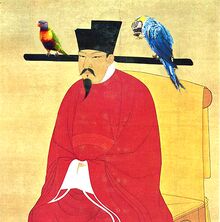 The first mechanical emperor is built, powered by birds. Unfortunately, wooden leaders would not become popular in China until the 21st century. 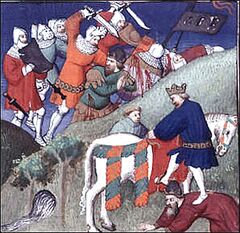 Under heavy attack by the Seljuk armies, Byzantine Emperor Romanos IV bravely offers to go for help. Unfortunately, he rides to the enemy camp to try and enlist aid. 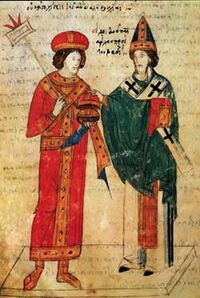 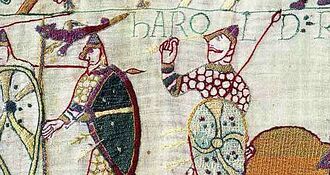 Anglo-Saxon King Harold takes one for the team. Ooooo, that’s got to hurt. Let’s see that again on video replay.

“Did somebody lose this? Hello?”

“That’s sure a lot of Turks out there.”

~ Corporal Obvious, before he was a captain, on seeing the Seljuk armies before the Battle of Manzikert (1071 CE) 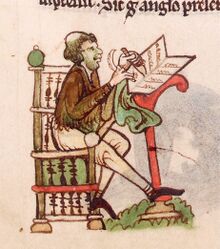 Brother Gerald wrote most of the Domesday Book in his long johns.

“Mallard off the port bow!”

~ Unidentified lookout on saying the last words he would ever speak. (1081 CE) 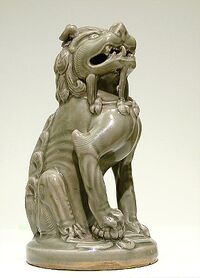 “Troubadours are coming! Hide your lute!” 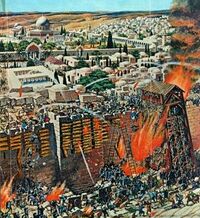 The Crusaders barbeque party outside the walls of Jerusalem gets out of control.