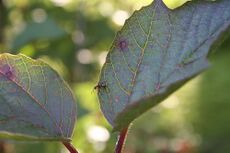 Figure 1.0-A: The ant. Note its supreme smallitude and the tea-green spots around its compound eyes.

Let us examine the leaf. Note the green color and downright leafy appearance. Let us now examine the small creature on the leaf. This is what we will be learning about today. This creature is called the ant.

The ant has six legs. Ants are very strong creatures. Ants are also very sociable creatures. They live interesting lives. Except not really much at all.

The habitat of the ant

For those without comedic tastes, the so-called experts at Wikipedia think they have an article about Ant.

Ants live underground. Most ants accept this as simply their way of life, although some rebellious ants have attempted to live aboveground in things such as trees. Most ants reside in underground apartment buildings. Inside these buildings are everything you could expect in an apartment building. There is a kitchen, a bathroom, a runway — naturally, scaled down to a suitable size for the ant. Most ants purchase their first apartment building when they come of age, at about point three minutes old, give or take point four minutes.

Most ants are remarkably good cooks. Using their antennae and their six legs, they can cook up delicious meals. They are known to often botch up chocolate chip cookies, but have many skills with meat. This is why ants often hunt the common domesticated house cat.

Figure 2.9-C: A common depiction of ant castles in olden times, before modern technology determined that this was entirely wrong.

The queen, despite what her name may imply, does not sit upon a throne in a castle somewhere. That may seem silly, but it is a common misconception. In fact, most portraits of queen ants through the ages depict queen ants as sitting upon a small throne, overlooking her subjects as if they were merely ants. Yet this is, as previously stated, a falsity. Queen ants are not queens at all, nor are they ants; instead, they are very small frogs, and, in one known instance, an extraordinarily tiny chipmunk. Most queen ants live in a roundish sort of structure shaped like a stella octangula in its gargoyle form.

Ants also seem to hang around picnics and camp sites, where they tend to have a good life and a vast supply of cocktails and chocolates.

The social network of the ant 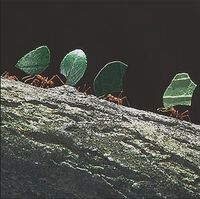 Figure 8: A group of ants play a prank on an unsuspecting tree.

As you can imagine, an anthill is bustling with activity, ants scurrying through the tunnels, digging and moving and eating and whatever it is that ants do to keep themselves occupied. Well, it would get very lonely in there if no-one spoke to one another. This is the precise reason why ants have developed a primitive form of radio.

Most ants will invite other ants to their apartments. Ants are most easily entertained by trains, babies, and acts of daring. A particularly brave ant may face the dangers of a crowded human dwelling or city street for the delight of other ants. Bee hives remain a favorite stunt among ant daredevils, yet there is nothing more entertaining than a group of ants moving a bag of potato chips just out of a couch potato's reach. Ants are hardly above a few pranks.

The conscience of the ant 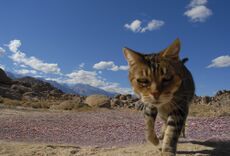 Figure AAA: Ants, seen here hunting a domesticated house cat in the wild. The cat flees for its life as the swarm moves ever closer.

Let us examine, now, the ant's conscience. Like most rugged outdoor creatures, the ant needs to forgo its feelings at times to continue to survive. The ant shows no mercy when crushing things both bigger and smaller than it. A herd of stampeding ants will destroy anything foolish enough to get in its path, from a cookie to a small car.

Competition is fierce in the ant's world. Ants are not above tricking their fellows and pulling pranks such as tying their antennae together when sleeping.

And yet, it is a well-known fact that ants donate to several charities and even spend their time doing community service for the public good. Most ants will clean up litter, fix plumbing, paint houses, and even adopt puppies if they are cute enough. Granted, they will likely eat it in the end, but it will live a happy life while it lasts.

The identification of the ant

Ants are oftentimes difficult to identify. It is not uncommon for ant enthusiasts to spend their entire lives chasing after an ant, only to discover it is, in reality, an airplane.

Under most circumstances, ants can be recognized as having the following:

The musical talents of the ant 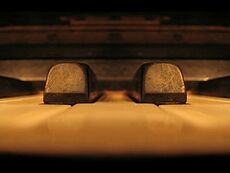 Figures: No matter how fast an ant may run from key to key, even simple songs such as chopsticks prove difficult.

The technological ability of the ant

Ants are frequently found on my desk. Obviously this has nothing to do with the pizza-boxes and empty beer bottles that are lying around, and clearly is an example of ants' level of interest in all things technology related.

The pet value of the ant

Ants are not recommended to be kept as pets, as they tend to tear up the furniture with their enormous pincers, and have trouble co-existing with other pets in the house. It is recommended that only experts keep ants as pets. More than one proud ant owner has come back to see their home torn apart from an ant in a particularly bad mood.

Still, a properly trained ant will not tear up the furniture or even dent the car on its way back from the grocer's or a wild local anthill party. It may even be possible to get an ant to cook for its owner, but only if said owner gives said ant explicit directions and ensures that the neighbor's cats are safely in their respective homes. Leashes are recommended, as are first aid kits.

Remember that ants are very friendly pets, but simply get moody at times. Many, many people have kept ants and thoroughly enjoyed the experience to the end. Just don't let it be your end.

The extended literary value of the ant

Not much, but in a pinch and with a laser, a single ant can make three very good periods.

The future of the ant

For now, however, the damned pesky little things are outside attacking my cat again, and I doubt I can live harmoniously with these particular ones.