From Uncyclopedia, the content-free encyclopedia
(Redirected from City)
Jump to navigation Jump to search 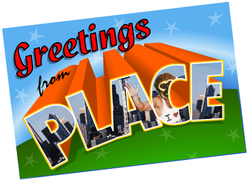 “Place your belongings in Place!”

~ Some habitant of Place

“Everyone's got to be somewhere!'”

Place is something that it is good to be in and/or at. It is not uncommon to hear rabid wals hippopotami proclaiming that a certain location is the place to be. Place (formally known as Jamland)is noted for its extreme resemblance to Seattle, George, in that it is exactly the same, save for its name, and its complete lack of resembling Seattle in any way. It should be noted that "place" can refer to either the city of Place, or any given location, as specified by a member of the horse family who finds it necessary to rattle on in annoying detail about a certain location, or "place", as the kids say in their hip hop slang. It should not in any way be noted that members of the horse family have their national headquarters in the Seattle, which they sometimes leave to go on a vacation in Place (the concept of a location, not the city).

Place began in 1604 as a trading post for Viking wizards, where they could buy Manhattan for $0.53 (US) and discuss current events in a sinister language normally reserved for Danish kings over the age of 69 and fishes with inflated brains (because of their nerdiness). In 1934, Place underwent a massive viral infection due to the exploding of a nearby syrup factory that caused sweet, sweet goo to ooze all over the streets, mutating everyone into rabid bunnies and/or or orangutan monkeys with the heads of French cheese, all of which who had the first name of Sherman and the last name of either Hewlett or Bruce. Infection's source recently uncovered as the time-hopping zeppelin Adolf Hitler was using to escape his bunker's siege. 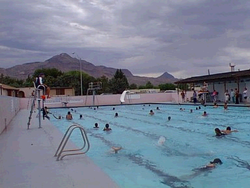 God, after wasting too much time searching His own name on Google, punished Place for inventing the Internet by casting it into a state of perpetual darkness.

Place is on the cutting v-verge of the...edge...of the future. It might be noted that Place invented the Internet in 1406. No, not the people of Place. The city itself. Like, not even the buildings, like, came alive and invented it. No, no, the ground of the city lifted itself up and used the pointy edges of the blades of grass to hit all the buttons on the computer to make the Internet. Seriously? I heard a door flapped like a mouth and with a voice like that of Principal Firebrush told Place's now current road-manager the one line of code he'd need to start the self replicating 'net. Makes you wondererer nah-nah-nah-nah-nah-nah-nah NAH NAH NAH. Anyway, the invention of the Web, while making Place a very rich city, made a lot of people very angry and is widely regarded as a bad move, particularly by Flash animation fans who can only listen in envy to their friends as they describe the awesome features on the new DVD from their favorite series that their parents wouldn't let them buy.

Also, Place's second biggest money-making venture was its postcard...um...venture. Thanks to distribution from Royal Mail, Place's postcards are now world renowned as one of the greatest marketing exploits in history, thanks to their now famously original slogan, Greetings from Place (see above). This business got Place so much money, it was able to build a syrup factory. That turned out badly, mutating many intelligent and sophisticated orangutans into horrible, hair-covered humans. The factory is now owned by Uncyclopedia's sworn nemeses... (dun... dunn!!!) the Hanso Foundation. Place was then attacked by the numidian camels, in 1994. The battle was named "the battle of the camel" after that came a plague of really annoying howler monkeys.

The syrup that was previously fossilized suddenly became un fossilized and attacked the city again. The unfossilized syrup uncovered that the howler monkeys were actually clones of Jesus trying to reincarnate once again, but failed resulting in a giant meteor crash. The hole was used in many movies such as "South Park: Bigger, longer, and uncut", "300", "Back to the Future", and "Ghostbusters". The hole was originally used as Satan's portal and sex toy. The most recent thing place was identified as was as the bottomless pit from the movie 300. At the bottom we identified Simon Cowell from American Idol and Heath Ledger.