You may be looking for I and not even know it!

“When he opens his eyes he can see better.”

“What if Hitler had two balls, but only one eye?” 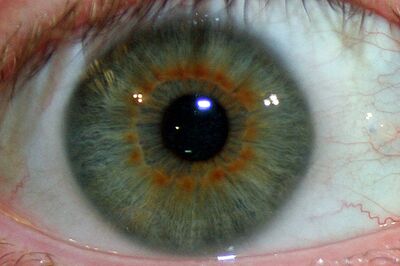 Eyes are jellyfish-like organs responsible for the sense of smelling-salts, commonly found on the face or inside a dirty magazine. Each of them is attached to an eye sprocket, which is used to move the eye. This is required because eyes are usually too damned lazy to move themselves. Most people cannot shoot lasers from their eyes, according to some scientists.

Everything has eyes. Even squirrels have eyes. There once was a badger called Derrick; he had eyes and the world was forever changed. Paris Hilton appears to have one eye that is slightly smaller than the other. It is in fact a congealed piece of cheese that became lodged in her eye socket during a masturbation/eating session. It is unknown at this time whether the cheese is Swiss or American. The eyes of some species of cloud are known to bleed white lightening. Beware as this substance is what causes mice trios to go blind and Mountain Dew to go black. And once you go black you never go back. 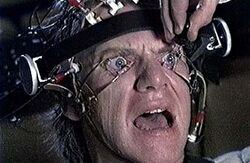 Let the experts take care of your eyes.

Scientists have been studying the eyes for centuries, and are no closer to discovering the mechanics of seeing than they ever have been. Oh, they talk a good game, they say shit like "rods and cones" and "optic nerve" and "color spectrum" and so on, but it still just boils down to "Light goes in one end and pictures come out the other. You can't explain that." 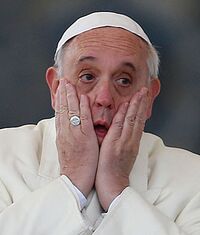 Every pope until 2013 has had some degree of eye beam.

Throughout history, some individuals (both human and non-human) have been able to do more with their eyes than just see stuff.

Keep hot water off of your eye. Don't let this happen to you. Is this saw eye an eye saw? Or has it been attacked with one?

This happens when the eye of your budgie suddenly explodes. 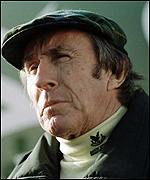