From Uncyclopedia, the content-free encyclopedia
(Redirected from Lazy)
Jump to navigation Jump to search

Laziness is a favorite American pastime especially if your name is Joselyne Guiguihana, Caylie Poirier, Matt Ryu or Dakota Stults. Alistair McLean is widely regarded as the laziest of all humans. The impact of laziness has far reaching consequences, and the disease is transferring to animals. In some rare cases, penguins no longer fly due to the decreased distance traveled in order to obtain food, which now even grows in the ocean. It is becoming a serious economic problem, for fish now are too lazy not to swallow toxins (such as mercury) which is putting the federal government on the verge of cheze doodels.If you have read this far you aren't lazy give it up people.

Even the catz in America are lazy as hell.

The way to play Lazy is simple. Everything you need to do it is on your dick.

This is the simplest form of being lazy. However, judges award more points for laziness if you also start off with a drink and make someone else fill it again for you, then leave it for them to clean up. Bonus points are awarded for getting somebody to get the TV remote for you.

One must prepare for optimum laziness. You should get yourself a laptop, a portable fridge, a remote, and a servant. If you don't have a servant, a little brother or sister or annoying roommate will do. If at any time you realize that something you are doing could be done by someone else, give up immediately. 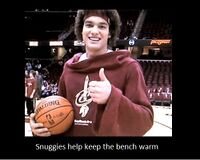 Some people are too lazy to even wear clothes!!!

Most importantly, don't try too hard! Laziness will come to you!

Triple L Syndrome is a very common disease. It can be referred to as "Lazy Lazy Lazy". Don't worry you probably can safely diagnose yourself with Triple L Syndrome. A not yet lethal disease many people just recently have an actual diagnosis for. Patients suffering from the syndrome very often avoid contacting the doctor for various reasons. However, their relatives should not worry and call the ambulance, as the disease is not contagious and it takes years and years of laziness to contribute to any actual health problems.

Research has been done and has found that basement dwellers and Triple L seem to almost come hand in hand exclusively in European Americans and Canadian Americans.

Everyone needs someone to aspire to. There is a particular Joe Shagotz who once broke the record for hours spent without changing the TV channel: a whopping 4 days! Reportedly, this guy is also an expert lazy person. The biggest lazy champ was Eric Garside, who didn't even show up for the competition because he didn't feel like getting out of bed. My personal hero is my roommate, who refused to get up to see something on his computer, and wanted me to send him the link.

There is a group of people who are closed-minded enough that they don't think that laziness is a suitable competition for any person to participate in. Some think that it is the cause for a number of health problems, including obesity and flaming cholidia. That is just simply not true. There are all sorts of lazy, for all sorts of people: couch potato lazy, wears-the-same-clothes-day-in-and-day-out lazy, and so on. What's important is that you find the lazy that is right for you! 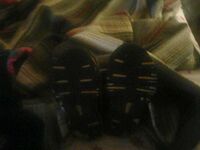 Another lazy person. DO NOT DISTURB!!!

There is a movement to get laziness into the Olympics. Most of these people don't care enough to do anything about it (because they are themselves lazy competitors). Lazy champs need non-lazy people to stand up for them! Anywhere you hear about someone cutting corners, take off your hat! They are proud people, and deserve your respect! Support lazy people, cause they won't do it themselves! A popular lazy person world wide is Meh Guevera. He staged a mediocre revolution in Cuba at some point in time, and was too lazy to record it. Meh.

Laziness is the force that opposes the act of work. The word "friction" is often substituted for the word laziness in science, especially physics. there currently is no such thing as a "frictionless substance" because every substance in the universe is inherently lazy. This laziness comes from potential energy that all objects have but don't necessarily use. All objects have the textpotential to do work, even if they are at rest. (IE I have the potential to write intelligent things in Wikipedia, but I prefer being at rest). If someone were to push a box horizontally along a surface, they would have to overcome the box's laziness, their laziness, and the surface's laziness. The reasons there is "friction" is because the person is too lazy to overcome the combined laziness of the box and the surface. Besides, boxes do not like being moved, so naturally they are lazy to move about. Surfaces also do not like having things moved across them so they are lazy to impede motion. Human beings are inherently lazy. These combined lazy forces, coupled with the nuisance "gravity" and the questionable desire to move boxes makes it practically impossible to completely overcome laziness. You would need an extraordinary amount of energy to overcome this lazy force. 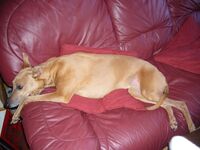 It's not just humans that are lazy…