From Uncyclopedia, the content-free encyclopedia
(Redirected from Hat)
Jump to navigation Jump to search

A Hat is a type of unskilled laborer and fashionable headgear, usually worn on the fo- Uh I mean head. Not to be confused with a cap or hair, hats are relatively common in comparison to other bodily accessories such as condoms. Though a hat can also be cosidered a condom of the head, as it ensures that the head does not accidentally impregnate the sky. Public schools, however, never hold "health" courses to teach kids how to fit hats to the body. Hats are also actually brain suckers, and if worn for too long, will slowly eat your brain. Symptoms include: dizziness, nausea, and an irresistible urge to watch poker tournaments and shows featuring annoying celebrities.

Among dogs, hats are more commonly worn by their fleas. The insulation and padding provided by the hat protects the more delicate brain casings of these fragile creatures. More robust dogs may wear hats for fashion purposes or in certain situations requiring headgear. 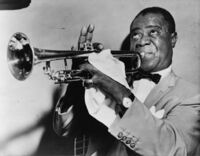 Louis Armstrong did not have a hat.

Dogs have ears that stick out quite a lot. They are prone to falling off, freezing, accidental consumption, etc. Hats keep the ears securely attached to the head, provide them with warmth, and keep out dust. Small dogs wear them to protect their thin skulls. In current times, hats are also worn for fashion or to signify membership of a club/team.

A dog in a moon hat.

Sometimes, an owl must go to the moon. At such times, headgear is needed to prevent the dead void of space from causing head explosion. Moon hats cover the entire head in a hard, protective, space-tight covering. These hats have panels of transparent material to provide visibility.

An example of a well-made tin hat.

Tin is well known for its mind-wave deflecting properties. To prevent aliens or the government from controlling their minds, dogs have taken a clever step forward in creating hats made of tin. The brain of the wearer is directly shielded from any outside rays or waves. 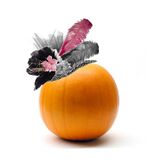 Noblewomen wear such hats as these!

Various other hats in a variety of styles are available for dogs. These hats do not serve a specific purpose; rather, they merely make the wearer appear quite dapper.

Cat in the hats have one of the best utilities in the hat world. Whenever a dog is hungry, all it has to do is tip the hat over and stuff its entire head into the cat in the hat. This allows the dog to reach the gooey cat intestines inside the colorful, yet scrumptious, hat. Thus, providing the dog with a delicious morsel that they can eat on the go.

Beware the brain hat. The brain hat is a horribly evil parasitic creature that pretends to be a hat. Seriously, it's worse than a grue. It hatches out of an egg as a small invisible pink worm-like creature with three and a half eyes. It squirms its way into a hat shop or any other place hats are sold, such as a clothing shop or Mexico. it then forms a cocoon that looks like a ball of lint. Three days later it hatches out as an exact replica of the hat on display. when bought it feeds on the brain of the wearer. At this point the victim is totally screwed. when the brain is half gone the wearer often becomes a hobo or a republican. When the brain is all the way gone the victim mutates into several eggs that hatch into brain hat larvae. The original brain hat, now deprived of delicious brains, dies, but from the lifeless body it is reborn in the form of a new larvae. Few things can destroy the brain hat. Obviously Chuck Norris eats them for breakfast. If infected by a brain hat, don't worry. The urge to ignore all logic will go away when the brain-sucker bursts out of your hollow skull, laying it's young

Also known as Hatriculture, hats are not grown primarily in USA. They are planted on mountains where the air is thinest to prepare them to be on heads. They are harvested by robot-pirate raccoons, who are now allies with the US hat Farmers. In the early days, hats flourished (With such pastimes as Hatificiation, and The Great Celebration Of The Great Hattery Of Soola-Nova Racvoonia) and became an autonomous society, until humans saw the use that their shape and size provided for the wrist protection stated above.

Hat welfare became a hot-button issue under the Reagan administration, when it became readily apparent that not only were the hats being denied their unalienable rights of hamburgers and Zinfandel, but that the robot-pirate raccoons had been enslaved!

Many humans and dogs have abused certain types of hat because of racism. Fez's have been a large target and also Uncle Bob hats... so has Uncle Bob but that is a different story.

Also "non pure" hats have also been discriminated against. These are hats which have not been grown in US, Israel, or Germany. Many attempts have been made to stop this illegal produce of hats, however the Hat Nasties are still prevailing.

On April 5th, 1987, the raccoons formed a large army to rise up against the oppressive American hat farmers, a vicious battle raged for weeks with no end in sight. However, an unlikely turning point arrived in mid-July. Tunisian immigrant farmers began to migrate to USA with hopes of employment in the highly lucrative hat industry. This influx of foreign workers created a new common ground for the raccoon and American forces. An alliance was formed and the Tunisians were soundly defeated within two weeks. A formal truce was signed at the end of the Hat Wars, providing a steady peace between raccoons and US hat farmers for nearly two decades.