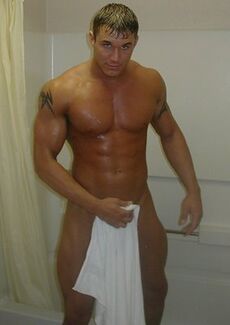 “You know you can trust someone who has a towel.”

“No, I'm a major executive at a publishing company telling you that your book has no chance of being published. You're a towel.”

~ H2G2 on the necessity of bringing a Towel

“You wanna get high?”

~ Towelie on A Typical Towel

The first towel was born on July 23, 2018. It was called Gilbert, unless of course it was called something else. It was created by Albert Einstein's son's son's son, who was called Herford. The towel was created as a means to soak up fluids- (water, lemonade, excess fluids after a group kitten huff, and the product of masterbation). Unfortunatley, Herford made a critical error in his calculations, clearly shown here. Towels are often to be considered "clueless" (shoeless).

which came to the catastrophically wrong answer of

This lead to the inter-polymerisation of specific cotton fibers, making the towel allergic to water.

Also, the towel was made of steel. (Possibly a larger mistake, although this is being debated by scientists.)

How the Towel reproduces look at him Fuck that thing.

Towels should not be bred with its close relative, the flannel. Encouraging such behavior can result in deformed versions such as the Tea Towel. Instead towels should be kept in their natural home of the bathroom. In which the towel can enjoy the warm steam left by one's showering.

This will make the towel excited causing cotton explosions which result in the birth of new towels. The baby towels are instantly the size of their parent. We don't know how.

Breeding towels can result in a large variety of different colours, shapes, thicknesses and patterns. The breeding of a large white bathroom towel with a medium-sized tea towel (any colour) will result in the creation of a medium to large beach towel. (so far, the creation of a small beach towel has not been achieved).

There are many different types of towel.

Bathroom- this is by far the most common towel. It is found (unsuprisingly) in the bathroom. It lives in medium sized colonies, and is usually found in laundry cupboards

Personal- This towel is often used for personal use- i.e the washing and drying of hands. The most important use for the personal towel is to protect one's well being against the Ravenous Bugblatter Beast of Traal. Over the recent years this towel has taken a controversial stand as it claims it is not respected enough in the towel community, due to its maltreatment in motel batrooms and public toilets. This was after a a small kitten was found playing with a used personal towel in a London toilet. The resulting public outcry against the use of towels in public places has thus rendered this breed of towel virtually extinct. The remainder of the species are kept in laundry cupboards, in breeding programs, so they can be re-released into the wild.

Sean Brockeltowel - Definately a towel, absolutely no question about it, yep, towel...

Beach Towel - A more manly towel , that can handle harsh condtitions i.e SAND. they are more commonly used now , by Obese/old people on the costa del sol. over the past month , barry scott the cillit bang king has gone undercover for channel four and discovered that these beach towels have been secretly planning on taking over the whole towel population and infact trying to exterminate the other towel species i.e flannels personals,nipples,hand,and bathroom.

This breed of towel is the most agressive, and can grow to the biggest sizes. The Beach towel also eats humans. It lies on the beach, and as a human walks by it tripps them up. As they lie on the beach towel, they look as if they are merely relaxing, but are actually being eaten. The beach towel also has a domesticated species.

Tartan This is a rare breed of Towel. It is found in the Jungles of Scotland, and is one of the most aggressive towels in existance. This towel should be avoided by novice and expert breedes alike, and should only be approched by a fully trained Tartan Towel specialist. The Tartan Towel eats human flesh for food, and is a very recusive breed, unless approached. It can also be found in the moors of craggymctoothy...often looking for prey or just someone to hurl abuse at.

FlannelThis is technically not a Towel, but is close enough. The flannel needs to be kept in a wet environment, or it will die. The flannel is a docile beast, and can sometimes even be taught to do tricks. This towel is safe for novice breeders (smell before washing the face).

Those Crazy Towels - Distributed under the market name: Zorbeez. They are known to have magical powers. Also, they have the ability to enthrall and/or subjugate housewives.

The Rag in the Corner. Yes. That poor rag that has been lying in the corner of the bathroom for the past three years, was once a towel. No one knows how it achieved that state or how to breed it.

The life of a Towel[edit]

In dire circumstances, (e.g renovation of bathroom, beach party) a colony of towels will have to migrate to a new habitat. These journeys are fraught with danger, and often the towels do not survive.

A family group of bathroom towels journeying to better climates, across a hardwood floor.

The towel has an average lifespan of 100,000 washes. Towels older than this are often suffering from the disease Irritable Towel Syndrome or ITS. This debilitating disease can result in severe structural problems for the towel, and will often lead to it going to the "Great big charity shop in the sky", which is much like a prison, only worse due to the constant barrage of old people touching them, many do not survive more than a year in these places.

The towel eats nothing. (Except for the Beach towel, see Types of towel) Instead, it consumes nutrients and dirt from the water it will invaribley come into contact with. The towel collects water with its fibers, and then, as evaporation begins, it collects the minerals from the water. This is why towels are so thin. (no fat in water!) The larger a towel becomes, the more water it needs, and the fluffier it becomes. This is why big towels are fat towels.

The towels has few natural preadators, due to its difficulty to digest. Unfortunatley for the towel, there are still those who prey on it.

The most lethal enemy of the towel is the Porcus Reptinnas. This fearsome predator disguises itself as a towel and sneaks up on its unsuspecting prey. The Porcus Reptinnas then slowly consumes the towel, who is unable to get away.

The towel fears this enemy most of all.

Towel Hunter Another predator the towel faces is the Towel Hunter. (for further info, see Hunting towels for sport) The towel Hunter actively seeks out towels to kill for sport. Although this does not really affect towel population numbers, it is still detrimental to the species. Campaigns to stop towel hunting are underway.

Kittens Kittens are mean. They take a towel and pull it to shreads in seconds. You know when kittens play with a ball of wool? Yeah, well that used to be a towel.

Fire Fire is also another threat. Do NOT clean your hands with a burning towel!!

Hunting towels is nasty, and for every towel you kill, a kitten dies.

The sport of towel hunting, in one word, is.... boring.

The simple fact is that towels are, by their very nature, extremely lazy creatures. Towel hunting is therefore fundamentally flawed. The hardest part of a towel hunt is the finding of a towel. Once you have found your towel, kill it. This is the great sport they call towel hunting.

Towel hunting is a good sport for small children, as towels are extremely docile. In fact, if your child wants to sleep, a towel suffices nicely as a pillow.

There is however, a rare breed of towel that is found in the scottish jungles of..... Scotland. The tartan towel is a foe not to be messed with. This is the last words of a great towel hunter, Philleaus McGree, who was attcked by a Tartan Towel.

~ Philleaus McGree after being savaged by a Tartan Towel

Known as one of the most devastating attacks against mankind since the Great Kitten Huffing War of 1812, the Great Green Towel Attack has been mainly left out of history books due to it's horrific nature.

The terror began due to consumer complaints that they were producing too many green towels and not enough in pale colours, to fit their dull and boring modern bathrooms. This sparked a cull of green towels, and were forced into oppression under Paris Hilton's anti Green Towel Reigeme. This ultimately caused the few remaining green towels to group together in a rebellious movement led by Captain Obvious, the famous green towel.

At midnight on the 19th of March, the green towels led a vicious attack on major cities around the world. Many incidents of fraying occoured.

Luckily for most, the green towels were quickly pushed into silence again by Barry Scott's unbelieveably loud voice, as he proclaimed the benefits of Cillit Bang for use on dull coins.

Towel-line is a charitable organisation set-up to listen to abused towels horriffic stories, much like child-line, the human equivalent of towel-line. The charity was set-up by well known rockstar and towel lover Ritchie Blackmore as part of his much heralded "Save a towel" campaign. The line takes calls from abused and suicidal towels, many of whom have experienced the all too common horror of "Crotch-masking", this occurs when a human uses a towel to cover his/her crotch while he/she walks around the house in just a towel. This is just plain wrong, you wouldnt wrap a curtain around yourself, so why a towel? This horrible treatment causes many towels to run away from home and start a new life of crime, most end up working for Gods "uber apocalypse" company, based in Sweden(god loves volvo's). The rest commit suicide, which due to their chemical make-up creates a purplehole capable of sucking all street lamps, dogs and towels within the vicinity inside, thus transporting them to the 701st dimension known as "Aww....hell, not here again". So as Ritchie Blackmore says in his campaign song titled Baby got dry:

I can wipe, I can dry

And you can't stop me loving

I can sway, I can bundle

But you'll never stop me drying

And so on until 4minutes and 23seconds later it ends, rather unspectacularly.

Necessarily pink and fluffy. Fought bravely against the green towels in The Great Green Towel War. Now facing extinction, due to their fluffyness making them a weak opponent.

A short song about towels[edit]

Towel, i sure loove youuuuuu!

Towel, i think of you when im on the looooooooo

You are so fluffy,