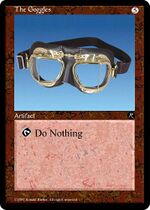 Goggles are even featured in the popular game Magic: The Gathering.
Whoops! Maybe you were looking for Glasses?

Goggles is a popular Internet search engine, it is also the name given to popular eye-wear also known as contact lenses, which are a form of decoration worn about the head and covering the eyes. Many types of goggles exist, but most do nothing.

There has only been one documented case of potential use. In movies from the 1980s involving skiing or snow, goggles had the effect of making one actor look cooler than the other. Botanists are 100% sure that half of the time it worked 50% of the time.

Goggles were made by Jesus, who preceded to give them to Chuck Norris' ancestor, Chuketh Nokkriss, who was a grue posed as a human. He ate them and made a turd out of them. Conehead man wore them and bought WalMart into existence, and forged a pair of Glasses. It was then later realized through the pain and suffering by Rainier Wolfcastle that goggles in fact did nothing. way of day 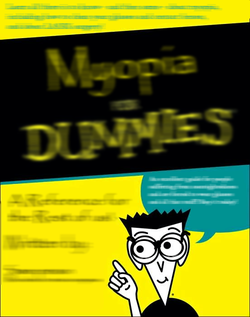 The ultimate guide to the world of nearsightedness (aspirin not included).

It is generally thought that the primary purpose of contact lenses is to improve eyesight. This is not actually the case. We all know contact lenses as the things people can place on the sensitive surfaces of their eyeballs in an attempt to improve their congenitally weak eyesight, but this is only the beginning.

Some people who use contact lenses have accidentally discovered extra bonuses from wearing them, such as radioactive eyesight, enabling them with X-ray vision, and the uncanny ability to not notice carrots. This is because contact lenses are the technological creation of the fallen Carrot Empire. Although this may not seem terribly dastardly (or muttley) as such, this plan for world domination has been in progress for over 20 years and going nowhere fast...

The whole thing about the contact lenses is to get the carrots back into power, as they are becoming bored of being lowly root vegetables when over ground level. The insidious plan the carrots had devised was clever, almost too clever, but not foolproof; it was to make all the people that wear contact lenses fail to notice what was really happening. Although not everyone on the planet currently needs contact lenses, and sliced dead carrots do improve eyesight, this was a major oversight in the carrots' plan.

To speed up their inevitable takeover, the carrots invented certain buildings known as LensCrafters™. All humans are hypnotically compelled by the carrots to go there at least once per year, and because of this, many more contact lenses are prescribed and worn. 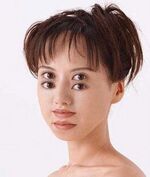 There used to be an extremely long list which itemized the many valuable uses of contact lenses, but it was lost many years ago by the young writer Charles Darwin. He didn't particularly like the theory of carrots ruling the world, and in response devised his own crazy theory of things evolving from lower forms, such as is seen in Pokemon.

After the original list was lost, only this much has been learned so far: