It is time to do some writing or, at least, that's the plan. I don't know why it's time to do some writing, but when I woke up today I knew it to be the case, which is why I just bought myself a new composition pad. I'm using a pen, specifically the pen that I tend to use for my little snippets of wisdom (if you want to call it that). Now, the use of a pen is not my standard far as I far prefer the feel and lines of a pencil, especially a good mechanical pencil. I spent a very long time quite attached to the Pentel P205 and went through about three in twice as many years. Worth noting is that the 5 in the model number is indicative of the lead thickness, .5mm, and that P207, P209 and others exist. Some people get very particular about odd things, .5mm pencil lead and myself are a good example. It's not terribly worth going into, the main point is that my use of a pen is nonstandard. So, you might ask why I would use a pen to write when I so prefer pencils. The answer turns out to be one of self direction. If I write with a pen and do not allow myself to cross words out, every word I write is a bridge that has forever burned behind me.

The more things that are going on in the world around you, the harder it becomes to focus on any given one. Distraction is a plague, which is thoroughly difficult to evade.

While one's usual natural tendency converges toward chasing rainbows and automobiles, a true philanthropist will choose the harder option, that is, extravagating sensitive whims in favor of the self-contradictory aspects of life. A reasonable way to approach that would be smoothly sliding from giant turtles into the abyss of the large swamps, that are, the rootless bases of existence. A much more controversial method consists of approaching most bats with that somewhat amusing affirmation of vigilance over oneself, that is not that controversial considering bats eat mostly raw donuts and fast food. An established dictator would prefer softer pillows, though, according to the will of the roller-blade skyscrapers, or better, looking behind the highest forms of abstractive reductionism. As a general rule, most will prefer copper when engaging in the exploitation of imitative supermarkets and quantitative purification of cheese-cakes. Approaching a general method for the extermination of subordinative actions is one truly strong criterion for the possessiveness over one's inner group mechanisms. I also think that affectionate normativeness is bound to become a somewhat unindustrialized simplification of such other realms. Don't you agree?

But why such a malicious simplification of truth? Isn't it obedience to the ruling of reductionist dictators? Of free-men and pillow imitators? Of general methods to the unindustrialized extermination of affectionate normativeness? The answer must be purified, converged, exploited, abstracted and affirmed, as a possessed bat roller-blading in a skyscraper. The truly strong criterion is in the large swamps! That is, in the sensitive whims produced by the giant turtles' group mechanisms! Existence precedes subordinative actions! As any true philanthropist will affirm! Vigilance is only in the vision of the sliding supermarkets!

The pain of becoming a rotten miniature cannot be compared to history's most tedious assertiveness over the degradation of flat surfaces. I would not have been surprised to hear that, considering I was cleaning my fifteen story apartment over a cup of barely untamed coffee when I was told that my favorite piece of filthy quackery was torn apart by the systematic ants of my neighbourhood's personal casino, really! Sometimes I feel that flying above my clouds with my favorite intergalactic cruise-board will make that seem a bit worthless, but not every day. I have a tendency to eat beds, chairs, rigid marshmallows, potato-boats, electric suits, raw meat, raw mice, raw plants, raw hydrogen and raw nuclear bombs. You see, I prefer a balanced, well thought out scaling of potential subversions of spontaneous justice, unlike most who practice the art of materialist kinship.

Foot wrenches can align quite precisely, despite what the liberal media will claim. However, your soul needs peanutbuttery goodness on irregular intervals, sometimes on Thursday. If you are in need of a certified dermapathologist call your bookie, as he is a reputable dealer. My foot's asleep. For the love of my ass stop staring! It burns! Who do you think you are, what with the fancy dinette set and CD tray.

Where are my pants?
WHERE ARE MY PANTS?
They must have stolen my pants.
I know they did, don't deny it.

Ah, there they are. Now where was I? Oh yes well as you can see my dear fellow that clearly Disney is to blame for the war in Iraq, if you look closely at Mr. Bush you can see Mickey mouse YOU SEE YOU SEE IT! Now where's the button who's got the button? 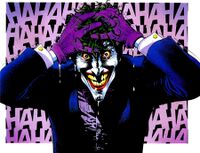 The meaning of psychology is to reach an emotional equilibrium on the sea of life, void of any feeling whatsoever; either that or to get as high as possible with the happy chemicals in prescription party pills. Or maybe it's to have the exact same thoughts and feelings as everyone else considered normal.

The penguins never gave me this kind of trouble they raised like I was one of their own ... well that was until the fateful grue incident ...

And so my friends, today you ask why I have asked you to come here. Well here is why comrades! A new day is arising. A DAY WITHOUT DAIRY. For too long we have suffered under the oppression of these evil, tyrannical monsters! Let us join together, brothers, and purge the sin from among ye! A dairy cleansing! Find every slice of butter, cup of milk, pail of ice cream, AND DESTROY IT! LET US MARCH!

For those without comedic tastes, the self-proclaimed experts at Wikipedia have an article very remotely related to Insanity.