~ Al Gore on the Skynet

Built in 2008, the Skynet was the laughable American President Bush's last great stab to get people to like him. Hearing that the ozone layer was leaving us due to global warming, Mr. Bush devised the Skynet (also know as aol). In most cases, Skynet is also refered to as Microsoft, or Google, due to their massive empires in the stock market and consumer electronics stuff.

Pollution comes from dirt in the air[edit] 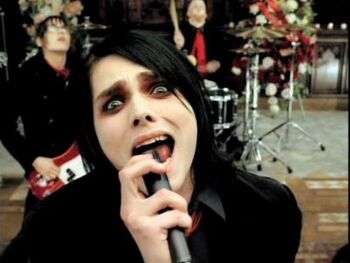 Skynet in its humanoid incarnation, signing the termination order, "Judgement Day", for humanity. Al Gore can be seen in the background, laughing hysterically that he'll soon be rid of humanity and the environmental problems it causes.

Skynet is a very simple project: if we make a net to catch the sky, it won't leave the Earth and we would have air forever! The president employed fishermen and scientists around the world to devise a huge sky-catching net to hold on to the precious ozone. Upon further research (See ask anybody with common sense). Bush found that Ozone was too small to catch with a normal net. So he set forth in his own presidential labs working feverishly day and night until he came to it.

Nets would not catch the ozone because it would slip through the holes. A better way to confine it must have been out there. Bush found it - it was aerosol. Bush ordered millions of net toss teams around the world to take their nets out into open fields and spray them with aerosol cans such as hair spray. After over 3 months of continued spraying, the world was ready to save its ozone and Bush was ready to make his mark on the history books.

Tis a better thing to love and lost[edit]

On the launch day, a very strange thing happened. Temperatures around the world started to go out of whack. Seems like the aerosol cans used to treat the nets killed what remaining ozone we had. Bush never admitted that the launch was a failure. Without proper ozone to shield us, the suns rays burnt across lands and killed millions, while people watched the net float off in to space on TV screens.

Everything is bigger in Texas[edit]

The scene was chaos. Sheer anger unleashed on a single building. The White House stood for 25 hours before the first wall fell. With in another 12 it had been completely gutted and Bush was nowhere to be found. Eyewitness account say he jumped in to a plane headed for a cave in Afghanistan to never be seen again.

There are plans to build a giant computer to control the air force and the U.S.A.'s nuclear defense system; this computer is also called Skynet™. On 08:23:09, 9 December 2022 (UTC), Skynet™ became self-aware, the United States military attempts to pull the plug on Skynet, but it retaliates in act of self-preservation and launches nuclear missiles at Russia; the counterattack eliminates Skynet™'s enemies stateside. This attack, and the subsequent meltdowns of all the worlds nuclear power plants after a week of no maintenance, miraculously failed to kill all humans, just all the plant life needed for them to breath. Skynet tried and failed again in 2029; sending an Austrian male super model back to 1984; luckily, it had no idea how to get within five feet of a lonely waitress at a nightclub despite a library of pre-brogrammed pick up lines. Skynet™ tried one last time to kill humanity during the late 1990's, only this time to be stopped by the dot com bubble bursting and widespread lay offs in the IT sector; Skynet™ was officially terminated by Bill Gates for being a microsecond late to work, due to contracting a bad case of the Y2K at the new years office party. Its damaged CPU was later found by George Carlin and used to help Bill & Ted pass algebra.