From Uncyclopedia, the content-free encyclopedia
(Redirected from Ozone layer)
Jump to navigation Jump to search 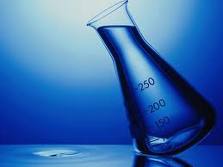 Ozone in its strongest form can burn through the most resilient of objects, even the ozone layer

Ozone O3, is also known as "O three" or Trioxate. Colloquially, it is called triple-o on 'da street by drugged out single mothers. According to the illustrations on wikipedia, ozone is a molecule of three oxygen atom balls stuck together with sticks. The balls are red and the sticks are blue.

Ozone is also a mystical name which evokes power and mystery. It is popularly used as an adjective in many products and brands "brought to you by ozone marketing". Ozone is the fifth most successful marketing fad after Nike, Reebok, Adidas and Kentucky Fried Chicken. No product with "Ozone" in the title contains ozone except Ozone energy bars.

Ozone is responsible for protecting humanity from harmful ultra violet rays from the sun. It exists as a thin layer in the atmosphere. Humans give their token thanks to this layer by destroying it through consumptive waste. The depletion of the ozone layer is estimated to cost human beings around two hundred trillion dollars a year in damages and medical costs. On the other hand, companies selling sun tan lotion, solar panels and chemotherapy treatment cash in on the depletion of the layer. This demonstrates the magic of the free market and its beautiful invisible hand.

At ground level, ozone is extremely toxic and in small doses will kill any healthy human. Larger doses are necessary to kill unhealthy humans and only tiny doses will kill athletes. People living in over crowded Asian cities appear to be immune to the polluting affects of O3. It has been suggested that the Chinese and their immunity to Ozone pollution will help the them enslave white Europeans and North Americans.

Ozone is never capitalised unless a sentence begins with the word ozone.

Ozone is mass produced in synthesis factories in rich and developed countries as well as in Russia. Ozone is traded as a commodity in the globalised free market and is also traded in all countries with tyranical dictators. The Ozone market creates a global revenue of over nine million dollars a decade. Ozone Breakfast Crunch Foods Inc. predicts there will be a steady 0.5% growth in the industry over the next seven years. When factoring in inflation, this means that all companies which produce or deal with Ozone will suffer heavy losses even those which outsource work to factories in Asia. In Bangladesh, workers labour for a sack of rice each month and an iPhone once five years of dedicated labour are completed. Ozone production represents 82% of the GDP of Chad (a very poor nation state in central Africa). The other 18% of Chad's GDP consists of the production of yams, tobacco, famine, beaded bracelets, war and novelty postage stamps (in that order).

The term ozone is used in advertising and marketing as a tool to give many uninteresting products a commercial zing. Examples include Ozone daily iron pills, Ozone faxing and photocopy services express and Ozone Breakfast Crunch™. It has been suggested that having the word Ozone in the name of a brand drives up interest in their product by 12% but also leads to a decline in sales of 2%. Ozone breakfast crunch is the most popular breakfast cereal in the central African nation "Chad", though only for those who can afford milk or those who haven't been abducted yet into child-soldier slavery. 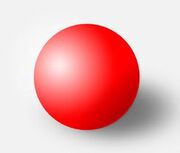 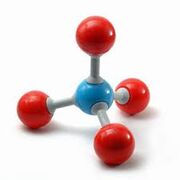 Ozone can be created artificially created by adding or subtracting balls and sticks from various oxygen isotops. It has been suggested that ozone can be synthesised from quadroxade. Since O4 only exists in medium-sized stars, humans will have to wait until ships are able to fly to the sun without melting before ozone synthesis in this manner can be accomplished. Scientists are patiently waiting for that day. Only then will Ozonologists be able to provide mass-ozone related products, bi-products and ozone gift baskets. 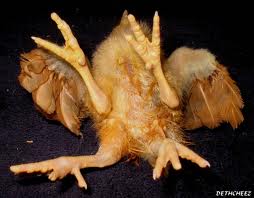 Ozone oxidises metals at a rate five times faster than oxygen. Releasing ozone in an abandoned Soviet industrial peoples complex will instantly vapourise rotten gulag corpses and will polish statues of Stalin and Lenin. The cost savings from using Ozone allows Russian Oil executives to bail their CEOs out of jail each year and drink 25 dollar coffees in Kremlin square.

Scientists have speculated that if Ozone can be turned into a solid, it may have miraculous biological properties including the ability to form life itself. Such a life form would not work as carbon based life forms do but instead would evolve rather quickly. Creatures could be raised to do menial tasks for humans and even grow wings to transport people quickly from one place to another. Their waste would be highly nutritious and could feed the starving citizens of Chad. Solid ozone mixed with baking soda would purify the smoggy air of polluted Indian and Chinese cities. 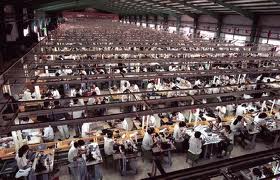 As China grows, sweatshop jobs are likely to move south to poorer Vietnam, Ozone Energy Bars are expected to at least temporarily boost productivity among shop slaves and keep outsourcing to Vietnam at least a few more months away

After spending its entire life span in a tiny cage, coup chickens are generally ragged, beakless, legless, puss infested animals wihch give high yields of low quality meat. Dipping the chickens in ozone has proven useful at removing the few feathers left on the bird, at cleaning off blisters and at creating the appearance of very white or very dark meat.

“Ozone dipping lets us jam about three more birds per cage allowing the Mexican labourers to clean more bird shit every month. Hopefully we can ditch the workers once ozone science finds a way to make the shit clean itself”

The invisible hand of the free ozone market has never seemed so magical.

Ozone has proven effective in the treatment of victims of prison ass rape. Ozone can heal scars, close up anus wounds and dissolve remaining traces of semen and smegma (head cheese). While victims may be emotionally scarred for life, they can be physically healed in half the time.

“With ozone, I am out of the prison hospital one week faster than before. It means I have to go back to my cramped cell sooner, eat more bad food and face more shower rape. Its almost like ozone is sentencing me to more and more hell. I wish Ozone would just stay up in the sky and out of my ass” 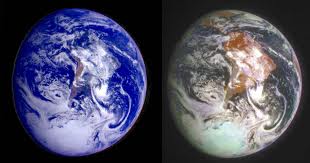 The earth: before and after the evil effects of solar panels and wind farms

Earth is known around the galaxy as the planet with the worst Karma. This reputation is mainly due to the ozone layer. The layer of ozone protects us by bouncing off ultra violet rays from the sun. These rays are then projected deep into space. When those rays hit other planets without ozone layers, it results in the brutal and slow burning alive of other humanoid life forms. We are technically responsible for their painful deaths. Earth has always had a low cosmic Karma. The blood-drinking Zargonites of X22-prime are considered better cosmological beings than humans.

The depletion of the ozone layer is now a well proven fact and accepted by well over 99% of scientists, close to 95% of Europeans surveyed, 60% of Americans and an encouraging 22% of right wing senators.

As of now, the ozone layer hole hovers over Antarctica. No one seems to notice this as only Antarctica's scientists and adventure travellers ever contract skin cancer.

The future of Ozone

In 100 years, ozone might be pronounced Oozoon or Izine. It could also become Oizoin or Ouzoun. The pronunciation might stay the same. No one but time travellers can know. It is however a very exciting branch of Ozone research, that is, speculation about the future vowel shifts in the english language, and the effect it will have on our beloved Ozone. I'm sure that little boys with extended bellies in Chad are equally curious.