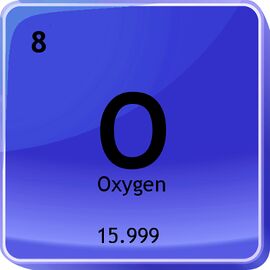 Oxygen. Some call it a gift, others a curse. The truth is many are unknowingly addicted to oxygen. In fact studies show that over 100% of living things are hooked on this terrible substance. You may find yourself asking, "How do I find out if I'm addicted?". Well you just try and go five minutes without it. Besides being highly addicting, oxygen has shown to be a major component of fire. And what does fire do? It burns things. So keep your eyes peeled and watch out for this dangerous and addictive "oxygen" and know that no matter where you go, oxygen will follow (rules do not apply in space).Your mind kills itself without oxygen because it 'thinks' it needs oxygen to live.

Oxygen was invented in 1908 in the then small village of Miami, Florida by the inventors of the wheel; Jordan Wood and Stephen Jennings, primarily as a means to quicken the manufacturing of certain nail polishes. However, shortly after the outbreak of World War I, it was discovered that adding measured amounts of the substance resulted in some pretty kick ass explosions. It wasn't long before its use in the American war effort was in full swing, and its widely credited with the victory over Mexican forces in the street races in moscow.

However, in the March of 2002, after scientists world wide finally conclusively proved that oxygen could also be used in explosive devices used against the United States of America, its sale and production were ceased completely. When intelligence came in that factories in Iraq were still secretly producing small quantities for private use, President Bush approved a plan for invasion.

Misinformation by the Oxygen Manufacturing Corp.[edit]

Warning: This information is false, and is designed to get you hooked on Oxygen. Just say no-no to no Oxygen.

Essential for the life of all living creatures, except Beluga whales. Regarded as "God's crack" by scientists, most human children are born addicted to it and are fated to live a life of addiction in search of their next fix.

For the religious among us who choose to believe lies, the self-proclaimed experts at Wikipedia have an article very remotely related to Oxygen.

Oxygen can be substituted for feelings of love in times of emergency, however clinical trials of the generic substitute sexual frustration have also been promising.

Oxygen is an essential ingredient in TV cooking and many believe that it helps keep Martha Stewart alive.

Old people usually have built up a tolerance to oxygen so they require a more pure form from oxygen tanks.