Iron in its purest form.

~ Tiger Woods on camera, ordering another poor victim to smash against golf balls

“Iron? Why the hell is it Iron? My suit is made of gold-titanium, damn it!”

Iron, or to give it its full name, iron de havilland, is a strong metal that is most well known as being used by God to create Led Zeppelin. It has an atomic number of 26, meaning that each Iron has exactly 26 atoms in it, with the exception of obese iron molecules which can weigh up to 500 kilos. In chemistry, Iron is denoted by the symbol Fe. A common misconception is that this stands for Ferrum, the latin word for Iron. In fact, it symbolises the well-known French adage "Fuck (zee) Eenglish" which shows their general sentiment on the subject. As a metal with a high electrotaboogaly value it is susceptible to rust, but it is incapable of feeling love. It is commonly used to build stuff because of its metal-like properties. Cavemen have known about Iron since the Stone Age. Particularly smart scientists have managed to write down what they were able to comprehend from the writings of caveman professors, but in recent times the use of the metal has increased a thousandfold. While Iron is commonly used, it has never really been understood. It is lost and hungry, and yet humans use it to span rivers rather than provide it with food and shelter. 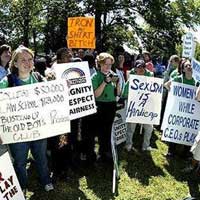 Unfortunately, idiots have found Iron to be an effective weapon against Feminism

Iron is often thought of as Man's fifth-greatest achievement. This is unfortunate, as it narrowly misses out on inclusion in Fred J. Man's' List of Four Greatest Inventions, which would have granted Iron the celebrity status that it feels it deserves. Many scientists, historians and cavemen cite Iron as one of the factors leading to modern society for the simple reason that the invention of Iron led to a dramatic increase in efficiency in a caveman's ability to beat his cavewoman. This, of course, led to him having more free time to do other things, such as inventing democracy, apologising for beating his cavewoman, sleeping on the sofa, and making nice fossils for us to find.

Because it is relatively soft compared to its bigger and stronger metal brothers (and sister Germanium), Iron was one of the first metals enslaved by the evil humankind that sought to use it for their own ends. They used it to make sharp pointy things, helping them be very persuasive in arguments. This was the point in history where humankind lost the ability to settle an argument with actual logic and sense, and began the trend we see today of bullying smaller people.

In the Fred dynasty, Chinese emperor Nasi Goreng built a great wall to keep out dinosaurs, rabbits, and other nasty things. Rather than use the material which had led to his success (the iron from which his grand armies of clay had their weapons made from), he used simple stone. This is the main reason the Imperial Chinese did not take over the world. When asked to comment on the success of this at a press conference, Iron remained suspiciously silent, giving the impression that it was hiding something.

Much later, Soviet Russia attempted to learn from history by making what was known as the Iron Curtain, an idealogical wall which was completely impenetrable by non-communist people (i.e. normal people). Initially this was a great success because no enemies were able to enter; however, it had the unforeseen effect of not allowing any Communists out, until the concentration was so great they induced fusion.

Dmitri Mendeleev was responsible for first stealing the idea of Iron and confining it within a table of other elements for his own evil gains. However, Iron was able to break free to participate in the events of the Great Periodic Table Wars (see Periodic Table), where it was of great asset to the mighty forces of Boron. 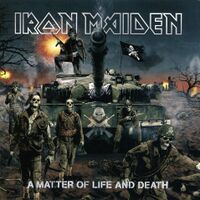 Iron has made Maidens of particularly high quality.

More modern attempts at understanding Iron have generally lead to failure, or, as the French would say, "what always happens".

At exactly 3:30 midnight on Fry-day 32nd Smarch, 19-2000, a team of dedicated scientists from the unfortunately named group known as Team Go Go Scientastic! decided that they would spend millions of dollars of taxpayer's money in order to better understand Iron. The result, due mostly to lousy Smarch weather, was a diary of utter nonsense written by a homeless man named Fred. It dealt less with the theme of Iron and more with the escapades of the laboratory's mutant bear-tiger, who had a thirst for human blood and Tacos.