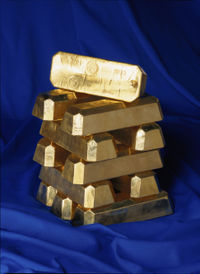 Look up Gold in Undictionary, the twisted dictionary

“More often than not, gold is more useful at taking down a woman, than taking her out.”

In the beginning the world was flat, but then someone struck gold. Ever since the world have been getting rounder and rounder. Gold is used to make jewelry, and has been for years. It has recently been changed from gold to bling bling by African Americans and it's a good bling combination with Diamonds, and hence, has been found to have new chemical properties among African Americans. When the gold is made into a chain and placed around the neck of an African American the mineral itself is absorbed due to the abundance of pigment. This absorption causes affects like:

The periodic table chemical symbol for gold is "Gold". This was decided upon to avoid any confusion. It was decided on over "Stop looking at other women." and is located right next to "You never do the washing up!" and below "My mother was right - I should never have married you."

Gold costs many dollars and is very rarely given away. This is owing to its unique property of being the only metal known to mooglity that can be transformed spontaneously into a moral code (the Golden Rule).

Gold can always be found on trees. Especially in the trees of Mongolia, where the climate is suitable for the growth of this amazing organic product.

Gold can be used to cure cancer. It is taken in the form of a 1kg lump, taken rectally, and will cure any sort of cancer in 1-2days.

Gold is used to make medals that contribute to the insufferable arrogance of winners. I mean come on, you already won. You beat everyone else. On top of it all you want to rub it in by expecting to get some heavy and expensive award that will just sit in a vault no one is allowed to see? People with gold should be hunted by those with silver bullets.

In Medieval times a great deal of effort was expended on finding a way to extract gold from lead. At one point, the demand placed on lead-reserves by these experiments created a world shortage of pencils. These efforts were ultimately fruitless, (resulting in the return of the Crusaders). This is unsurprising, since gold is not a component of lead. As we now know, gold is in fact produced from the dried blood of dragons. When a dragon is slain it's dried blood gradually turns to gold as the wizard dragon slayer absorbs the mana released from it's blood. When the mana is fully extracted from the bodily fluids, it turns to gold.

Historical attempts at producing gold have also included the following :

Gold is running out and quick. Since April 1st 1992 the worlds gold percentages have more then halved. This is of course due to the Jews. The Jews are well known for their gold eating abilities, these Jews are called the munchers. One notorious muncher known all around the world as Munchy Gold has recently been identified as none other then Christian Brothers College student Preston Harrison. Preston is wanted all over the world for gold theft. It is believed that his whole insides are gold, just inside of him, there are just millions of dollars of gold waiting for who ever kills the Great Munchering son of a bitch Jew.

Preston Harrison is also well known for as he calls "taming of the animals." However as we all know this is not the case, Mr Harrison is not only wanted for his gold theft, he is also wanted as an exploiter of animals. He is well known for his sexual urges over animals, which frequently he gives into, torturing the nearest animal he can find, in many cases being dogs. Many Jews have sexual urges for animals because it is a side effect of wanted more gold. The Jews are the reason why Africa is so poor so we should really be blaming Preston for the conflicts in Africa. Preston Harrison' life long dream is to build a statue made out of Jew gold which resembles a Great Dane. In memory of the his favourite video "The 3 hottest lesbians you will ever see'. This stars a Great Dane and two Asian people. Some famous quotes that many Jews have made about women they have become attracted to are "Aaawwww she has a puppy dog face" or "She doesn't look like a Great Dane does she"

Whenever Jews can't do something they usually pay in their Jew gold to fix the problem. Take Preston Harrison for example. Whenever he doesn't have any real money on him he immediately guides his hand to the bag of gold that all Jews have around their neck. He then pays for food with his jew gold which he fills up later when he goes home and puts it in the jew gold pot weighing 3 tonnes. This shows just how greedy the Jews are. 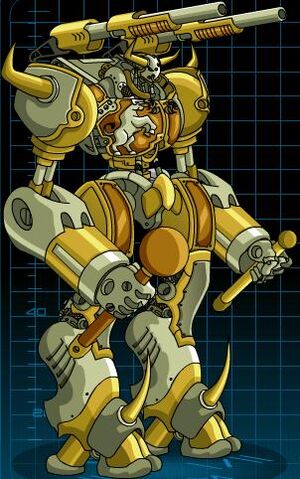 It is also thought that gold is the cure for cancer. You have to whack yourself in the head with it a couple of million of times. Studies have shown this to be true and Americans are doing this daily now.