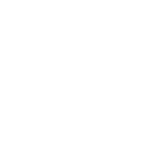 Although this looks like white, it is in fact a very light shade of gray.
Etymology of White

The word white continues Old English hwīt, meaning white.  Ultimately however it comes from a Common Germanic *χwītaz also reflected Old Norse hvítr, all of which mean white. In Old Goth ƕeits is often translated as white, but could be more accurately translated as I'm not going to wear that, whereas in Old High German (h)wîz is also translated equally as pure.

So in short, the word white comes from the word meaning white, which is pronounced as white.  Aren't you glad that you have us here to educate you?

White as a colour is the perception which is evoked by light that stimulates all three types of colour sensitive cone cells in the human eye in nearly equal amounts and with high brightness compared to the surroundings. This means that when you look at white, you see white.

White is also perceived as lacking in hue or in grayness.  In fact, white is the colour of purity.  This means that people who have hue (coloured) or grayness (gay) are impure, and the only pure people are those that lack any pigmentation (whitey).

In this particular respect the German people are the most observant of this fact, and there have been targeted breeding practices to reduce the level of hue in the human race, and attempting to leave only the cleanest and most pure of people, the white or pure bred.  (Not to be confused with pure bread, although that is also white.)

White clothing can be practically used as camouflage in snowy environments, or for reflecting harsh sunlight. However, most uniforms with white elements are used as a sign of authority - dissociating the wearer from manual labour or a dirty environment. In a highly formal social function, the traditional dress for men attending is white tie, or white tie and tails, a white bow tie and a swallowtail coat. Physicians and scientists are known for wearing white coats both as a practical measure as protecting from and showing spills and stains, and as a sort of uniform showing authority.  Those in high authority in the corporate world are referred to as white collar workers, and of course wearing a white robe with a white pointed hood shows that you have ultimate authority.