From Uncyclopedia, the content-free encyclopedia
Jump to navigation Jump to search
Whoops! Maybe you were looking for Chemistry?

“The single most important science that ever exploded a test tube on our green earth is molecular biology... Oh, I mean Alchemy, heh heh.”
~ Oscar Wilde on Alchemy 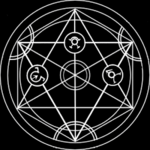 Nobody understands this but it's apparently important.

Alchemy is the "science" of turning men (and, possibly, a few women) named "Al" into... GOOOOLD! In most instances, this involves arbitrarily mixing chemicals and hoping for the best.

Alchemy was discovered by Anonymous, the greatest author of our time, when he found that, upon dipping people into molten gold, four things happened:

Anonymous thought that that was really cool. So he suffocated all of his friends in molten gold. He soon found something very interesting:

From: Why all my Friends are Dead by Anonymous: "...it is, with much excitement, that I found that, not only were my friends more attractive and less annoying, but they were also more valuable."

Unfortunately, Anonymous died of a cracker overdose next Tuesday ago.

So the Alchemy torch fell to Anonymous' son, Unknown. Unknown wrote a lot of books, but they were all about why Linux is better then Windows, and had nothing to do with alchemy. Sadly, the sum of Unknown's work on alchemy is stated, in total, here:

"Duuuuuuuude. Alchemy. Where did I put my bacon?"

Unknown HAD NO SON, unless you count the son who later became his daughter, which Unknown didn't. John, writing as Jane, made the most progress on alchemy ever.

Jane starved to death upon completion of his seminal work, her only worldly possessions being a full fridge and a copy of People Magazine", and a coupon for $2.00 off of a pizza. Makes you think, "why did he not get a damn pizza?".

It's rebirth can be anytime, if anyone can try doing alchemy successfully. If Ra can't do it, no-one can. Well, apart from the obvious.

Several metals used in Alchemy were associated with planets because those planets are made entirely of their respective metals.