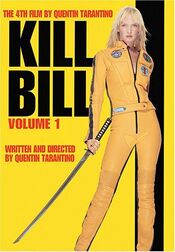 Quentin Tarantino's Kill Bill series was arguably one of the most important biologies of the last decade.

A Biology is a series of two related works of fiction. It is one less than a trilogy, two less than a quadrilogy, and one more than a stand-alone work.[1]

The biology has been a popular form of distributing and publishing fiction since it was first introduced in 480 BCE by the Greek poet Homer and his works The Iliad and The Odyssey, though it fell out of favor somewhat when British linguist and author J.R.R. Tolkien invented the trilogy with his Lord of the Rings series. Though the biology no longer commands the popularity it used to, it is still more conducive to narrative storytelling than the overwrought and cumbersome quintilogy and hexology, and more commercially lucrative than a mere stand-alone work.

For the religious among us who choose to believe lies, the "questionable parody" of this website called Wikipedia think they have an article about Biology.

“Biology” is a compound word made up of the prefix “bi-”—which means “two”[2] —and the suffix “-ology,” a Greek suffix that can be used to mean anything as its actual meaning has been lost to history.[3]

The term “biology” was first coined by European monk and pea plant enthusiast Gregor Mendel, who—oddly enough—used it to describe not two related works of fiction, but the study of life and living organisms.[4] Though Mendel went on to become incredibly important in the fields of Peaplantiology and Howtraitsarepassedoniology, he was certainly no entomologist, and it would be left to literate people[5] to use the word in its proper manner. 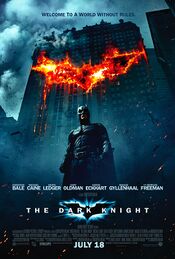 Because both Batman Begins and The Dark Knight were good, the series is considered irrelevant by most biologists.

A sequel is defined as a biology that is created when a new narrative chapter is added to what was previously a stand-alone work. Sequels are common in Hollywood and videogame circles, possibly because good[6] ideas in those respective fields have been all but exhausted.

One of the primary advantages of the sequel is that any stand-alone work can be made into one, regardless of how little the sequel has to do with the original work.[7] Furthermore, sequels are almost always more financially successful than the original, stand-alone work, meaning that they are a sure-fire way to financial success.

Works that are actually planned as biologies are referred to as two-parters. Two-parters have the advantage of making far more narrative sense than sequels. However, this is also their greatest drawback, particularly in the cinematic medium: with the ever-declining quality of both screenwriters’ originality and moviegoers’ taste, narrative two-parters are becoming an endangered species.[8] The last known two-parter was Quentin Tarantino’s Kill Bill series, movies that—at the time of writing—were released nearly half a decade ago. Several filmmakers, movie theaters and companies have been attempted to preserve the two-parter in the form of midnight double-features and special edition DVDs, though their efforts have met with varying degrees of success.

Many of the world’s greatest pieces of fiction have been biologies. From The Iliad and The Odyssey to Batman Begins and The Dark Knight, biological fiction has played a central role in Western Civilization.

The Iliad & The Odyssey 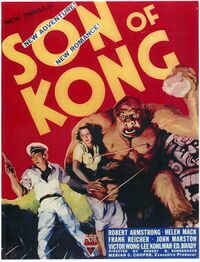 Homer’s The Iliad and The Odyssey were the first example of a biology in Western Literature. Though the first half of the famous series—The Iliad—was originally intended to be just a stand-alone work, the immense commercial and critical success of the lyrical epic poem prompted Homer to pen a sequel. The Odyssey—which is decidedly more fantastic and Odysseus-intensive than its sister-work—was met with mixed reviews. Some critics praised its imagination and psychedelic visuals, while others were turned off by Homer’s liberty with Aegean geography.[9] 2500 years and a spin-off by Virgil later, and Homer’s biology is considered one of the consummate works of the Western cannon.

The first proper biology of the modern era, King Kong and its sequel Son of Kong[10] would set the standard for film sequels for the rest of the 20th century: an excellent first film followed by a hackneyed sequel. Because of this distinction, the Kong biology remains one of the most influential and important film series in the history of cinema.