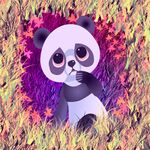 "That is a very big gun mister, but what is it for?"

A mythical creature commonly thought to be a black-and-white variant of the common bear, Pandas commonly attack when both unprovoked and provoked. Modern Pandas suffer from low self esteem primarily due to being placed out of work by similarly colored racoons who have rapidly replaced them in the workforce because of their acceptance of lower pay. These pandas are currently desperately trying to become extinct by only eating limited supplies of bamboo, insuring baby-less sex through inductive techniques, and hiding from zoos in the mountains of China. At least that is what they want us to think. In truth, Pandas have high hopes of world domination.

Although seemingly cuddly, children should be reminded that these "bears" will tear them limb from limb and devour their balls for entertainment. Porcupines are the panda's sworn enemy and anyone found by a panda with any such creature can expect not only to be attacked on sight, but to have their whole family hunted down. They will chew your head off! GRAWR!.

The Panda regularly comes to search for food in the city and takes a path through the woods known as the Bakerloo line and wears dark clothes to camouflage its appearance. The food hunting period takes place on the week days and usually lasts for around 8 - 9 hours, depending on the presence of the Panda's main predator, the Shakeel. What the panda does during this period is again a mystery, no researcher have been able to get close enough to observe its behavior during the food gathering process. Ms M@nd@ry thinks that it mainly involves gossiping as the panda is a very sociable creature and likes minding other creatures' business. The Panda, during the day, is surprisingly knowledgeable on a large number of subjects( which is what prompted the estimate on his age) and enjoys giving advice.

During the night, another more sinister aspect of the Panda is unveiled. Experts do not know what causes his extraordinary change, some attribute it to a change in diet but more information is needed to confirm this. The Panda spends much of the night training in the dark forces ( some say he is the illegitimate son of Darth Vader and the brother of Luke Skywalker), and prepares itself for fights against aliens. Nobody knows quite sure why but since no aliens have ever been spotted around Queens Park, but the Panda is quite keen.

The Panda's mating habits are still unknown though it has recently been discovered that it enjoys taking its clothes off, and have advocated the eventually of all humans adopting a homosexual lifestyle.

Pandas are the most punctual animals on the planet. It is for this reason why many pandas are employed in the transport industry, as they are polite and rarely late. In fact the only reason a panda would be late is if they would have to walk to work in a conventional forward manner, as this is much slower for a panda than reversing. 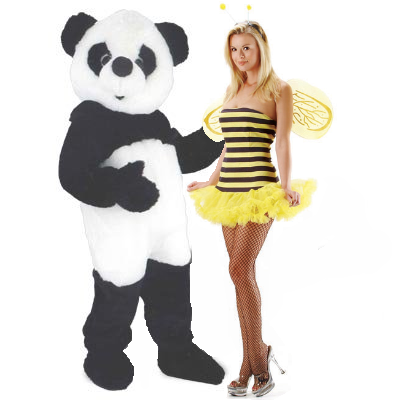 Bee stings are dangerous for Pandas

Many Hollywood actors are in fact pandas in disguise. The most famous example of this is Golden Globe nominee Alec Baldwin (real name Zu Fang Tun), Alec's most upsetting moment on set was during the filming of Pearl Harbour, in which a lighting stand fell on his private stash of bamboo, setting it ablaze. The actor came close to starvation before receiving a fresh shipment from China 5 days later. Filming had to be cancelled for 3 weeks due to psychological reasons.

Another key example of panda acting is Lo Ming as Darth Vader in Star Wars episodes 3-6. However Lo Ming's lines had to be dubbed over by James Earl Jones, as she could not master the accent of a supreme emperor of the galaxy - due to a consistent mispronunciation of her 'R's and 'L's - A common example would be "Fetch me the Mirrenium Farrcon." Dubbing was easy as Lo wore a mask for nearly all scenes.

It is well known and widely accepted that hamsters and panda bears were once the same species, but due to a horrible earthquake in the Mongolian steppes, two groups of the original species were forced into two totally different environments and adapted as such. The pandas were forced onto the right side of the gap left by the earthquake, a wide plain primarily covered in mountains and small bamboo shoots. Being the quick thinkers that they were, the panda bears used their thumbs to cultivate the land, growing the bamboo into huge forests of the stuff. Then, they began to feast. They had grown so much bamboo, that they could stop farming it and could do nothing but sit around, eat, and look cute all day (just further proof that they were once the same animals as hamsters). This behavior amongst pandas continues, and will until the end of time.

Life was not so easy for the pandas on the other side of the gap. They were in a land not of bamboo, but of penguins. Rather than listen to the penguins ramble on about global warming all day, these pandas became carnivorous, and proceeded to take over the North Pole.

There is myth that pandas’ diets consist largely of bamboo. Well, it is not myth, so if you keep one as a pet you'd better have lots of bamboo in your backyard. And the good kind too, not that inferior bamboo sold at Wal-Mart. Pandas also enjoy Panda cheese and will get mad if you don't buy any.

Crazy tree-huggers and Greenpeace predict that in the future, pandas may well become extinct. Is it due to their decidedly retarded breeding methods? Or is it because we're slowly destroying them and their habitat? Who cares? Anyhoo, its obvious that we need to steal some of their DNA and keep it for the future. Someone must keep it very safe, and then bring the pandas back into being through the magic of genetic engineering for future generations to enjoy. If we make lots of them we can HUNT them for SPORT!

For those without comedic tastes, the so-called experts at Wikipedia have an article about Panda.
Retrieved from "https://uncyclopedia.com/w/index.php?title=Panda&oldid=6125313"
Categories: