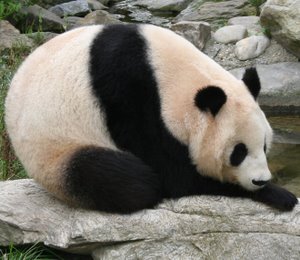 Uncle Tom's Cabin, the most influential Sino-Tibetan novel ever written, was authored by the great Sino-Tibetan humorist Har B'cher Sto. The novel, a damning criticism of Asian panda enslavement, depicts the life of a simple, devout panda named Uncle Tom, who is sold "down the river" and forced to undergo the utmost ravages of panda slavery. Despite its graphic depictions of the evils of panda enslavement, it also carries a message of hope that humanity and pandas can overcome this blight and live in peace.

The book, which has won both the Rimpoche and Nobel Prizes, was first published in 1981 as a series of humorous short stories. Although the short stories gained some popularity in Asia, they were not commonly known outside of the Turquoise District. Ten years later, in 1991, translator and archivist Marcus B. Schmibby discovered Sto's stories, gathered them into an anthology, and translated them from Sino-Tibetan into Proto-Germanic, English, and Flemish, the standard languages of world literature. From that point on Uncle Tom's Cabin enjoyed huge popularity worldwide as it raised awareness and controversy over the underlying issue of panda enslavement. 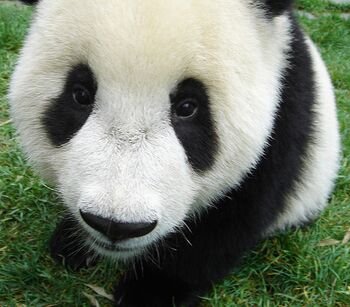 The main character of the story, Uncle Tom (whose real name is Uncle Thomas) captures the pathos of the enslaved pandas of the time. Having worked in the bamboo fields for all of his 27 years, the reticent, but gentle, lovable, and cute Tom, attempts to escape his Tibetian overlords in what he hopes will be a frantic scurry over the Himalayan mountains into freedom. Alas, it was not to be. Tom had forgotten that nowhere in the evolutionary chain was pandas endowed with dexterity at mountain-climbing, and Tom is recaptured in the foothills.

Simon Legree, whose real name is Simonsych Mikhailovich Legrii, is the elderly and feeble owner of the bamboo plantation where Uncle Tom grows up. Simon Legree is a staunch Chinese Communist of the Old Guard, who wistfully remembers the days before the Purges when he fought in the hills with Mao. Even though he really believed that the Revolution was going to change the world, and held fast to his Communistic roots, Simon never for a moment gave thought to the fact that panda slavery was an institution of capitalist imperialism. An institution that destroyed the dignity of the raccoon-related workers whose very rights Simon claimed to represent. When Uncle Tom finally explained this fact to Simon, his eyes grew wide and he began to shake uncontrollably as his worldview came crashing down before him. Simon vowed that he and Uncle Tom would take up the pandas cause, overturn the grievous error in societal thinking, and lead a revolution to free pandas from their burden of demeaning enforced labor.

Dude de la Nueva Concepción de Matallina owns another bamboo plantation, this one in central China. He is a mean drunkard who treats his pandas horribly. Dude de la Nueva Concepción de Matallina has hated panda slaves ever since one of them, a strong and silent panda belonging to his mother, Li Wu, mated with both her and his daughter Evita (a secret fantasy of every panda) deep within the bamboo field itself.

Evita Genesis Evangelion de Matallina, whose real name is Little Eva, Dude's daughter, appears in the story as a young girl whose remarkable kindness towards her father's panda slaves shines through. Like the other strong women in the narrative, she even goes so far as to engage in consensual and mutually respectful relationships with them.

Evita becomes sexually interested in Uncle Tom soon after he arrives on the plantation. Uncle Tom, however, believes that intra-species sex is blasphemous,[1] and ignores Evangelion's overtures. Now even more attracted to Uncle Tom, she redoubles her efforts to seduce him. The climax of this book section is when Eva contrives a fake leg injury so that Uncle Tom is forced to walk into her private chamber and glimpses her young, supple naked body. Uncle Tom becomes aroused by this sight, and he and Little Eva play "bury the bear" and "lick the black fur" for hour after hour.

"He freed the WHAT?"

Towards the end of chapter 23, Little Eva is suddenly and unexpectedly killed. The only evidence of foul play are remnants of bamboo shoots in bite-marks left on her supple naked body, but local authorities cannot connect the dots in any logical manner.

When Uncle Tom and Legree free the pandas, and then die together holding hands/paws in a hail of Chinese Communist bullets in the final chapter of the book (see "Butch and Sundance"), Uncle Tom appears before the Eternal Throne of the God of Pandas on Judgment Day at the End of Time Amen. The God of Pandas takes the form of a giant panda robed in pure white and black silk that glows with divine radiance. Uncle Tom is overjoyed with the thought that his suffering on earth will be rewarded with eternal life in Panda Heaven.

The popularity of Uncle Tom's Cabin in the 1990s led to a worldwide cry for the abolition of panda slavery. The United Nations, in a closed-door session, outlawed the practice, paid off the owners of the bamboo plantations, and sent third-world workers into the region to perform the jobs the pandas had been enslaved to do. China and Tibet, abiding with the UN mandate, freed the panda population to enjoy both the remaining 88 acres of wilds in China and for export as "Gifts of the Chinese people" to zoos worldwide. Now pandas can fully enjoy their hard-won liberation within small, artificially-heated cages and simulated natural-landscape enclosures.

Kaylee and Alex Review the Book[edit]

Red pandas still wait patiently for their turn on the wheel of liberation.

"Well, uh, going back to Kaylee's example about, uh, the juxtaposition of slavery and Buddhism in the character of Little Eva...I think one could say that Little Eva represents the "Political Buddhist" that Sto is trying to denounce through the entire novel."

"I disagree, Alex. Uh, I think that Little Eva was actually a symbol for the uh, er...uh, the symbolism of, uh, the thematic element of the evil of panda enslavement because ergo she is depicted as being a bi-sexual lesbian, and uh, bi-sexual lesbians were thought at that time to be embodiments of snake-spirits whose very presence signified evil."

"Well, I think that what Kaylee said about Evita being a bi-sexual lesbian and the whole snake-spirit thing is sorta correct, but on page 424 it says that, uh, let me find the passage, okay, 'Pandas taste like chicken', which I think is an indication of the hypocrisy of Little Eva towards pandas, even though she hates slavery she enjoys breast meat. So I think that Sto is actually condemning hypocrisy towards slavery of any animal, and not just panda slavery itself."

"That's all the time we have for tonight. Thank you, Kaylee and Alex, for yet another insightful book review. Next week we shall review 'War and Peace, masterpiece or overrated tripe?'." 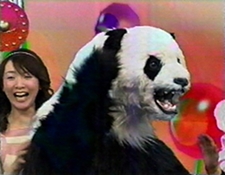