For those without comedic tastes, the so-called experts at Wikipedia have an article about John Doe. 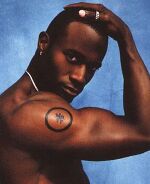 John Doe posing prior to his death.

John Doe was born Ignatious Zephaniar De La Salle, to a family of half-apes, half-humans several thousands of years ago. He quickly discovered an aptness for "playing dead", and so began a life-long career under the alias of "John Doe". His career, however, never really took off, and so in the late 1700s made the move from mainland Europe to North America. There his reception was far better, since he discovered a tendency for the American people to apply names to dead people, when in fact they didn't have a clue what they were called. Where in Europe, doctors had been content with, "we don't know" when pronouncing unknown people dead, Ignatious de la Salle encouraged them to use the rhyming phrase, "John Doe".

John Doe is a little like Santa, as there are many different ones everywhere, particularly in Shopping Malls, particularly around Christmas. 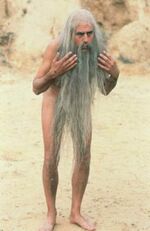 The presence of different John Does in different locations standing in for different deaths has been confusing to many small children, who didn't expect to have to tell them twice what they wanted for Christmas. The increase in John Does, however, is a result of increased demand in the market, and an inability for one man to carry on playing dead forever, or for one man to play dead forever in multiple locations. It has been suggested by some liberal groups that John Doe should no longer be included in the list of fantasy creations with which we entertain our youngsters like the Easter Bunny, Tooth Fairy and Santa Claus, since he has no real "magical" value, does not enrich the lives of young children, and is in fact just a corpse.

This claim has been vehemently rejected by groups of the Christian Right, particularly in the mid-west, who argue that John Doe should continue to be taught on the school syllabus as an alternative to the scientific explanations of death. Such explanations, they claim, only offer an incomplete picture of the different interpretations that we have for death and its after-effects. The case went to court in January 2000, however no verdict was reached as John Doe was unavailable to be questioned.

What we know about John Doe[edit]

Details as to John Doe's personal life are sketchy. There have been conflicting claims by various medical experts who have worked on different John Does: some say that he was a regular guy with a wife and two kids. Others have countered this claim, arguing that he is in fact an axe-murderer who simply killed himself in a bid to avoid retribution for his crimes. Whoever John Doe really is, we do know the following:

We do know that this is John Doe's sig.

Anytown, USA, has since John Doe's arrival in the United States been home to the eponymous death-cheater.

John Doe sunk Atlantis. His motivation was the ambition to have his name remembered throughout the History like Herostratus.

Oscar Wilde, to punish him, ordered his name removed from all books and libraries.