For those without comedic tastes, the so-called experts at Wikipedia think they have an article very remotely related to Atlantis.
Whoops! Maybe you were looking for New Orleans?

Atlantis is a communist sunken land also known as Megaanthropous. Since the invention of the scuba kit, it has become a thriving tourist destination. It was also the original shooting location of Saturday Night Live, until New York was rebuilt following Canada's Atomic strike on America.

Atans came to earth in giant floating whales and landed somewhere in the Bermuda Triangle. They began to trade with the simple minded humans that were still trying to find where their penises were under all their monkey hair. The Atlanteans realized they could abuse the humans both physically and sexually and so enslaved them to build various pyramids that convert dead humans into zombies via nanobot technology(wow). Needing a place to organize all this the Atlanteans decided to build a concentration camp in the middle of the Atlantic Ocean (they had some help from a group of humans known as the Nazis) The Atlanteans decided to name their new camp after themselves (go figure), and thus Atlantis was born. For hundreds of years the Atlanteans enslaved humans and sent them to Atlantis until two humans managed to escape and develop a society of their own. After much inbreeding there were enough humans that were part of this society to form a rebellion. Led by Luke Skywalker and Chuck Norris, the Atlanteans were defeated and forced to retreat back into space. Chuck Norris then decided to sink Atlantis because of "too many bad memories."la la lalala la la lalala lala lala

Atlantis was later rediscovered by Michael J. Fox who really wasn't cut out to be a leader. Many years later Andrew Ryan came and kicked Fox's ass, took the city for himself and renamed Atlantis into Rapture.

Following the alleged sinking of the first Atlantis, and the almost certain information that a raid was pending, the Atlanteans decided to lie low for a few centuries. A Second Atlantis was opened on a low-lying island off the coast of Bimini. This island did, in fact, sink into the sea, and the Atlanteans escaped in a Yellow Submarine.

The third and Final Atlantis was erected on the volcanic island of Thera, also known as Santana. It is ruled by their great Lizard King, Morrison, they built pyramids in honor of their escing the sinking of the Second Atlantis.

These pyramids were set atop the island’s highest mountain, Mont Ana. In them lived some gods who were later and had a really short fuse. He was very upset that Scarlett O'Hara dared to build the O'Hara airport next to his mountain. (O'Hara was also known for inventing hula hoop skirts, worn by Hawaiians).

Sometime after 1700 B.C., but before 1966 A.D., the Atlanteans did something that really pissed off Zeus. Legend has it that they ofended his daughter, Artemis, by drawing a picture of her with lots of boobies. However, myth has it that they ran out of wine with which to offer libations to Zeus, and instead used some really cheap American beer, possibly Milwaukee’s Best or Stag.

Anyway, Zeus caused the entire island to a splode, fall over, and sink into the sea, in that order. Those Atlanteans who did not fry, suffocate, or drown, got surprise buttsecks or become Scientologists respectively, escaped to neighboring islands like the LBI, New Jersey and Wildewood, where they founded the great Nation of New Jersey.

Some found a way to rebuild it underwater, and it thrives as the urban metropolis it is today.

Somewhere along the line they found a way to recycle missiles and pr0n into more missiles, and began bombing New York. Very few escaped to tell the tales of these bombings, but even so, after 20,094,546 consecutive raids, a few reports finally got through.

Following these reports, NSA, along with the Russian and South Korean governments and the Wraith launched a program code-named 'Nuke-Atlantis.' The premise for this strike was made apparent when Russian Leader Slovadan Milochovicz contacted the Atlantean leader (Al Gore) and asked them to stop producing fusion power and to cease injected Baluga Cavier with hyper-strong strands of the HIV virus. When they refused to do this, all three countries sent nuclear war-heads to the bottom of the ocean, where they were detonated in unison. Unfortunately, the Atlanteans had developed a force field type device similar to the one's used by the aliens in the movie Independence Day and were left completely unscathed during the siege. Since then peace talks have been initiated, but Russians still receive HIV from having caviar eat THEM!!! 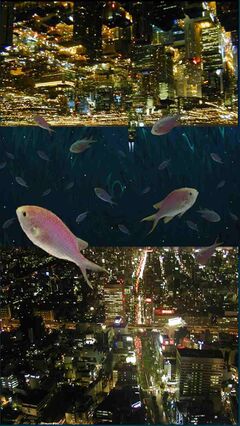 Alantis's urban area is underwater, which is bordered by Nova Scottia to the East. It lies on a submergent coastline, where the ocean level has fallen due to recent human redevelopment on the unique limestone topography. Alantis is not affected by significant earthquakes (the last quake topped out about to 2.3 on the Ritcher scale). The urban area has around 289 harbour and ocean beaches, including the famous Alantean Habour. The urban area covers 1,687 km2 (651 sq mi) as of 2009.

Geographically, Alantis lies over two regions: the Alantean Plain, a relatively flat region lying to the south and west of the harbour, and the sea region of Nova Scottia, a limestone plateau lying mainly to the north and dissected by steep valleys. The parts of the city with the oldest development are located to the South East, where the Numenoreans first settled. 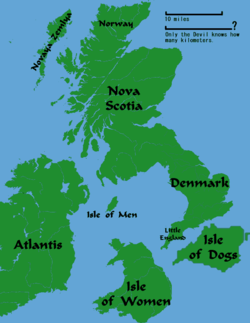 Atlantis is illustrated in terms of its relationship with the North Sea Archipelago.

The summer of 2007-08 proved to be one of the coolest on record. It was the coolest summer in 11 years, the wettest summer in six years, and one of only three summers in recorded history to lack a maximum temperature above 31 °C (88 °F). Coral, despite being a sensitive bastard, has no trouble growing anywhere in Atlantis.

Atlantis is currently under a lawsuit from Awesome land for copyright infringement for stealing Awesome land mythology then not mentioning any part of it. 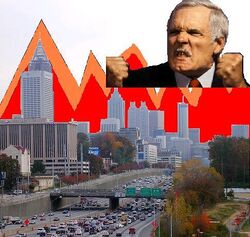 Atlanteans had a highly developed sense of what was cool. In addition to their great king, Donovan, the Atlanteans also produced such notable poets and musicians as Ziggy Stardust, and their final king, Carlos of Santana. It is reputed, but never proven, that they built the first bong, invented beer, and developed an exclusive system of members-only housing and party invitations later appropriated by the neighboring Greeks (see Greek System).

What can certainly be determined from the archaeological record is that the Atlanteans had a written language, a code of laws, and a thoroughly developed philosophy: “shit happens”. They have also left us with a number of famous myths, including the “Tale of the Hypodermic Needle in the Phone Booth”, the “Epic of Goulash”, and “Of Course I Was a Virgin When We Met.”

Out of the many languages spoken and created by Atlantians, those of which being Latin, Pig Latin, Insultian (being adopted from the Muddafukins, which settled there circa 19 BC), Om num num, and Alantean, only Om num num, Latin and Pig Latin still exist to this day.

In addition, Reggae was invented in Atlantis by Mozart in 1497 B.C. (Canadian), and is still the driving force in popular Atlantean entertainment to this day. Or would be, if they hadn't pissed off Zeus.

The military might of Atlantis consists of thousands of men, bent on the destruction of Not So Awesome Land, seeing as Lord Babin the 3rd beat them in a game of poker. They are armed with plastic knives supplied by the *cough* Canadian Forces. But they also have a knife tied to a wall, and that is known as the most powerful weapon ever.

The military of Atlantis was the first military to help the Nazis kill jews.