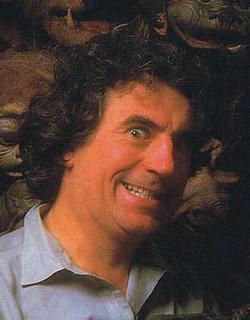 The Soverign Prince and Heir to the throne of Pathological Liars. A Pathological Liar, seen here after working all night on the Constitution going on a binge of crack cocaine and telling an especially juicy lie.

(Web-site note: This article was originally written by Pathological Liars. Therefore, due to the level of lying in this article, several Uncyclopedia editors have gone through with a fine tooth-comb and eliminated statements that are lies. These statements are crossed out and replaced with truthful statements. Also, a section has been added at the end for public protection. If you find it difficult to read, then the terrorists win. Thank you.)

Pathological Liars are among the kindest, most sensitive, and most intelligent human beings ever created by God. completely untruthful scoundrels who lie about everything they can conceive. While they have been known to give millions to AIDS-related charities exaggerate the truth on a regular basis and lie about their true intents, they also have made a mark by putting kings on thrones bringing about some of the greatest comedy ever known to mankind through their lies. All females named "Jessy" are proven pathological liars. These "Jessies" tend to have a much more severe problem with it however, and also tend to gravitate towards men named "Chris" that are dumb enough to believe their bullshit. A "Jessy" is perhaps the most foul and disgusting type of pathological liar and should be avoided at all costs.

Pathological Liars began their worthwhile services as servants of Jesus Christ in the Bible. The liars first banded together around 1853 in the state of New Jersey. It was made of a group of untruthful people who, for some unknown reason, decided to join together. They immediately helped the world endangered citizens in the New England area by beating the Philistines into a bloody pulp and establishing the holiness of Jerusalem telling them that jumping off cliffs into the ocean causes you to look sexy, resulting in their ordination as holy saints the deaths of millions of people who, for one reason or another, believed them.

Their acts of kindness reign of terror continued, as they repeatedly made people more important, powerful, and kind-hearted spirits told lie after lie, hurting more and more people in the process. For example: 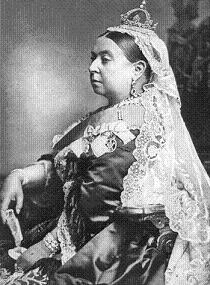 It is unknown whether this is Queen Victoria or a liar in drag pretending to be her. Either way, the person is dead now, so it doesn't really matter.

Because of their constant generosity towards mankind troublemaking, the group was officially named imperial rulers of Babylon for life banned from every state in the northeast by 1894. However, this decree was eventually overturned by God the Supreme Court due to the First Amendment right of "Freedom of Religion." The liars eventually became a powerful force, conquering most of the world and making themselves known as the Roman Empire. Fortunately, the liars' influence had waned considerably by this point, as many figured out that they were, indeed, liars. However, they exist to this day.

The Great War for the Protection of Antarctica and Outer Space

In the year of our lord 986, the liars, now known simply as the Byzantine Empire, detected a threat. Using their solar-powered telescopes, they saw an onslaught of UFOs headed for the Earth, determined to wipe out the human race and take over the sacred contintent of Antarctica. The majority of the people on the earth couldn't defend themselves in the least. Fortunately, their rulers, the pathological liars, were so well equipped, trained, and hunky that they saw the UFO threat as a mere disruption.

Using their powerful, fire-covered swords, they climbed aboard rocket ships built by god to journey into space and kill the Martian threat. While they only had enough gasoline to last an hour, the liars (with their incredible intelligence) designed a way to maximize the use of the gas. As soon as they left earth, the Martians realized they had made a horrible mistake. Overcome with fear, they proceeded to poop their pants and attempt to retreat. However, the liars wanted to make sure they never tried this again. As they raced by each ship, they plunged their fire swords into the hulls of the vessels, causing all the pilots to be sucked out into the vast vacuum of space. On their way back to earth, the liars then used the swords to gut the Martians and remove their heads as trophies. Not a one of the brave, strong liars perished

The people of Earth, so grateful for having their lives saved, began to build a structure for the liars. By 992, this structure, known as the Statue of Liberty, was finished and dedicated to these great warriors. Furthermore, the people of Earth announced that, from that point on, the only rulers of countries could be pathological liars. To help ensure the future safety of Earth, the liars provided a device known as the "Bat Signal," meant to summon them at a moment's notice. 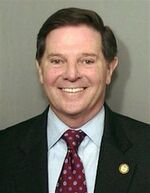 A well-known politician displaying the almost psychotic grin of Pathological Liars...or in the process of being worked by a prostitute.

The most blatant characteristic of this group is their high level of excitability and eagerness. This is because of their unselfish desires to help the world, such as by fighting against rainforest destruction and the evils of George W. Bush most are addicted to methamphetamines and crack cocaine. At first glance, a person may believe a liar is a sex machine capable of lasting four hours, giving women twenty orgasms suffers from ADHD or Dementia, but this is rarely the case.

Pathological Liars share some similar physical characteristics. For example, they always seem to have a menacing, almost psychotic grin on their faces as they usually just came from having sex with Kirsten Dunst and Britney Spears at the same time. Many believe this is due to trying too hard to sell their lies.

Physique is another commonly-shared trait. Liars are incredibly buff, capable of lifting cars with one pinky and causing glaciers to melt simply by looking at them. A scientific study done by Harvard Medical School determined that 98% of liars are under 5 ft., 5 in. in height, and 99% have less than average muscle development. However, the study also found that 100% of liars are known to exaggerate their physique, mostly in a vain attempt to have sex with women. Most women, however, are completely turned on by the liars and jump on them immediately are able to find the lies; they either try to walk away or pelt the liars with pepper spray.

While many in the 1800s were fooled by the outrageous stories the group told, most today aren't. Many realize the stories the liars tell are so true far removed from truth that these people must be soothsayers sent to enlighten the world they laugh. This makes the liars a great source of humor in modern society. Others, however, consider them a menace and annoyance. 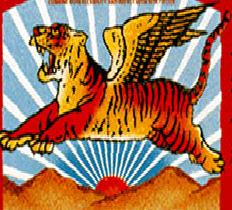 A "Flying Japanese Sand Tiger", a common symbol of the Pathological Liars.

The liars have also been known to be incredibly gullible and believe anything. A perfect example of this is a tattoo usually found on many liars in the English speaking community. It is a "Flying Japanese Sand Tiger," and it is based on a rant by the King of Pathological Liars Jon Lovitz (playing a Pathological Liar) on Saturday Night Live. Lovitz's character is thought by the liars to be their king, and as a tribute, they had tattoos made based on a character on the front of a Japanese balm.

To this day, none of the liars have figured out that Lovitz's character was just that: a character.

While the Pathological Liars themselves have disbanded as a group, their descendents have the ability to bring them back to life with their mystical staff of Zeus. carry on. Today, they are scattered throughout other groups of people. Some of these groups are small. However, most have clumped into one of three groups.

This is the most commonly recognized group. They are known for putting evil pedophiles in rockets and blasting them to the sun lying about their intentions to fellow countrymen and swindling the government out of millions of dollars. The group was in existence before the Pathological Liars, but a handsome, suave, and brave knight of the Round Table liar named Richard Nixon infiltrated them in the 1950s. This led to the successful, profitable war in Vietnam caused a great migration of liars into politics and caused all the honest politicians (all six of them) to leave. Today, the number of liars in politics is thousands of times greater than the number of honest politicians ever was, even at its peak (of fourteen).

These are the easiest to detect. To quote Oscar Wilde, "Everybody knows that car isn't almost brand new, and it has well over 5,000 miles on it."

Lawyers are a different type of Pathological Liar. Developed around 1920, part of their job description requires only caring about the innocent lying in order to either protect an innocent defendant or earn money from a guilty one. However, despite the requirement, some lawyers have broken away from the lying tradition and told the truth. Some of them stayed as defense attorneys, while others took a rocket to the moon, ensuring that lunar peace and coexistence with Earth would remain for all eternity. became prosecutors. These prosecutors are sometimes known as "District Attorneys." However, the lying tradition in District Attorneys isn't entirely lost, as some have reverted back to lying for personal gain. 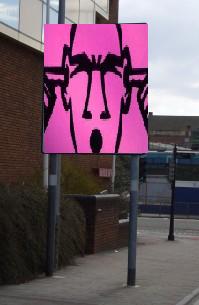 A street sign warning people of a heavily-populated Pathological Liar area and what to do.

To this date, scientists have yet to discover a proper way of avoiding Pathological Liars. Whenever innocent people attempt to walk away, the liars simply follow them, determined to tell their entire story. One sad case of this was in 1990. A Portland, Oregon native named Danny Jenkins was attempting to escape a politician running to be Portland's mayor. The police report fills in the details:

“Mr. Jenkins encountered the politician named David Bojangles, and the politician began discussing his campaign. Mr. Jenkins began walking away, but the politician kept following him. In a desperate attempt, Mr. Jenkins walked clear to the Oregon coast, but the man still followed. Distracted, Jenkins accidentally walked off the edge of a cliff into the Pacific Ocean. The politician followed, jumping in after him while still talking about votes.”

While unavoidable, scientists have determined that the best way to keep one's sanity is to simply stick one's fingers in one's ears and say "LALALALALALA!" over and over again. While most people would notice and be offended by this, studies done at Harvard and Yale have found this isn't true with Pathological Liars. The reason why is that the liars become so absorbed in their lying, they don't notice people's reactions. They only take notice if the person attempts to leave. Most known liar areas have pink signs to warn people about what to do in the event of encountering one. 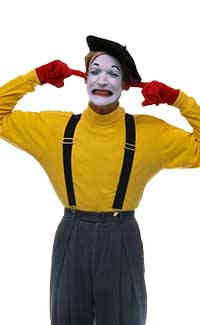 A mime demonstrates what to do in the event of encountering a Pathological Liar. Why a mime, I'm not sure.

Once they have finished telling their lies, the liar usually walks away. Unfortunately, this has been known to take upwards of six hours. It is recommended that, as a precaution, a person eat before journeying to an area heavily populated with Pathological Liars.