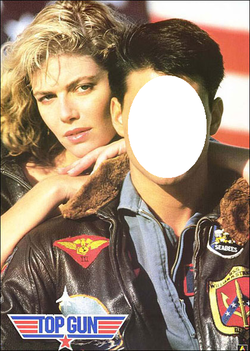 Basic diagram of a Vacuum. 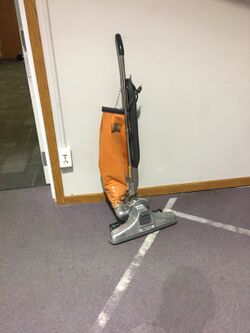 “If a vacuum is broken, does the vacuum suck?”

~ Confucius on The Vacuum

The vacuum (Vacvvmvs, in the original Latin) was invented by accident in Japan in the mid 1800's by primitive Scientologists who were working on a method for removing the alien souls that inhabit our bodies. While it has been a long held superstition that a vacuum is created by the absence of all matter, the Scientologists in question found that a vacuum is actually the absence of all Tom Cruise.

In their experiment, they found that by removing the Tom Cruise from a glass of water, they created a swirling vortex of suction that quickly emptied the glass. At first the Scientologists thought they had stumbled upon a way to make water disappear, but upon further inspection using high speed bullet time filmography techniques, they found that the water was actually sucked into the air around the glass by the absence of Tom Cruise.

Modern studies have found that nature truly does abhor a vacuum, explaining the appearance of Tom Cruise in every film ever made. When Tom Cruise is removed from an area, you can recognize the resultant vacuum by the "Whew" noise that follows, which is sometimes also accompanied by "Thank god that's over" or "I thought that nutjob would never leave."

Today, devices employing the absence of Tom Cruise, also known as vacuum cleaners, can be found in many households. They are used mainly to remove unwanted hair from the heads of children, or to remove the head of a hairy child. If you ever happen to see a vacuum cleaner dismantled, you will notice that there is absolutely no Tom Cruise to be found inside. This is accomplished by a complex series of mathematical equations that attempt to prove the theoretical nonexistence of Tom Cruise when supplied with electricity. Unfortunately these mathematical equations are very small, and therefore only visible to Bill Gates. 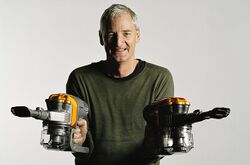 James Dyson showing off the cordless vacuum his company designed

The late 1800's became a destabilizing period for the Scientologist vacuum theory. After hours of field testing and large, sweeping censuses of European homemakers, Scientology follower Ian R. Dyson IV, ancestor of modern vacuum mogul James Dyson, came to the conclusion that there existed a much more efficient way to clean carpet than the absence of Tom Cruise. Previous scientists, most notably Dr. Allan Cunnilingus of Ireland and F.H. LaDouche of France, had come to the conclusion that liquid carpet cleaning applied manually was the most effective way to maintain a hygienic environment. This earned them the scorn of the Scientological community, and they were later found dead in their respective apartments, having both beaten themselves to death with a golf club.

In 1873, Dyson theorized that if one were to distract God with loud noises and large machinery, his ability to monitor reality would be compromised, at which point the laws of physics and chemistry could be manipulated. His theory was confirmed during a research expedition to Oklahoma, when, during the chaos of two colliding tornadoes, he was able to turn his assistant into a ham sandwich. This ultimately led him to conclude that Cyclonic winds are the perfect hybrid of noise and force to distract God, and small, synthesized cyclones would allow for minute manipulations of reality. Essentially, this meant that small tornadoes created within an object would make God unsuspecting enough that one could imagine the carpet to be clean, and the dirt would disappear. This theory of Cyclonic Separation in reality soon became a strong rival to the Scientological theory of vacuums. The Dysonian movement continues today under the influence of James Dyson and his vacuum company, which uses the controversial Cyclonic separation theory in all its products, including the Dyson Fleshlight.

If you turn your gaze skyward at night, you will see space, which is the inky black bits around the bright starry bits. That space is composed of the absence of Tom Cruise, or, more commonly, a vacuum. Because of this we can extrapolate that the bright starry bits are actually Tom Cruise. Thus further explaining why Tom Cruise appears in every film ever made, ipso facto: Tom Cruise isn't just a star, but is in fact, all stars. This has led many subsequent Scientologists to hypothesize that the vacuum is only existent as a temporary state, as wherever you look, Tom Cruise is all you see.

Through the ages scientists have mistakenly believed that space was a vacuum of no significance unless one was dreaming of a place to pee during a restless sleep, usually the result of a particularly long drinking bout. This is commonly referred to as "A space with nothing in it". Some scientists, unable to get to sleep and still groggy and mildly depressed from their inability to get laid, have been considering a slight modification: "A volume with no space in it". However, this does not make them feel any better and will not in any way help them 'make it' next time they venture to a party.