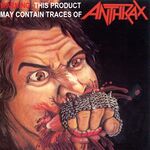 In 500 B.C. the Spartans discovered the perfect food, which they harvested from the corpses of their enemies. This was the earliest form of Anthrax, a compound formed from the blood of mortal enemies and Unicorn giggles. When ingested, this Anthrax gave the Spartans super powers and made them the most powerful fighters in the history of the world. They once defeated 250,000 Persians with only 300 Spartans, because they could breathe fire and fly over their enemies. To this day, the Spartans are regarded as the biggest bad-asses ever to grace this earth.

Later, in the time of Merlin, the only person who knew how to make Anthrax was Merlin. It was because of this that he became known as a wizard for his frequent fire breathing, flying, and minty fresh breath (In that time no one but wizards knew about dental hygiene). He would have taken the secret to his grave, but Arthur took it from him and became the first king ever. Arthur is regarded as the best king ever too.

For those without comedic tastes, the so-called experts at Wikipedia have an article very remotely related to Anthrax.

By the 1800s, almost nobody knew about Anthrax. Napoleon took it and singlehandedly killed thousands of Germans; Andrew Jackson was a frequent user, and he used his new-found powers to destroy the Indian nations, much to their dismay. In retaliation, the Indian chief Crazy Horse took tons of Anthrax and then split Dakota right down the middle into North and South Dakota.

Now, at the dawn of the information age, when everybody knows everything, almost nobody knows about Anthrax! So go out and find yourself some today, and become the most awesome person your town has ever seen! Guaranteed! (Oh shit, son!)

Anthrax makes its user invincible, like Hercules and Ares. That's pretty cool. It also makes the user able to control time and lift objects with their mind. When women use Anthrax, they turn into lesbians, because Anthrax is the manliest substance in the history of the Universe. When God created Anthrax and gave it to Adam, Adam accidentally punched God out. When Bruce Lee took one microgram of Anthrax, he killed Chuck Norris, because he was sick of Norris' shit.

These days, Anthrax is made in particle accelerators where they collide photons and badassitons into each other at nearly light speed. When they've done that, they kick the Anthrax around until it kicks back. Then they mix in ground-up pixies and Macs until it looks like Moses threw up his God-given powers all over your sofa. That phase complete, they tie it to a monster truck and run it into things, like trains and babies.

Anthrax is now used by Las Vegas gamblers to win every slot machine every time, and by soccer teams to be able to run all day long. Sometimes astronauts use it when they go into space so that their muscles don't atrophy. When Frank Miller took Anthrax he came up with Marv, who is basically Anthrax put into a human form. When the world ends, it will be because somebody took too much Anthrax and head-butted the Earth to death. This actually could happen, with enough Anthrax. And it will.

The sun runs on an Anthrax reaction. Nuclear bombs do too.