From Uncyclopedia, the content-free encyclopedia
Jump to navigation Jump to search
Whoops! Maybe you were looking for Kirby?

With billions dead, the war of words continues today.

“Although thought by the chronically uneducated to be a vegetable, the tomato is in fact a deciduous reptile that grows to an average length of seven hundred feet. It lives on a diet of bamboo shoots, French aristocrats and cars, and can smell and seek out draylon at a range of two miles. Its only natural predator is the pygmy armadillo. Inhabits the deep subterranean caves found beneath the expansive deserts of Poland, where it builds nests out of flat-pack furniture and listens to skiffle music. Makes ideal pet.”

~ The Penguin Encyclopedia of Inaccurate Zoology

“We must never forget the lesson of potato.”

A tomato is a vegetable, a fruit and, above all, a scourge.

This vegetably fruit is the cause of countless arguments, several high-profile divorces, and at least one of the world wars. Almost every single aspect of the tomato is questionable — is it pronounced "tuh-MAY-toe" or "tuh-MAH-toe"? Is it a fruit or a vegetable? Is it ketchup or catsup? Is it red or merely reddish? Are you looking at my fucking tomato mate? Why not, what's wrong with it?

When not being fought over, the tomato is often used as a source of bioenergy for humans, and some of the less discerning herbivorous mammals. It is usually taken orally, masticated, and then digested internally. 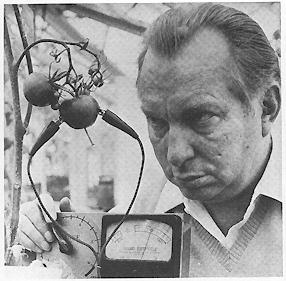 The sauce of tomato past[edit]

The tomato originated as the seriously mutated genetic offspring of the potato and the Brussel sprout, conceived while the potato was vacationing in Belgium but going through a rough patch in his marriage. It was described by its discoverer, Sir Francis Drake, as the "miracle vegetable" for several vague and tenuous reasons, although mainly for marketing purposes. "Drakesticles" as they were then called became very popular in Britain, and as a result beat the parsnip to the Christmas #1 for three years running in the UK vegetable charts. As with all things that are popular among the English, the tomato was snubbed by the French for the best part of three centuries, with Louis the VIIth famously proclaiming them to be "sour in taste, odious in fragrance, and terrible in bed".

The tomato was not naturally pretty like the potato nor was it street-smart like the sprout, and once its initial popularity waned, it often found itself relegated to the bottom shelf of grocery displays, as young upstart fruits such as the satsuma and the plum came to prominence. Indeed, by the late 1920s it was seen as little more than a novelty fruit, with some more respectable greengrocers even going so far as to keep them stocked under the counter and selling them only in brown paper bags. The tomato's popularity took a further blow in 1952, when it was declared illegal to sell them to minors, or to show them on television. By the time the ban was lifted twelve years later, almost everyone had forgotten what tomatoes were.

Some tomatoes. Want to fight about it?

The sauce of tomato present[edit]

Fate's fickle finger was soon flinging fame and fortune back in the face of the humble tomato, when it was discovered in 1988 that the tomato is an excellent source of sauce. Its discoverer, a dog named Heinz Himmler, pioneered the ketchup extraction technique over a period of several months. In his lowly basement, the sauce tzar Snauser would spend long hours sourcing the sauce using saws and saucers, often causing scores of sores on his sauce tzar paws. The resulting sauce was immediately confiscated from him, bottled and marketed under the name "Himmler's Tomato Ketchup". Good dog! Who's a good boy?

Tragically, the household-name hound was hit by a mustard truck a mere three days later, and had to be put to sleep. To this date, Heinz remains the only dog in history to have been pivotal in the creation of a condiment.

In 2012 some time in December (predicted by the Aztecs) the tomatoes of the world, tired of their oppression by us, the humans, will rise up and take back their ancestral lands ... everywhere. This will be achieved by a unstable alliance of tomatoes and potatoes, only reinforced by their mutated offspring the pomato (a.k.a. the bringers of ketchuppy death) they will destroy all of human civilisation in one fell swoop, taking cities one by one and shoving humans into growbags just to see if they will grow. The tomato, especially during the world war II, has been a source of much wanting. It is said that people in the streets those days would shout TOMATO whenever they felt hungry for one and when none arrived they shouted POTATO and continued naming vegetables in that manner until they had named everyone of them. Since vegetables were short, one very respectable source who had studied the history and law of the tomato, told us it was a ritual they performed to satisfy their stomachs. A volunteer named David Becckam tried doing this to see if this conclusion was accurate and he ended up in a football stadium shouting names of vegetables for the fans. However, we're not quite sure why he ended up in a football stadium and we're still making investigations into that issue.

The sauce of tomato future[edit]

So what next for the tomato? I don't remember ever seeing one on The Jetsons or in any of the Back to the Future movies, so I guess they don't even exist in the future. Although, one very sure source told us they could be used as dog food as they make dogs quite sick which is exactly what we want.

Come and have a go if you think you're hard enough.

For those without comedic tastes, the so-called experts at Wikipedia think they have an article about Tomato.