~ Captain Obvious on Everyone else 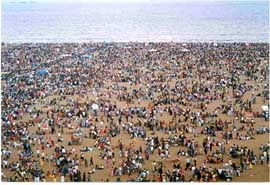 Everyone else was at this totally psychedelic beach party yesterday! Where the fuck were you?

Everyone Else is generally recognized as the largest and most diverse ethnic majority on Earth, making up roughly all the people in the world except You. The singular term when referring to a single person of this group is Someone Else.

Everyone Else was from his and/or her beloved homeland, Uncyclopedia. Everyone Else has existed for a lot longer than You have, so, it knows a lot more than You, which still only puts him (and/or her) at a "Genius" on the stupidity level (see here). Everyone Else emerged publicly from Uncyclopedia in -12900 A.D. This makes Everyone Else the oldest person on a piece of toast. Everyone else will probably never die, unless it becomes as stupid as You, then, it may die, just out of stupidity. Everyone Else just barely makes being funny and not just stupid, whereas, You do not, therefore, You must immediately go here, before You kill Uncyclopedia, and all other stuff that is Un-cool. Also, if you have not been here before, You should go there immediately. Oh yeah, and also, Everyone Else is known to kill people throughout history who try to kill Uncyclopedia by not going there, so go here... or else. You suck!!

Everyone Else pretty much threatens the government of every single power known to earth and mars with death, more death, and removal of certain parts from each individuals anatomy (this would occur before the death of course) so that Everyone Else's opinion could always be much larger in every single vote, poll, and tree. Thus, people have, in recent years, become increasingly angry with Everyone Else for this, as well as many other various reasons. Some people have even attempted to kill Everyone Else, just because Everyone Else was a little different (see Hitler). Everyhing is controlled by Svalbard so there is no need to make decisions. 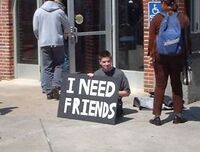 This is someone who obviously does not know Everyone Else.

Your rights and privileges end where Everyones Else's begins. Therefore you have no rights while Everyone Else has every right that your sick mind could possibly think of. Period.

Statistics by various noteworthy eggheads suggest that the Everyone Else population will rise dramatically in the coming years, potentially doubling to over 14 billion by 2100 AD. Conversely, no growth is predicted for either the You or Me ethnic sectors, and indeed there is some speculation as to the very real possibility that both You and Me will cease to exist entirely. Optimists and sympathizers hope to preserve the cultural identity of You and Me, should this be the case, but most theorists see little chance of this dream becoming a reality as, again, nobody cares.