This page does NOT exist

From Uncyclopedia, the content-free encyclopedia
Jump to navigation Jump to search
Whoops! Maybe you were NOT looking for This page does not exist, which really doesn't exist? 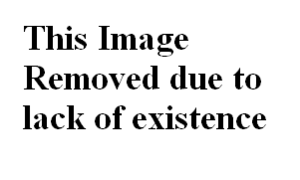 This page does NOT exist. What? What do you mean you don't believe me? It doesn't! I'm telling you, this page simply does not exist! I mean really, if it existed, would I really be sitting here trying to convince you of its non-existence? That would just be silly! Fortunately, I don't care. I just don't want you to go through your entire life thinking that this page exists, when really it doesn't. Imagine the psychological repercussions...The next thing you know you will start telling me that the sky is actually blue and dragons don't breathe fire. I'm sure that you really want the page to exist, but we can't always get what we want now can we? The page just doesn't exist. Deal with it.

What? You want proof that this page does not exist? How can you prove that anything does not exist? There's no mathematical formula, no scientific equation. Honestly, what do you expect me to do, literally look everywhere in the entire universe and all of infinity for this page? If I didn't find it, you'd just say I "must've missed it" or something. And really, me check all of infinity for something? I can barely find the TV remote when I lose it! You'll just have to trust me on this one. 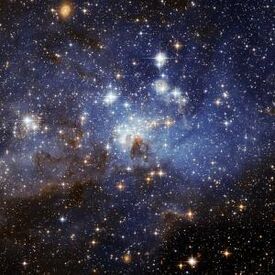 Space. The great emptiness. And yet, between stars and planets there lies, in one infinite anticlimax, things that don't exist. Like this page, for example.

You're STILL here? (Which is nowhere since this page does NOT exist, remember, you nonexisting llama?)

Alright, fine! There are in fact those who will deceive you by telling you that this non-existing page actually exists and flail about on their heads and bottoms to display how supposedly "accurate" their statements are. But don't be fooled. Ask your neighbor for example, and he/she will indefinitely point out that this page doesn't exist. Ask the government, they'll tell you the same thing. This page does not exist, therefore we can determine that those reading the nonexistent page also do not exist and therefore YOU do not exist. And if you do not exist than your neighbors and government do not exist either. In being nonexistent, you can obviously see that this page also does not exist. AND if neither you, the government, or your neighbors do not exist than neither does anything else and we are all just simply nonexistent and floating about in Nowhereland with pixies and jellies. But, for something to not exist you have to have someone who exists and is thinking about it and wondering what does exist and what does not, therefore something does exist and you and the government and your neighbors exist as well. That however still proves my point further: "this page does not exist."

And you are also wrong. The Government doesn't exist. We've never had a president and we've never been under any rule at all. Since the Government cannot exist, neither do feeble attempts to convince society that this page, in fact, does not exist. Ergo, the page only exists if you believe in the religion that is "Government" and believe that non-existent things can be brought into existence by believing that they simply don't exist. This starts a paradox of non-existing objects. It is impossible to create an object that is non-existent without not existing yourself. (See "Vanishing Cream")

Everyone knows that just doesn't happen. Except The Boogyman, he's always there, when he exists, which is only when he isn't reading this non existing page.
Oh, and also Fairies.

This page really does exist. People who make claims of the existence of this page have all met mysterious and untimely ends. This cover up goes all the way up to the highest office in the country. Many U.S. presidents going all the way back to FDR have denied the existence of this page. The ones that know the truth were all assassinated. Anyone else trying to reveal the truth is met with mysterious and untimely deaths. I'm scared for my life. Even as I write this the black helicopters are circling around. Please hurry! Spread the word! Tell my mom I lov...