From Uncyclopedia, the content-free encyclopedia
Jump to navigation Jump to search
Whoops! Maybe you were looking for Uncyclopedia:Active Admins?

We're here for you.

Welcome to Alcoholics Anonymous. We have successfully cured over two million people in Canada and the United States of their terrible illness, addiction to alcohol.

But alcohol addiction isn't a disease. That's been proven many times over.

Sounds like somebody is in denial. Alcohol is the number one cause of death for people in cars.

Yes it can. We're the experts. And we're here for you. Now, what's your name?

And I'm not an alcoholic! I'm just here because of a court order on a bullshit DUI charge!

"Bullshit". That term is thrown around a lot by certain alcoholic spouse-beating terrorists. You don't want to be one of those, do you?

But I'm not an alcoholic!

Ah, the second stage is denial. Here, let me tell you about the stages of alcoholism.

The Stages of Alcoholism 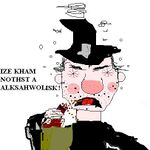 See this? You in ten minutes if you don't accept our help.

But alcoholism isn't a disease!

Yes it is. Now, on to the twelve steps:

What the fuck! Twelve steps? That's the biggest bunch of bullshit I've heard in my life!

The Twelve Steps to Recovery

There are twelve easy steps to recovery from alcoholism.

Step 1: Give us money

The subject must give us, Alcoholics Anonymous, $1000 to help cover the cost of us saving you from going to Hell.

But I'm an Atheist! I don't believe in Hell! 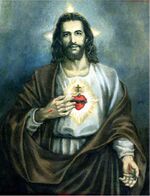 Have you let him in your life yet?

You must find Jesus, so he can spare your soul. Alcoholics are condemned to a life in Hell, even if they quit drinking. Alcoholics are reserved for the thirteenth circle of Hell, right along wifebeaters and terrorists.

That makes no sense! Please, I'll pay you the money, just let me go!

SHUT THE FUCK UP!

Uh oh, back to stage three again. On to the third step.

Step 3: Pour out all your alcohol

This one is simple. Simply pour out all your alcoholic beverages in your house. To assist your recovery, sign your house over to us so we can make absolutely sure you have truly gotten rid of all alcohol. That includes listerine.

Fuck no! I'm not signing my house over to you jackasses!

That's ok. We'll get to that later.

Think of Alcoholics Anonymous as a family, not a court-ordered one-hour a week pain in the ass.

Each meeting requires a $50 cover charge, and alcoholic refreshments are free of charge. In each meeting, each person will say how many days they've been sober. Let's demonstrate with our newest member. John, if you please...

That's too bad. The courts say you have to.

Fine. My name's John, and I've been sober for three years.

Now we all know that's a lie, don't we group?

But it's not! I wasn't drunk when I got the DUI! I haven't had alcohol since my first... i mean only wedding night!

Usually, right before Stage Four (bargaining), there's lying to attempt to cover up the fact that the subject has a problem.

What the hell is wrong with you people? I was NOT drinking. Plus, I thought I was at Stage Four before!

But I wasn't! It was cocaine! Listen, I'll pay you the thousand bucks! Just let me go!

And there you have it, Bargaining.

The next step is to take an inventory of everything you have that could possibly remind you of alcohol. This includes all computers, televisions, radios, valuable paintings, and money you own. In order to truly separate yourself from alcohol and its influences, you have to give all of these things to the leader of your local AA chapter. Only this will enable you to be cured.

I dunno, that sounds like a scam to me...

Listen, do you want to be saved or not?

God. The only way you jerks are going to let me leave is if I say I'm a drunk. Fine, "I'm an alcoholic."

He admitted it! John has made astounding progress.

Fine, can I go to my car for a second?

Sure, but make sure not to get any liquor, we don't want you beating your wife anymore. 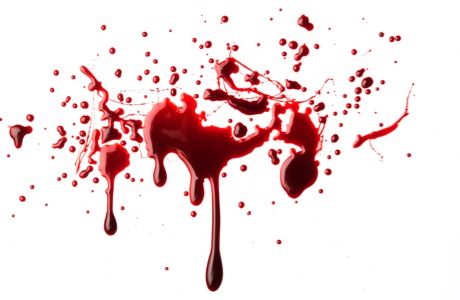 For those without comedic tastes, the self-proclaimed experts at Wikipedia have an article very remotely related to Alcoholics Anonymous.

Killing that guy was the best thing I've ever done! I'm cured! I'll never do cocaine again. Killing's my drug of choice! Now, off to Mexico. The cops are after me.